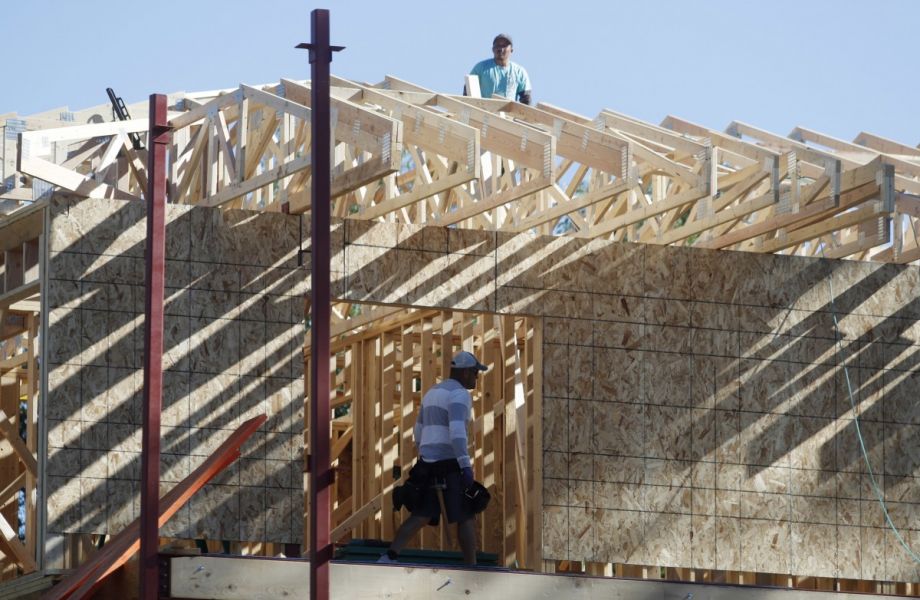 Even with new units coming online, Denver is having challenges building housing that its fast growing population can afford. (AP Photo/David Zalubowski, File)

There were a number of factors keeping the 18,000-square-foot lot at 801 West 6th Avenue, in Denver’s Santa Fe Arts District, from becoming an affordable condo development.

The neighborhood has heavily gentrified, raising land prices. Jeff Shanahan, president and chief executive of Shanahan Development, initially eyed the lot for office development, but the land price was high. When it decreased, there were no clear incentives for him to build affordable homes — the city has mostly prioritized, and subsidized, affordable rental development.

Growing up in a family of educators, Shanahan was interested in how he could develop the site to offer homeownership opportunities to working-class families, especially teachers. A recent study found that a household of one adult, one preschooler and one school-age child needs $65,727 annually just to cover the basics in Denver — but the salary of a first-year Denver Public Schools teacher is typically around $43,000.

“I’m not a big company, so I don’t have the capacity or knowledge to manage affordable for-sale units forever,” Shanahan says. “And the goal here was to keep these affordable forever.”

He initially partnered with Urban Land Conservancy, a Denver nonprofit that acquires, preserves, and develops real estate in underserved areas across the city. “They were a logical partner with the same goal, and the staff to oversee the resale of these units,” he says.

Aaron Miripol, Urban Land Conservancy’s president and chief executive, says the increasing need for affordable homeownership in Denver prompted the partnership. “I don’t know if we would have looked at this site five or six years ago,” he says, “but we’ve seen how crazy the real estate market has gotten on the residential side.”

Most importantly, he adds, when it comes to affordable housing, “we’re doing virtually nothing on the for-sale side.”

To hone in on the goal of affordable homeownership, Urban Land Conservancy brought in the Elevation Community Land Trust. The trust was founded in 2017 with $24 million in initial funding to acquire 700 homes across the city and surrounding suburbs, and, in the traditional community land trust model, lease the homes at affordable prices.

This December, the partners announced the Santa Fe Arts District lot would become home to 92 new condominiums, at least 86 to be permanently affordable for households earning $40,000 to $72,000 in annual income. The mixed-use project, called Inca Commons, will also include 4,000 square feet of commercial space.

The purchase was funded using the Metro Denver Impact Facility, a revolving source of loan capital that Urban Land Conservancy created in 2018. Elevation is also providing significant cash equity to subsidize the 86 condos with price points below $200,000.

“It is such a unique project,” says Stefka Fanchi, president and chief executive of the trust. After joining the partnership and engaging the community, she says, plans for Inca Commons changed to prioritize family housing, with two- and three-bedroom condos. The project is also distinct in that condos will become part of Elevation’s community land trust, remaining permanently affordable for future buyers as the homes are sold and purchased.

Miripol considers it a better way to ensure lasting affordability, a growing concern throughout the city. On the rental side, City Council recently approved a bill to extend the minimum affordability period for new rental projects receiving city subsidies from 20 years to 60 years.

On the homeownership side, preservation has been complicated. Prior to Denver enacting its affordable housing fund legislation in 2017, the city’s main mechanism for affordable housing was requiring that a certain percentage of new, for-sale housing was subject to deed restrictions that limited both the income of the owner and the sales price for subsequent transactions.

But deed restrictions only remained in place 15 years after the initial sale of the home. A bigger issue is that many homeowners of these properties had no idea they were subject to such standards in the first place.

“We’ve seen the challenges to the deed restriction program,” says Miripol. “With Elevation Community Land Trust, the nonprofit owns the ground and the title companies can’t miss that. If someone was to sell their home and try to get full-market value, they can’t because they don’t own the ground.”

The project is new for Elevation, which has had to navigate the city’s housing priorities, as well as increasing demand for affordable housing across the state. “Communities outside of Denver are coming to us,” Fanchi says. “We’re really talking with anyone and everyone who’s interested in the model, and in increasing affordability.”

This partnership with a private developer marks Elevation’s first large condo project. “With over 90 units, we’re able to use that density to serve more families,” Fanchi says.

Inca Commons is expected to break ground in the third quarter of 2019, according to the team, with units expected to be available to purchase in late 2020.