Immersion in the Best of City Biking Can Change Everything 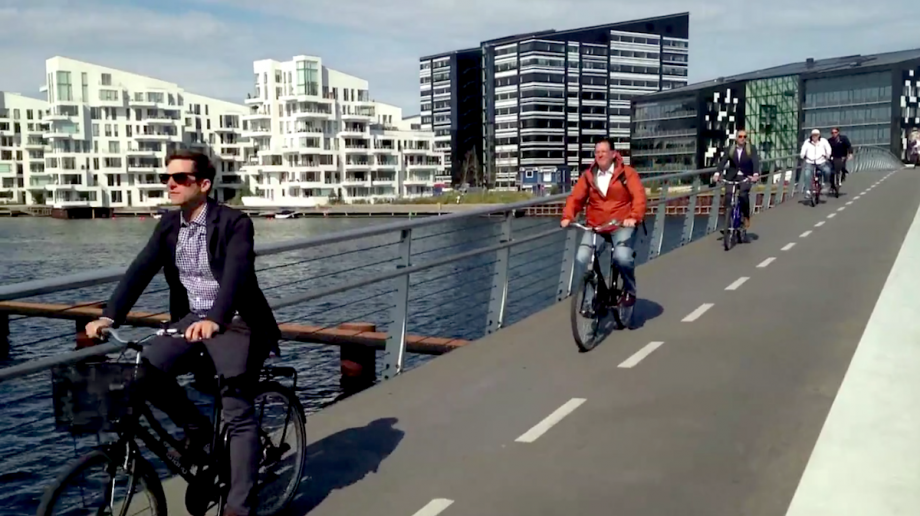 You can’t build it unless you know what it is supposed to look like — and what it feels like in real life. That’s the idea behind one advocacy group’s international study trips. Since 2009, Zach Vanderkooy and his PeopleForBikes team’s Green Lane Project has taken about 250 people from select cities in the United States to look at state-of-the-art bicycle infrastructure in its natural habitat — the cities of the Netherlands, Sweden and Denmark.

When those same people — including elected officials, community organizers, engineers, planners and business leaders — return home, they have a different understanding of how bicycles and top-quality bicycle infrastructure can contribute to the overall quality of life in any given city.

“The tours are 20 percent about bikes,” says Vanderkooy, speaking by phone from the Netherlands, where he was leading a group from Seattle, Boston and Atlanta. “They are 80 percent about how to make our city a better place.”

Now, the study tours will be opened up to applications from any city in the United States. Previously, only delegates from cities selected for the full Green Lane program had been eligible (so far, there have been 12 Green Lane cities: Austin, Chicago, Memphis, Portland, Ore., San Francisco, Washington, D.C., Atlanta, Boston, Denver, Indianapolis, Pittsburgh and Seattle).

To respond to increased demand, the tours are scaling up. PeopleForBikes will be funding trips to Northern European cities in the summer of 2015 for as many as 100 participants, at a cost of about $4,000 per person (airfare is not included). Applications for delegations of between four and 12 people from a given city or region are due by October 1st.

Vanderkooy says that he has seen a dramatic evolution in the attitudes of tour-goers since they started five years ago. “It’s shifted almost entirely away from ‘Why?’ to ‘How?’” he says. “We don’t spend any time wondering whether this is a good idea for the U.S. The core of the study tours is about how to do it our way.”

The technical side of the tours remains important, says Vanderkooy, as those along for the ride discuss things like just what is the best way to protect a bike lane from car traffic or reduce conflicts with drivers and pedestrians at intersections. But the conversations that participants have as they ride around cities such as Amsterdam or Malmö, Sweden, go far beyond engineering questions. “We have found them to be very valuable for building a shared vision,” he says. “It gets people out of the weeds.”

The study trips also moves the conversation about bicycles forward from the entrenched conflicts that are so common in the U.S. “You can extract yourself from that unhelpful dynamic of ‘bikes are good, bikes are bad,’” says Vanderkooy. “Bike are neither good nor bad, they’re just a tool.”

They are a tool, he adds, that can be used to great advantage by municipal officials and community members who want to improve the day-to-day experience of life in their cities. For those who can imagine a different kind of future for American cities, the study tours allow them to see — and feel — what that difference looks like in practice on the ground.

“It isn’t for every city,” Vanderkooy says. “It’s for cities at the front end of the wave, you might say. Being open to new ideas is a prerequisite to being an innovative city builder.”