O’Malley to Unveil “New Agenda for American Cities and Communities” 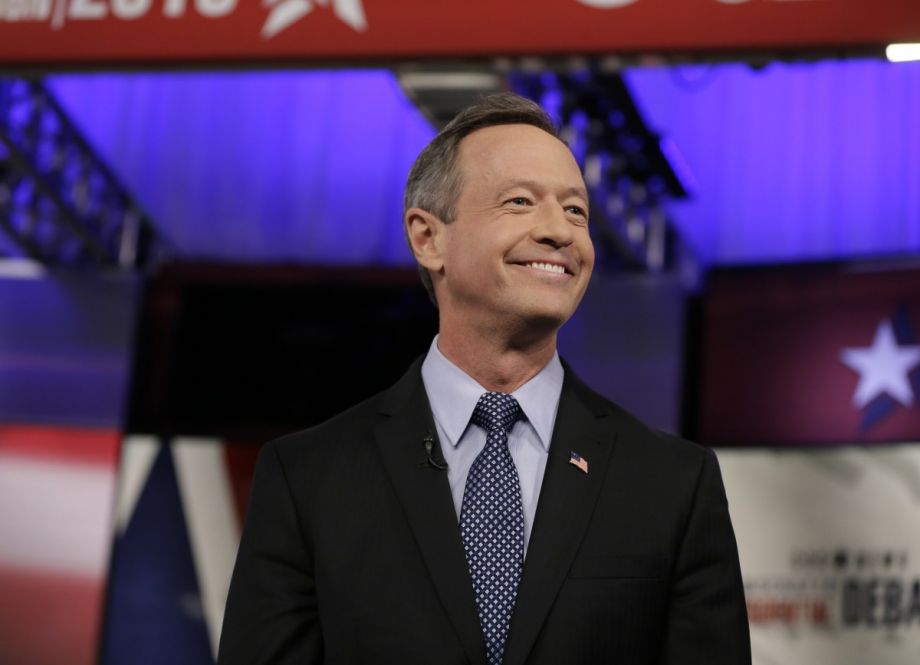 While the Republican presidential candidates continue to focus on a litany of issues that seem to focus on foreign policy — the war on ISIS in Syria, immigration and refugees, terror attacks and national security — the Democrats are now moving toward some pressing national interests within U.S. borders. Namely, issues that are important to the quality of life in America’s big cities and policies that affect the 80 percent of Americans who live in them.

Former Secretary of State Hillary Clinton and Vermont Sen. Bernie Sanders have put out proposals in recent weeks that focus on the nation’s declining infrastructure, which is falling apart faster than the ability to fix. Clinton suggests about $250 billion in improvement, while Sanders extends that up to $1 trillion in work on transportation, waterways and the utility grids.

You can now throw former Maryland Governor and Mayor of Baltimore Martin O’Malley into the mix of candidates who think the American infrastructure mess and other urban issues need as much attention as how many refugees the country takes in. With his “New Agenda for American Cities and Communities” — which he plans to roll out officially in the next week or so in New Hampshire — O’Malley goes further than Clinton and Sanders, and is more holistic, noting that investment in mass transit and affordable housing and investment tax credit are all intertwined.

“Our metropolitan areas are engines of innovation and leaders in sustainability,” O’Malley said in a statement about the agenda. “They foster competition, inclusiveness and creativity that allow communities to flourish. As a result, American cities from Pittsburgh to Los Angeles are building strong, resilient local economies — breaking down cycles of poverty, laying the foundations of a clean energy future, and restoring investments in our common good.”

O’Malley breaks his urban improvement plan into three parts: rebuilding our nation’s urban infrastructure; spurring investments in economic development and our clean energy economy; and ensuring safe, healthy and equitable communities for all.

The problem for funding urban infrastructure is, of course, political in nature. Republicans control the U.S. Congress and 30 state legislatures — where much of the funding originates — and their power base is in sprawl and rural areas rather than with Democratic-controlled inner cities. Hence, transportation projects, for example, often focus too much on building new highways rather than maintaining or improving existing ones.

There is also a short-term gimmick approach to federal spending on anything these days, where the can is kicked down the road and decisions on whether the gas tax should be raised to keep up with inflation tend to be avoided. The key point raised by all three Democratic candidates is that the U.S. is not spending nearly what it should on urban infrastructure: The share of our GDP devoted to infrastructure investment, already low when compared to other developed countries, has fallen by half over the past 35 years.

O’Malley focuses on transportation improvements as key, but does not just say that more asphalt to fill potholes solves the problems. His approach is to restore the Highway Trust Fund, move from gas taxes to mileage-based user fees, and double federal funding for regional and locally directed transit projects.

“Mobility is central to the American Dream,” O’Malley said. “But today, an over-reliance on one mode of transportation — the car — and an underinvestment basic infrastructure have eroded our freedom and ability to move, to get to work and to connect. The next president must empower Americans to choose the mode of transportation that meets their needs and preferences. By building safe, modern, and integrated transportation systems, we can provide better access to economic opportunities, create jobs, lay the groundwork for a clean energy economy, and improve the quality of life for all Americans.”

While O’Malley is lower than even dark horse status at this point in the 2016 presidential race, his experience in city governance may help raise an urban planning discussion among Democrats, one that could carry over into the general election. As mayor of Baltimore from 1999 to 2007, O’Malley is the only candidate in the race from either party that has big-city mayoral chops. And as part of that experience, O’Malley has seen the federal funding get decreased significantly in recent years, particularly for programs such as the Community Development Block Grant.

O’Malley says a reversal is in order. “The block grants empower mayors in communities of all sizes to meet their own unique development needs — from building affordable housing and infrastructure, to expanding social services, to fostering economic opportunity,” O’Malley said. “Yet funding for the program has been cut substantially — by nearly a third since 2010, and down to only 22 percent of the program’s peak.”

In many ways this is a lot of wishful thinking by the Democratic candidates, as Republicans will likely control the U.S House of Representatives until 2020. And while a five-year transportation funding plan is awaiting President Obama’s signature — they are nowhere near doing much more than dealing with emergencies.

Viewing any infrastructure spending initiatives from a Washington, D.C. perch is sort of like seeing the ground from an airplane window at 30,000 feet. The reality is that states and cities are having to deal with these issues in the present, and with real consequences that their citizens see in front of their faces daily. As pipes and bridges and rail lines must be replaced, local leadership has to act quickly and without much time for long-term planning.

So while O’Malley does not have much of a chance in this election, he is one to watch in terms of influencing policy discussion during this campaign and beyond.

“Today, our cities’ biggest challenge is ensuring that everyone — in every neighborhood — can enjoy the benefits of the good things happening in our metro areas,” he said in the New Agenda for American Cities and Communities announcement. “Our country needs new leadership that is eager to empower mayors and local officials, giving them the tools and flexibility they need to make nation-leading progress.”