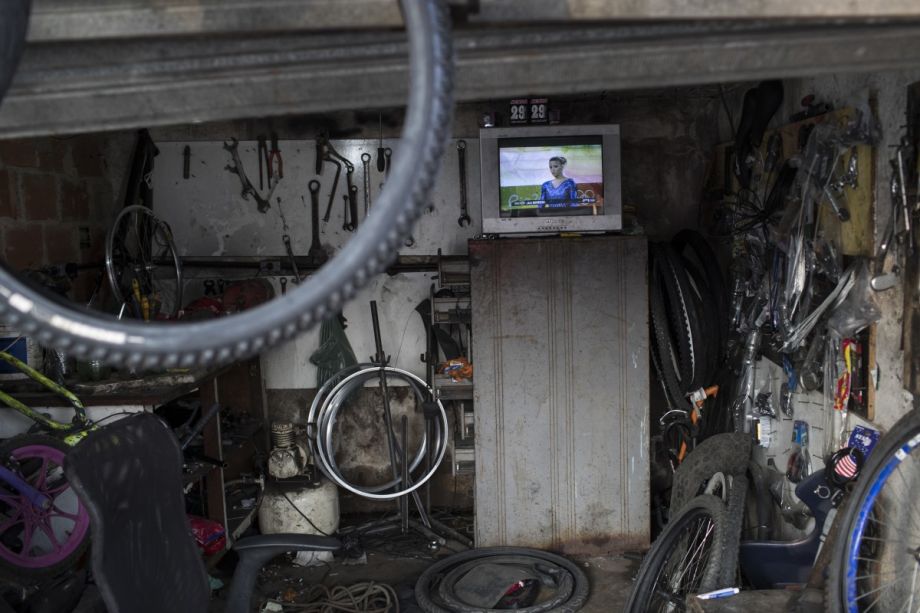 Last weekend, Olympic cyclists rode nearly the length of Rio de Janeiro along breathtaking coastlines and windy mountain roads. Crushing hill climbs notwithstanding, with the streets closed to cars for the race, they had a much easier time taking in the city on two wheels than everyday Cariocas (Rio residents). While the run up to the Games has brought improvements to the city’s bike infrastructure, urban cyclists must fight for space with disrespectful drivers in a society that still regards car ownership as an aspirational ideal.

In fact, ahead of the Games, event ticketholders received a curious set of instructions via email, which specifically advised them to avoid non-motorized transportation, including bicycles, to reach Olympic venues.

The anti-bike message immediately made the rounds on Brazilian social media and prompted an outcry given that investments in bike infrastructure are part of the Rio Games’ broader “social legacy” of improved transportation.

“It’s a total contradiction,” fumes Zé Lobo, head of the Rio-based pro-bike advocacy group Transporte Ativo, in an email to me. But he chalks up the dispiriting message to a “miscommunication.” What Olympic organizers really meant to say, he believes, was that bikes would not be permitted on the grounds of Olympic venues and there would be nowhere on-site to lock them up. It would still be fine to bike to an event and lock up somewhere outside the Olympic perimeter, which his group has promoted via a map of all bike racks within walking distance of the venues.

“Instead of saying ‘don’t come on non-motorized transport,’ what should have been done, at the minimum, was to say that if you want to come by bike it’s important to check where the closest existing bike racks are, and to indicate bike routes or where the 255 bike-share stations are,” says Clarisse Linke, Brazil country director for the Institute of Transportation and Development Policy.

In fact, bikes have proven to be a smart alternative in some neighborhoods given Rio’s monstrous traffic — ranked fourth in the world and made worse by dedicated “Olympic lanes” to ferry athletes and officials across town. Seizing on this option, the Dutch have been spotted around Rio on 250 bikes sponsored by Heineken.

But while two wheels work well enough to navigate the affluent neighborhoods of Ipanema and Copacabana — home to events like beach volleyball, triathlon, aquatic marathon and rowing — getting to the Olympic Park would still be a stretch. In April, a wave unmoored a brand-new elevated bike path and sent it plunging down a cliff into the ocean, killing two. Meanwhile, a promised bike path to accompany a new highway tunnel that bores through the mountains has yet to open to the public, in part because engineers are taking extra precautions since the collapse.

As a result of these setbacks, Rio’s urban cyclists are feeling somewhat neglected given their high hopes for an Olympic-size boost to the local bike scene. “The investments made were low compared to other investments, a lot more could have been done without high costs,” Lobo says.

The new bike infrastructure comes under the auspices of the Rio Bicycle Capital program. Mayor Eduardo Paes launched the initiative in 2009 and announced a goal of developing the largest bike infrastructure network in Latin America, reaching a total of 450 km (280 miles), by 2016.

“There’s still a lot to be done in order to be a bike capital,” affirms Lobo. His organization estimates that 390 kilometers (240 miles) are in place thus far, but the quality varies widely. There are dozens of miles of brand-new bike lanes and cycle tracks, but having lived in Rio during the program’s rollout, I can attest to painted lines on sidewalks and other indignities.

While I escaped unscathed from my three years as an avid urban cyclist in Rio — which often meant close calls with cavalier drivers who treated me as a nuisance at best and a target at worst — Lobo has decades of experience and can take the long view. “It’s gotten a lot better!” he swears, both in infrastructure and respect from drivers. Nevertheless, he says, “We’re still far from the ideal, but we’re progressively improving.”

At the end of the day, he says, the city’s cycling scene has a lot going for it. “Pedaling in Rio is wonderful — the weather is great, there are long flat stretches, little rain, beautiful scenery,” he says. “Our biggest problem continues to be disrespectful drivers.”