Ohio Cities Bring High-Tech Tools to the Fight Against Blight 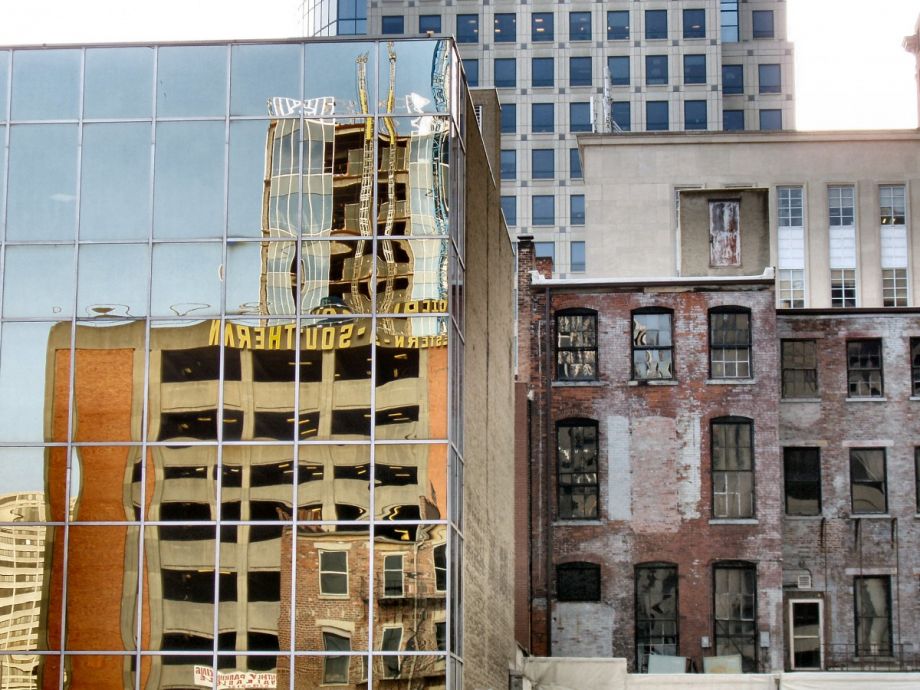 A vacant building in downtown Cincinnati

Until recently, Detroit city officials didn’t even know how many vacant properties the city had, much less which ones they should earmark for teardown or rehabilitation.

Then in 2014 the Motor City Mapping project, a massive, citywide effort to create a comprehensive property dashboard, helped Detroit get its arms around its notorious blight problem. The Detroit Land Bank Authority used the data to make decisions about which houses to save versus tear down. Officials also inventoried vacant and occupied properties for the first time, concentrating their efforts on tearing down vacant homes and preventing residents who are behind on their taxes from losing their homes.

Now the same technology is coming to Ohio, thanks to a $1 million grant from JPMorgan Chase to the Western Reserve Land Conservancy that will allow the agency to create property dashboards for Cleveland, Columbus and Cincinnati. WRLC will work with Detroit-based Loveland Technologies, which developed the Motor City Mapping project.

“We’ve been doing these surveys in a number of Ohio cities, and when doing Dayton and Cleveland, we found that we did not have the capacity with our software package,” says Jim Rokakis, vice president with WRLC and director of the Thriving Communities Institute. “So we sat down with Loveland and struck up a partnership, and that led us to agree to work in other cities.”

Rokakis, who is from Cleveland and served as Cuyahoga County Treasurer from 1997-2011, has spent recent years helping cities create land banks as a tool for removing blight. He says his ultimate goal is to get Ohio leaders more involved in blight removal efforts. Ohio cities face huge blight problems that, if left unaddressed, will not only hurt those cities, but also surrounding regions.

“Our hope is that by getting the data, we’ll be able to present a really clear and coherent picture of urban Ohio,” says Rokakis. “For most cities in Ohio, it really is a very, very difficult time that requires drastic and immediate action.”

Ohio’s mapping project will use publicly available data on property ownership, taxes and other factors, combined with property survey information, to create a customized dashboard for each city. Loveland was chosen because its technology is easy to use and interactive and also allows users to drill down to the data they’re looking for.

Janis Bowdler, head of community development for global philanthropy with JPMorgan Chase, says she is excited about the project because it’s an innovative community development strategy that fosters real citizen engagement. “Folks who are already working two jobs and don’t have childcare, they won’t come to community meetings on a Tuesday evening,” she says. “With mobile technology and partnerships on the ground, they can really have a voice in what’s going on in their community.”

Bowdler says JPMorgan Chase invested in Ohio because of the work Rokakis and his group are doing. “He really raised his hand and said, ‘Blight continues to be a major challenge for us in Ohio, this is what we need here on the ground,’” she says.

In Detroit, Loveland worked with 150 people to survey over 375,000 properties and enter them into an online database with information about their condition, whether or not they are vacant or occupied, whether or not there’s been fire damage or illegal dumping, and so on. Residents were able to update properties in real-time using an app on their smartphones (a process called “blexting,” a combination of the words blight and texting).

The Ohio dashboards will be different for each city. In Cleveland, where WRLC completed a comprehensive survey last year, property information will be put online and residents will be engaged in keeping it updated. Rokakis says city officials will use the data to target blight removal and identify properties with redevelopment potential.

Columbus and Cincinnati have a different set of challenges and opportunities. “Columbus is not losing population, but steadily gaining population,” says Rokakis. “That doesn’t mean there are not blighted areas. It doesn’t mean we can’t use these tools to deal with growth. Cincinnati has less blight than Cleveland, but more than Columbus, and they’re very interested in historic preservation.”

Loveland Founder and CEO Jerry Paffendorf says the technology has been a game changer for Detroit because it is “the most accurate thing that exists as far as getting a look at occupancy, vacancy and condition” of properties. With information in a single, easy-to-use interface that is updated in real time, Detroit residents can get a much more accurate picture of the condition of their neighborhoods.

Rokakis says his ambition of convincing Ohio leaders to deal with urban blight is not a pipe dream. Although the Republican-dominated statehouse hasn’t traditionally been focused on cities, he hopes to present them with a clear, data-driven picture of the problem that will change their minds. He pointed to WRLC’s success in convincing state leaders to spend over $400 million in federal funds on blight removal and foreclosure prevention.

“Yes, I do think we can influence the urban agenda,” he says. “It’s not a uniform set of solutions, but I think we can. You have to try. There’s two choices, you can do nothing — and you see how that’s worked for us — or you can do something. Our efforts have borne fruit so far, so it’s worth it to keep trying.”