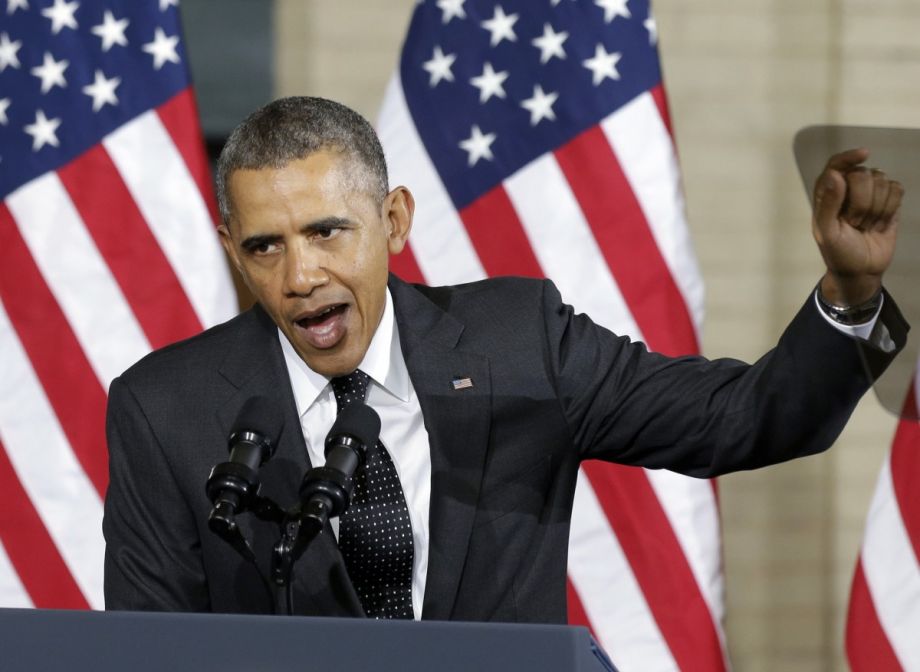 For nearly a year, President Barack Obama has pushed the idea of increasing federal funding for infrastructure by reforming corporate taxes and getting rid of loopholes. On Wednesday, his proposal got a bit more concrete.

Speaking in St. Paul, Minn., Obama unveiled a $302 billion, four-year transportation infrastructure funding plan. While the plan goes into a fair amount of detail on what spending priorities should be, it doesn’t delve too far into the corporate tax reform necessary to pay for it, other than sticking a $150 billion figure on the increased revenues.

Whether the president’s plan passes or not — most observers seem to think it won’t — there is some good news for transit lovers: The U.S. Department of Transportation will make $600 million available for competitive TIGER grant program out of the budget approved by Congress last month. (Last year, 52 projects got $474 million in TIGER grants.) Of the $600 million, $35 million will be set aside not for capital projects, but for planning.

This doesn’t just mean transportation planning, but also planning for “housing and land use development” and “efficiency and sustainable community development.” Competition for TIGER grants, though, is fierce. Only $3.5 billion, out of $115 billion worth of applications, has been awarded since the program’s inception in 2009.

The next largest item is for general mass transit capital projects, which would get $72 billion, a 70 percent increase from the past. This would be spent on both new lines (the examples the White House fact sheet gives are light rail, streetcars and bus rapid transit), as well as shoring up existing systems through capital improvements. (Recall that the Federal Transit Administration is now accepting applications for New Starts projects that merely upgrade existing lines, with Chicago being approved as the first applicant.)

In addition, the White House would like to set aside $19 billion specifically for rail programs. “The proposal also includes nearly $5 of billion annually for high performance and passenger rail programs,” the White House fact sheet reads, “with a focus on improving the connections between key regional city pairs and high traffic corridors throughout the country.” (There’s no specific mention of high-speed rail, which was at one point the president’s signature transportation initiative but which has since been bogged down in partisan politics and an ailing flagship line in California.)

The proposed spending would also include $5 billion to ensure that the TIGER program continues — double what was previously spent.

Way down at the bottom is an item that warms my heart: A new, competitive funding program, to the tune of $4 billion over four years, to “incentivize innovation and local policy reforms to encourage better performance, productivity, and cost-effectiveness in our transportation systems.” While the fact sheet doesn’t expand on the proposed program beyond that, one project stands out as something that could qualify: San Francisco’s Transit Effectiveness Project, an effort to reduce travel times on buses and light rail lines by moving and consolidating stops, improving boarding flows and painting dedicated transit lanes.

“I think it’s good,” Sen. Barbara Boxer (D-Calif.) said of the president’s proposal, “but I don’t hold out hope for it.”

While policy wonks generally favor hiking the federal gas tax — which hasn’t been raised since 1993 and is, in real terms, the lowest it’s been since the 1980s — to pay for transportation programs, that seems like even more of a political impossibility. “They’re spending too much time in Colorado in a pot shop if they think that an increase in the gas tax is going to happen,” Rep. John Mica (R-Fla.), chair of the House Transportation and Infrastructure Committee, said on Wednesday at a committee panel. “Get off the gas tax. It’s not going to happen.”

Some sort of surface transportation reauthorization must be passed by September 30, but there’s no guarantee that it will include everything the president wants.