Crunching the Numbers on a $76B Tax Credit for Renters 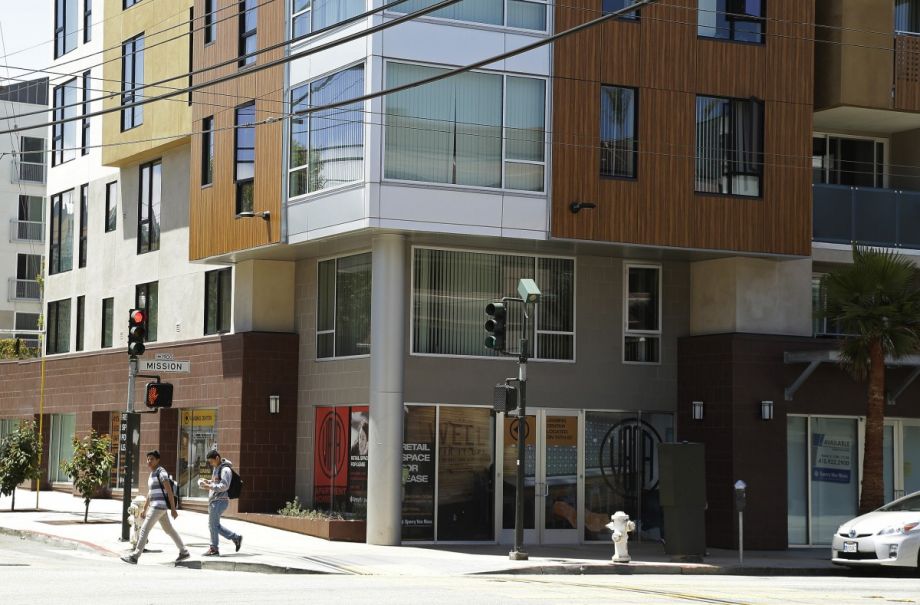 Nearly half of American renters pay more than a third of their income in rent, and yet federal tax exemptions for homeowners are more than double the subsidies for renters. In other words, as the housing affordability crisis worsens, fueled by a growing renter population and rents that are rising faster than incomes, higher-income homeowners are still getting a better deal.

A new paper from the Terner Center for Housing Innovation at UC Berkeley considers using the tax code to ease renters’ burden as well. The paper suggests the Federal Assistance in Rental (FAIR) credit might be structured in one of three ways, all of which aim to alleviate or eliminate rent burdens for households making 80 percent or less of area median income.

In the Rent Affordability option, the most ambitious, all rent-burdened low-income families would receive a tax credit equal to the difference between their income and their rent or the HUD-established fair market rent, to ensure they pay no more than 30 percent of their income in rent. It’s a similar concept to the universal housing voucher program suggested by Matthew Desmond in his book Evicted. The paper’s authors estimate 13.3 million families would qualify, with the average monthly credit being $457.

This would be the most expensive option, with an estimated $76 billion price tag, but the paper also suggests it might lead to savings in other federal expenditures. If it could reduce homelessness and poverty, for example, money currently spent on healthcare and anti-poverty measures might be directed to other means. It’s still a major investment, but the researchers say it’s roughly equivalent to the amount of the anticipated 2016 cost of the mortgage interest tax deduction awarded to homeowners. Many who’d be eligible would likely need help accessing it, since it would be delivered directly to residents through their tax returns and extremely low-income households are far less likely to file income taxes.

The more modest Rent Reduction option would actually provide a credit to more families, 15.1 million, but at a smaller amount: 33 to 12 percent of rent. With an average monthly credit of $227, fewer families would cease to be rent-burdened in this model (defined as spending more than a third of income on rent), but nearly all residents making less than 80 percent of area median income would receive some financial relief. This option would cost an estimated $41 billion. 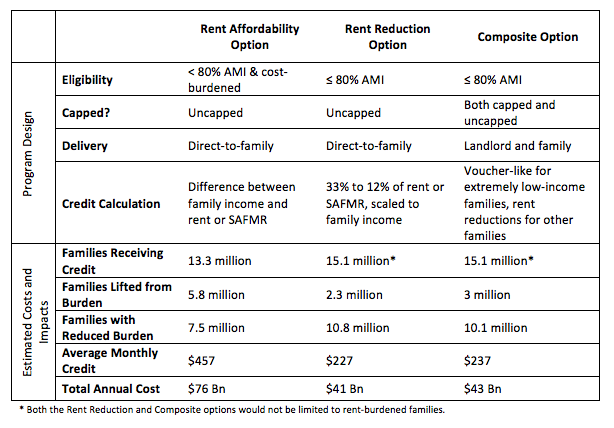 Then there’s a composite of the first two options, offering Rent Reduction to the majority of families and the more ambitious Rent Affordability relief to a smaller number of extremely low-income families. It would also assist 15.1 million households, with just a slightly higher average monthly credit ($237) and a price tag of $43 billion. Unlike the first two options, recognizing the difficulty of reaching extremely low-income families through the tax code, this credit would be provided to landlords, who would then pass off the benefit to their tenants.

Implementing such a policy would go a long way toward shifting the priorities of the tax code, which currently favors higher-income Americans. Homeowners receive over $140 billion in subsidies, mostly through the mortgage interest deduction, while renter subsidies total just $60 billion. The average mortgage interest deduction for a household making more than $200,000 is $5,300, while it’s just $300 for a household making less than $50,000. 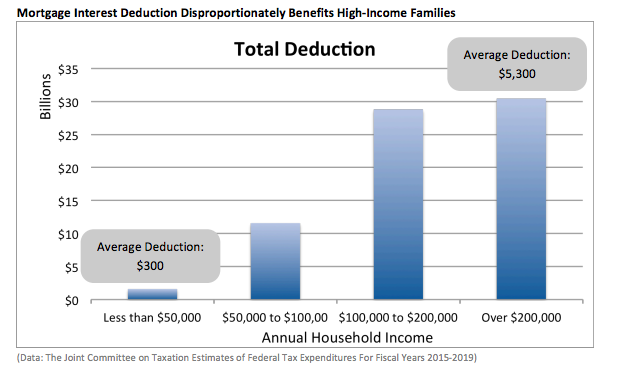 The Terner Center paper argues that tax expenditures are a proven means to deliver federal funding for lower-income people too, however. The Low-Income Housing Tax Credit funds approximately 100,000 affordable rental units a year. And according to the paper, the Earned Income Tax Credit “lifts more working families out of poverty than any other federal program.” But while all homeowners are eligible for tax deductions, only one in four low-income families eligible for housing assistance receive it today. 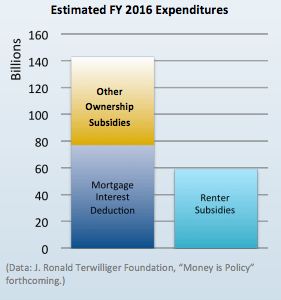 The researchers also note that the FAIR credit program could be delivered through an existing tax credit, or a new one just for rental assistance could be devised. It could be capped at a specified level of annual funding, as the LIHTC is, or uncapped. It could be designed to reflect local housing costs, which vary widely across the country. It would be most effective, they note, if the IRS could deliver it monthly as opposed to annually.

And it probably couldn’t be rolled out all at once. The paper suggests it might initially be restricted to families with children, or begin as a smaller credit before growing to its full capacity. But it also cautions, “Piecemeal solutions to the crisis of rental affordability are inadequate and housing programs funded by appropriations will never be sufficient to address renters’ housing needs. … The FAIR Credit represents one idea for a substantial improvement, and an equitable solution to the rental affordability crisis that we believe deserves serious consideration.”