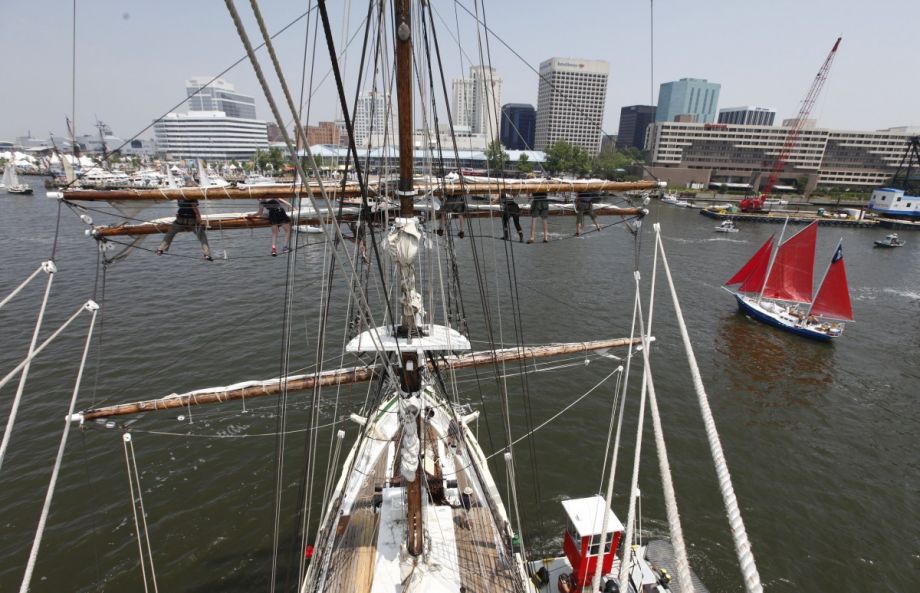 It often feels as if each week brings a new, increasingly grim batch of climate news. Last week, the journal Nature published evidence that the Antarctic ice sheet is much more vulnerable to melting from a few degrees temperature rise than previously thought. That by itself could contribute an additional 3 feet of sea level rise by the end of the century (on top of sea level rise caused by other glacial melting). For coastal cities such as Norfolk, Virginia, staring down a flooded future, the conversation has moved from if they’re at risk to exactly how bad flooding impact will be and how best to mitigate disaster.

To that end, the city of Norfolk partnered with Sandia National Labs — Lockheed Martin’s federally funded nuclear weapons and energy research lab — to do an in-depth analysis of flood risk and the local, national and global financial impact a flooded city could have. Norfolk is one of the Rockefeller Foundation’s 100 Resilient Cities, which is funding the city’s resiliency work (though Sandia provided funding for this particular analysis).

Christine Morris, Norfolk’s chief resilience officer, explains that the study will not only help them understand where and how badly their city will flood, but make a case for the significant spending they’ll need to do to mitigate that impact.

“People talk about the cost of mitigation and how expensive it would be. We understand that infrastructure projects are costly. But we can’t just look at mitigation as an expense. It is an investment because we are home to Norfolk naval station and the Port of Virginia,” Morris says.

Norfolk is a small city with about 250,000 residents. The Hampton Roads metropolitan area has a population of 1.7 million. Morris says they have an outsized significance, however, because Naval Station Norfolk is the largest navy base in the country, the Port of Virginia is the fifth-busiest U.S. port and the port contains Lambert’s Point, one of the largest coal export terminals in the Northern Hemisphere.

To conduct the study, researchers at Sandia modeled the impacts of a 100-year flood lasting four days if there was no sea level rise, 1 foot of rise and 3 feet of rise. They then looked at the potential local and global economic impact of those flooding scenarios. Sandia used an analysis tool they developed with the Department of Homeland Security to analyze the compounding impacts of global pandemics, terrorist attacks, financial crises and natural disasters.

“We were looking for the first city to do a proof of concept and apply our tool to the municipal level,” says Robert Jeffers, senior system analyst at Sandia. “We wanted to provide a set of information that’s really actionable. For a city, you really have to do highly detailed calculations so you know this city block is flooded, this city block is not. For an electric substation there’s a big difference between 4 feet of sea level rise and 3 feet of sea level rise.”

Sea level rise is a unique problem and it’s uniquely intense for the mid-Atlantic region,” Jeffers says. “There are multiple factors at play that will make sea level rise a much more intense problem going forward.”

The report doesn’t put a number on the regional, national or global cost of Norfolk’s flooding. It does point out that because goods from all around the East Coast and across the Midwest are shipped through the port, a flooded and unusable Norfolk would make an impact. Similarly, coal shipped out of Lambert’s Point is used in Brazil and Europe.

“If that capacity would go away for a week, there would be a hit to coal exporting. If you don’t have significant storage at the place of use, it is going to impact the countries that rely on coal,” says Jeffers.

Sandia’s analysis found that future flooding likely wouldn’t shut down operations at the Norfolk naval base because the military has developed their own contingency plans, but it could slow down operations and significantly increase their costs.

The report stops short of recommending how Norfolk should mitigate the impacts of flooding. Morris says now that this report is complete they’re beginning work with the U.S. Army Corps of Engineers on a flood mitigation study that will direct their future investments.

“We look at this as a step in a process,” she explains. “We identified that there’s great value in investing in Norfolk. We’ll absolutely use the information in this study to that study.”

When it comes time to build the sea walls and flood channels and other major infrastructure necessary to stem flooding impacts, Morris hopes studies like these will help them make the case Norfolk is worth it.

“We’re hoping other governments and financial mechanisms are recognizing the value of cities on the coast … their role in allowing commerce and global security happen. It’ll be a combo of local, state, federal and private investment and it’ll be over time.”

But though they’re a long way from figuring out how to mitigate flooding, Morris says there’s one strategy they’re not going to consider: moving.

“Norfolk has been here since the 1600s because of its position on the water at the mouth of the Chesapeake. We’re a working water city. Certain cities are just going to have to understand how to adapt to live on the coast in the future. We think we can do that.”