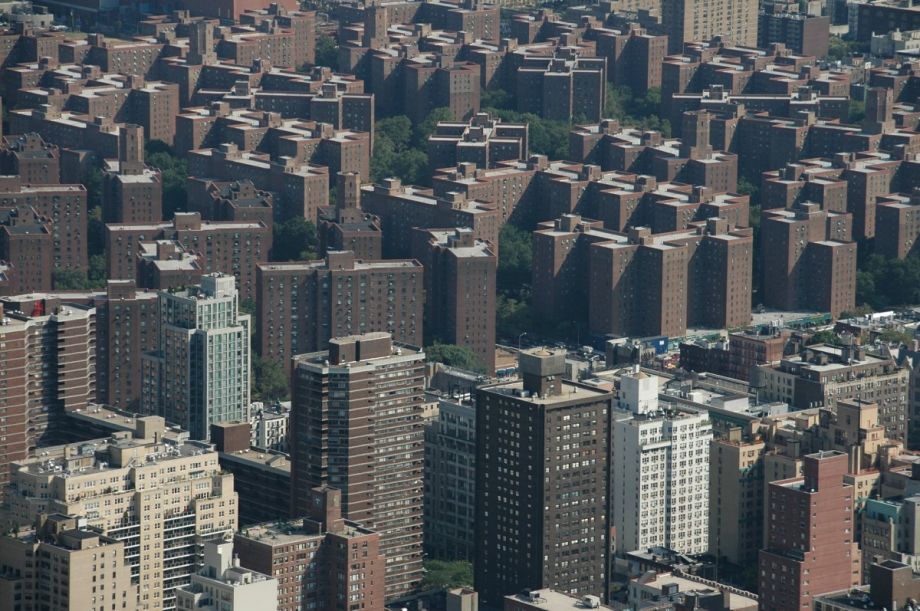 (Photo by PatternPictures from Pixabay)

A nonprofit housing developer in New York has bought a six-story apartment complex in the Mt. Eden section of the Bronx with plans to renovate its 58 unregulated units and preserve its affordability long term, thanks in part to a new initiative from the city’s Department of Housing Preservation and Development. The Neighborhood Pillars program, which was officially launched at the end of last year, provides early technical support and down-payment assistance for potential buyers, including nonprofit groups, looking to acquire rent-stabilized and unregulated apartment buildings in New York. The 58-unit acquisition in the Bronx is the first to be completed by a nonprofit buyer, the Settlement Housing Fund, a 50-year-old affordable-housing developer that has focused much of its work in Mt. Eden.

The Neighborhood Pillars program is meant to help preserve affordable housing in neighborhoods that are experiencing gentrification pressure. It is available for acquisitions of multifamily buildings that are rent-stabilized or unregulated, but not for properties that are rent-controlled or income-restricted. To participate in the program, buyers have to agree to set aside at least 30 percent of units for permanent affordability, with none of the units being rented above 120 percent of AMI for the 30-year term of the loan. The program offers larger per-unit subsidies for buildings with lower average rents.

Kim Darga, associate commissioner of the Department of Housing Preservation and Development, says the Neighborhood Pillars program was designed with the intention of helping to preserve buildings that weren’t likely to be targeted through the New York City Acquisition Fund. The fund, which was created in 2006 and is overseen by Enterprise Community Partners and the Local Initiatives Support Corporation, hasn’t been used to acquire many unregulated or rent-stabilized buildings, Darga says. That’s partly because nonprofit or mission-driven for-profit buyers have not been able to compete at the very earliest stages of the acquisition process, Darga says. The Neighborhood Pillars program helps them do so not only by providing per-unit subsidies, but also by assisting buyers with sourcing properties as well as negotiating and creating acquisition contracts. Potential buyers responded to a Request for Qualifications released by HPD last year, and selected respondents pre-qualified for loans and assistance.

“The purpose of the [Acquisition] Fund was really to help organizations do more and to go out there and be competitive, and one of the gaps in being able to do so was having access to additional resources at this very early stage in the process,” Darga says.

Darga says the Neighborhood Pillars program is meant to plug holes in the Department’s broader strategy for preserving affordable housing.

“With respect to our preservation work, including Neighborhood Pillars, there’s a couple things that we want to be able to support,” Darga says. “If there are buildings where there’s immediate or longer-term risk of loss of affordability or displacement, we want to make sure that we are providing affordable housing for the current residents, and also longer-term affordability.”

Wells Fargo and the Community Preservation Corporation (CPC) each gave $2 million to support the program’s down-payment assistance fund. Robert Riggs, New York City regional director for CPC, said in an email that rent-stabilized and unregulated apartments “form the backbone of New York City’s housing stock.” The viability of that stock is threatened by market pressures, Riggs said, and was particularly at risk prior to the recent update to New York’s rent stabilization rules, when new owners were “work[ing] aggressively to take units out of stabilization.” The Neighborhood Pillars program lets preservation buyers compete with market-rate buyers, he said.

“While being careful not to overpay for buildings, the program provides direct subsidy and tax abatements to offset long-term affordability and still pay market prices for buildings,” Riggs said. “The program targets individual buildings where the stabilized rent roll is already below market, locking in affordability.”

The building on Wythe Place in Mt. Eden was once a luxury hotel, Riggs said. Its residents are currently paying below-market rents, and the acquisition of the building by the Settlement Housing Fund will include upgrades to the facade, roof, floors, and electrical systems.

The Neighborhood Pillars program has also supported acquisitions by four for-profit entities. In total it has helped buyers acquire 339 apartment units across ten buildings, according to a press release. Darga says that HPD was aware of programs aimed at preserving affordable housing in San Francisco and Los Angeles, but not of any that provide the same range of services as Neighborhood Pillars, including help with sourcing acquisitions and negotiating contracts. The Department hopes the program will help acquire and preserve 7,500 units over the next eight years.

“Having a tool that allows preservation and affordable-housing-minded organizations to purchase those properties and also keep them affordable, that is a really critical tool and fills a necessary gap,” Darga says.