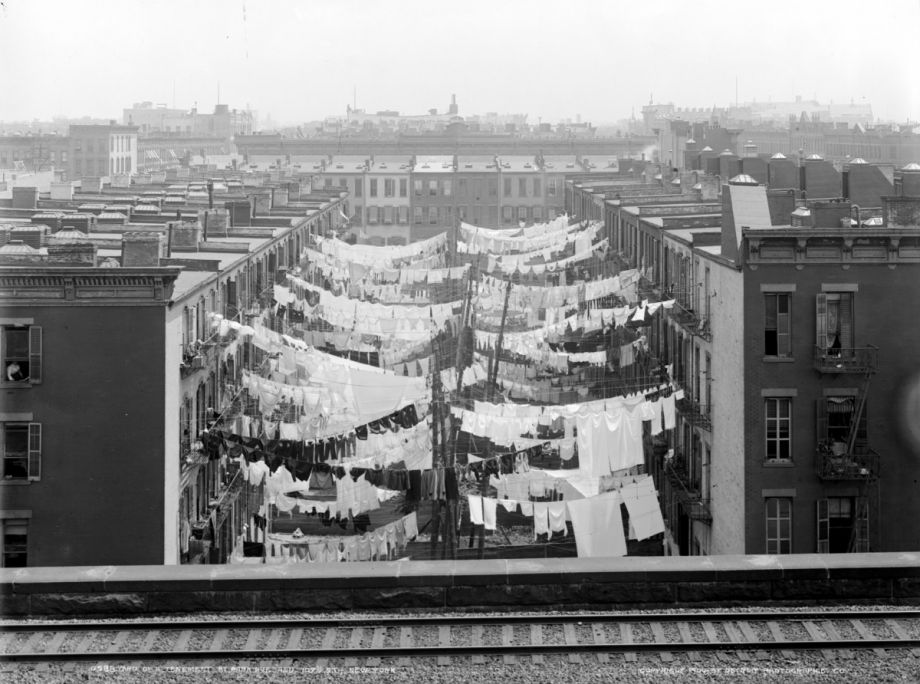 Stigma around single-room occupancy units in the first half of the 20th century led to new SROs being banned in New York, but a new report argues they should make a comeback. (Photo: Library of Congress)

For much of the last century, tiny apartments with private bedrooms and shared kitchens and bathrooms were standard fare in New York and other American cities. Known as Single Room Occupancies (SROs), they provided an affordable dwelling for low-income residents, newcomers, and single folks who didn’t need much space. But over time, SROs gained a reputation — only some of it deserved — as slummy havens for vice and crime. In the latter half of the 20th century, New York moved to outlaw new SROs and successfully phased out many existing ones.

But with the cost of living creeping ever higher in the city and more than 436,000 New Yorkers living alone and cost burdened by the rent they pay, housing advocates are thinking about 21st-Century SROs. A new report from New York University’s Furman Center looks at whether micro units and tiny apartments with shared amenities can be viable options for both renters and developers in today’s real estate market and explains what it would take to make modern SROs a reality.

“Safe, legal, well-enforced housing where single people can rent a room and share amenities is absolutely needed. The demand is clearly there,” says Sarah Watson, Citizens Housing Planning Council deputy director. She points out that many single people already treat multi-bedroom apartments as informal shared amenity units with roommates they find on Craigslist and there are likely more than 100,000 illegal SROs still in operation in New York.

For each unit style, they modeled the construction costs of a mid-rise building consisting of just that type of unit. They used four different land costs for each model: $0, $50, $200 and $450 per square foot. When the land is free, efficiencies with shared kitchens and baths could be rented for $840 per month while still being worthwhile to the developer. That rent would be considered affordable to someone earning 51 percent of area median income. A unit with a private bath and shared kitchen could cost $1,170/month. The 300-square-foot micro unit could cost $1,240/month and the standard 400-square-foot studio could cost $1,480/month.

At the highest land cost, $450 per square foot, Furman Center found similarly deep savings for the smallest units. For the smallest efficiency unit, rent could be $1,340 per month. A standard studio could be $2,360 per month, which requires a tenant earning 142 percent of AMI to afford. The average cost to rent a Brooklyn studio is currently $2,190 a month, according to Rent Café.

Furman Center Executive Director Jessica Yager says they imagine both nonprofit and market rate developers pursuing micro units and shared-amenity efficiencies. But there are some major legal and practical barriers to overcome before that can happen.

Nonprofit housing providers and hospitals can operate existing efficiency units with private rooms and shared bathrooms and kitchens. But in the push to rid the city of SROs, New York banned the creation of new market-rate SROs and rooming houses. The Furman Center says a revised law that allowed market-rate efficiencies would help meet demand while giving the city better oversight on the quality of units.

But that is changing slowly as more micro units and other tiny housing types get built in New York and elsewhere. New York’s first modern micro-unit building opened in 2016. Carmel Place was a Mayor Michael Bloomberg administration pilot project. It has 55 studios ranging from 260 to 360 square feet.

“There’s definitely still a stigma around SROs because of some of the experience of the last century,” says Yager. “[But] Carmel Place did really help push the conversation forward. There’s a growing acceptance that small spaces can be well run and safe, healthy spaces to live and can be built more cheaply.”

Efforts to create modern SROs in other cities have been met with pushback. In 2009, Seattle developers began building housing with tiny, 140-square-foot units. Protests over density and the suitability of tiny living spaces led to larger minimum unit sizes and other requirements that ultimately increased the cost of rent.

Yager thinks New York could alleviate concerns with a city-backed pilot project like they had with Carmel Place. They could test a shared-amenity model and work out the kinks before opening it to market-rate developers.

To Watson’s mind, people are going to seek out spaces they can afford, legal or no, so the city should work to make it above board. “The bottom line is people are already sharing,” she says. “They’re already living in these arrangements in the hundreds of thousands because that’s just the reality of living in this city. We have to try to do it safe and legally, not informally.”