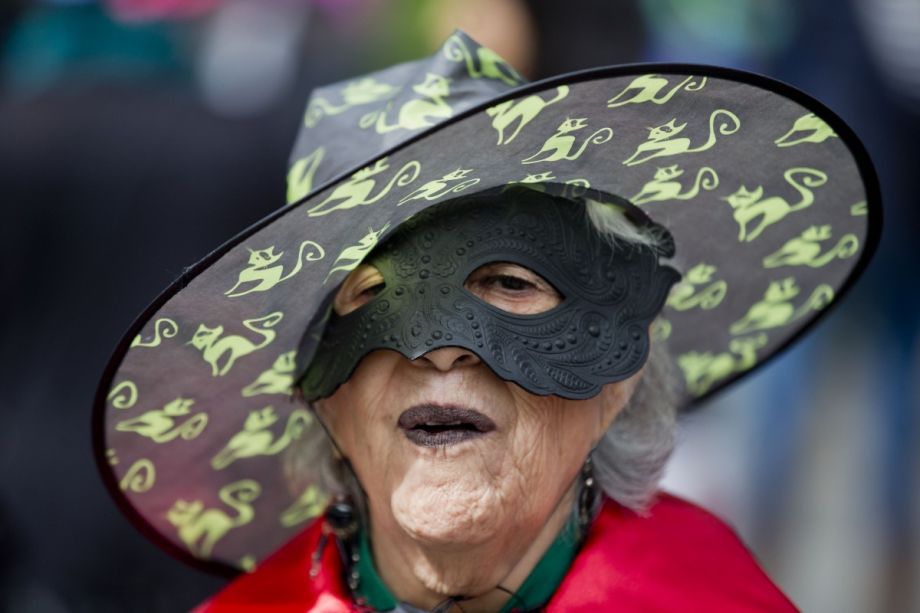 A woman from a senior citizens social group coined “Golden Age” wears a costume to commemorate Day of the Dead in Mexico City in 2015. (AP Photo/Esteban Felix)

The global population is both urbanizing and aging at historically unprecedented rates, particularly in low- and middle-income countries. Fifty-seven percent of the world’s older people — that’s 900 million — live in towns and cities, and that figure is projected to rise to over 2 billion by 2050. There are already more older people living in Latin American cities than the entire populations of São Paulo, Mexico City, Buenos Aires, Bogota and Lima combined, while in African cities, it is more than the entire populations of Lagos, Cairo and Nairobi combined.

This will change the way we live, work, play, socialize and experience our urban environments throughout our lives and into older age. This year’s Habitat III conference in Quito, Ecuador, provides a unique opportunity to ensure that our growing cities respond to aging urban populations with perspectives and policies that can build inclusive, sustainable, secure and prosperous communities for all.

As co-chair of Habitat III’s Older Persons Partner Constituent Group, working to ensure older city-dwellers worldwide receive fair representation in the development of the New Urban Agenda, which will be adopted in Quito, I offer 10 critical areas deserving closer attention.

Build cities for all — Our rights in the city are often compromised, particularly in older age, due to the social, economic and spatial characteristics of our cities. Negative ageist stereotypes and a lack of understanding of the diversity of old age often leads to the marginalizing of older citizens. We must ensure cities are places where everyone can enjoy the fulfillment of their rights, regardless of their age. Cities must combat age discrimination in all its forms to ensure our rights are protected and promoted throughout our lives.

Invest in sustainable transport — Affordable, accessible and appropriate public transport becomes increasingly relevant in older age for maintaining social connectedness with family and friends and providing access to services and work. It also reduces air pollution and congestion, creating pleasant places for people to live, work and enjoy themselves.

Foster intergenerational communities — Cities are home to diverse and varied people of all ages. Our communities must encourage social and intergenerational interaction and develop neighbor and community relationships to expand our social support networks, strengthen our resilience to humanitarian emergencies and combat social isolation.

Design housing for life — Affordable, secure and tenured housing must be provided for all, with flexible design to cope with our changing needs as we age. Housing policies must support tenure rights, particularly for older women, and recognize the inherent value of informal settlements and the social networks that people rely on. We must enjoy the right to age in place and be provided with different options as to how and where we wish to live our lives.

Recognize informal street-based livelihoods — Urban life is expensive, and many older people live in poverty or work in the informal economy, offering limited security. The role of streets and public spaces in facilitating individual and small-scale informal economic activity, vital to the livelihoods of millions in low- and middle-income countries and particularly in older age, should be recognized. Changes to public spaces must avoid disrupting these vital income-generating activities and provide improved, safer wealth-building opportunities for all.

Sion Jones is the urbanisation policy officer at HelpAge International and co-chair of the Older Persons Partner Constituent Group for Habitat III.