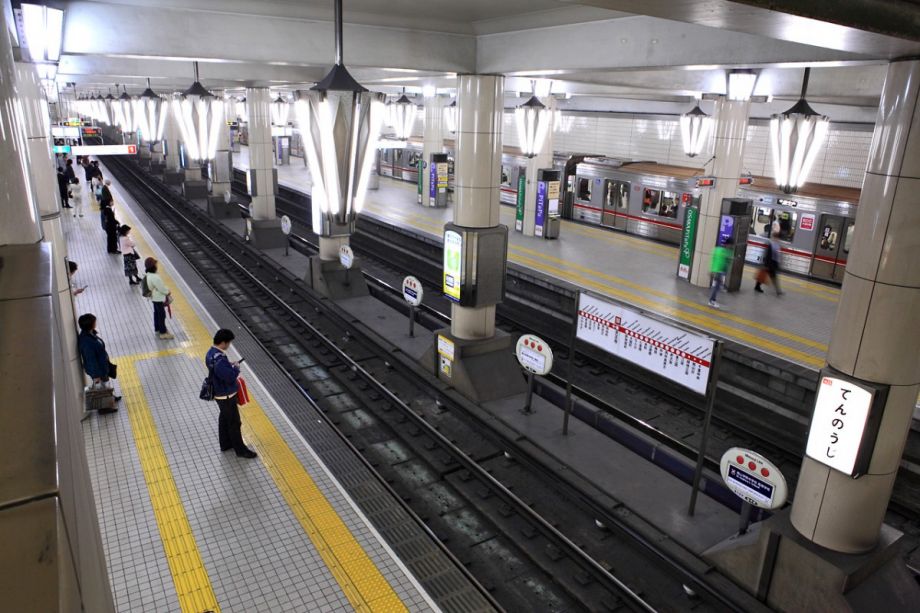 Over a 15-year period starting in 1987, the Japanese government undertook one of the most ambitious privatizations in history, moving its most heavily traveled railways from public ownership into private hands. The privatization of Japanese National Railways – whose assets on Honshu (Japan’s main island) were split into three separate companies (JR East, Central and West, each centered around one of Japan’s three major metropolitan areas) – was a roaring business success. JR East, which runs commuter, intercity and Shinkansen lines in Tokyo and the surrounding region, doubled its revenue over the 15-year period, cut its payroll by a third, upped its per-capita passenger-miles by two-thirds, all while cutting the number of accidents by nearly 60 percent and keeping fares more or less flat.

Now Osaka, Japan is looking to repeat the magic, but this time on its city subway network – which, if successful, would be the first government subway system in the country to be sold off. Privatization of the Osaka Municipal Subway (which is just one of many rapid transit networks in the metro area, since in Japan private suburban railways are indistinguishable in operation, and even in the density of surrounding neighborhoods, from subways) has long been a goal of Mayor Toru Hashimoto, of the right-wing nationalist Japan Restoration Party. And now his close political ally and co-partisan, Osaka Prefecture Governor Ichiro Matsui, is also on board. “I am ready for the subway sale any time,” he told Bloomberg, citing “economic stimulus” and “economic revival” as motivating factors.

The sale would follow the traditional gradual Japanese method of rail privatization, whereby the government first transfers assets and operational responsibility to a separate but still government-owned entity that is expected to run it profitably, with an eye toward later selling the shares to the public (the largest shareholders end up being Japanese banks), completing the privatization.

The move follows on the heels of the sale of another one of the prefecture’s railways, the “third sector” (that is, owned in combination by government and the private sector) Semboku Rapid Railway. After some controversy – local politicians rebelled against a sale to Dallas-based Lone Star Funds, the highest bidder, because another bidder had promised to cut fares even more drastically – the sale eventually went through, with a local private suburban company, the Nankai Electric Railway, buying the 14.3-kilometer railway and its associated assets for $732 million.

Not to be outdone, the Tokyo Metropolitan Government (TMG) is considering selling its 46.6 percent stake in Tokyo Metro (not to be confused with Toei, another city-owned subway network, or the dense tangle of private and JR East subway-like suburban lines that radiate out from the capital). Tokyo Metro underwent the first phase of privatization in 2004, but remains jointly owned by the central government and TMG. In the quarter ending September 30, 2013, Tokyo Metro took in 194 billion yen ($1.9 billion) in revenue, and made 28 billion yen ($274 million) in profit.

Last week, Tehran opened a 12-km extension of its metro’s Line 3, built between the city center and the southwest. Tehran had an ambitious 430-km metro plan for the capital, the second-largest city in the Middle East after Cairo, but it had to cut its dreams nearly in half due to Western sanctions. Iran is, however, a prodigious subway builder. Its costs are on the cheap side (Tehran is a bit cheaper than China, with the Line 3 extension coming in at $110 million a kilometer after a cost-of-living adjustment), which has allowed it to build lines in cities that a higher-cost country like India wouldn’t dream of giving metros. Masshad has one metro line open and one under construction, and other metro lines are also underway in Isfahan, Tabriz, Ahvaz and Shiraz, while the holy city of Qom is getting a monorail.

In a Tough Economy, Madrid Metro Looks for Efficiencies

After years of the sort of torrid expansion that would be at home in a Chinese megacity, austerity in Spain has brought Madrid Metro a new mission: efficiency. Its leader announced last week a plan to cut annual costs by 120 million euros and increase revenues by 30 million euros, with extra income coming from consulting, advertising and renting out space, along with an energy conservation plan that already saved 8 million euros in 2013, according to a write-up by Spanish rail news site Via Libre. Metro Madrid, its CEO said, is open to partnerships with private companies, and may even look to operate metros abroad, as Hong Kong’s MTR has done in London, Stockholm (and soon, intercity trains to Gothenburg), Melbourne and cities throughout China.

Metro Madrid intends to make investments to boost the speed of sections of Line 10 to 80 km/h (50 mph), from the current 30 km/h (19 mph). They will also try to improve reliability on the escalators (currently at 97 percent availability, compared to 92 percent in the Washington Metro), as well as extend mobile phone service throughout the network.

And in June, Metro Madrid will put out a tender for real estate development around the Cuatro Caminos station, a major interchange point in the northwest of the city. In 2014 alone, Madrid Metro expects to take in 50 million euros from its real estate plan.

“Finally,” writes Via Libre, “the CEO said that the current economic situation does not allow them to think about automating lines” – that is, making them fully driverless, as most newly built lines in Europe are, and as Paris is slowly doing to its century-old lines” – even on lines where CBTC (which allows automated driving, but not door-closing) is being installed.