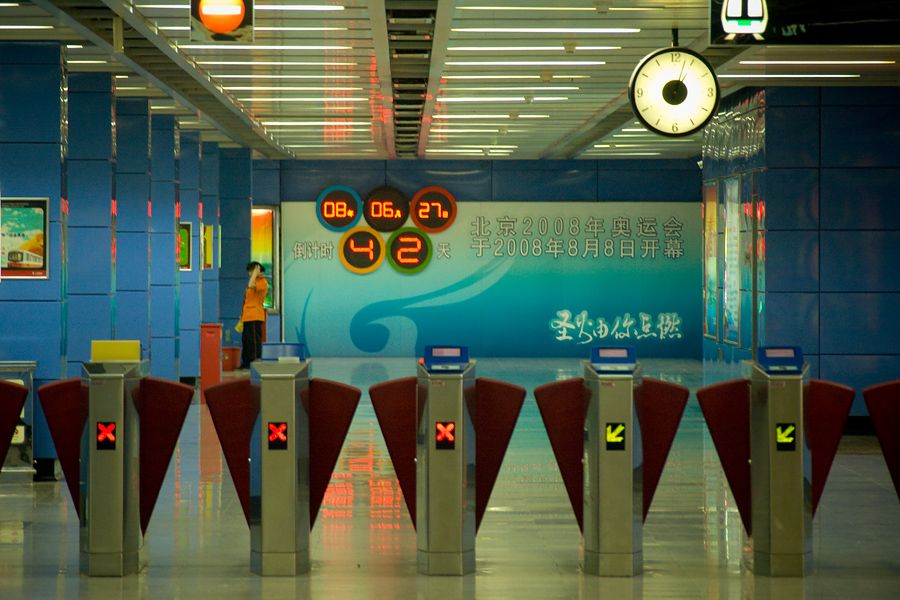 Our weekly roundup of newsworthy transportation projects around the world.

According to KBS, a South Korean TV network, North Korea and China have signed agreements for a high-speed rail line cutting through the hermit kingdom. The Seoul Village blog translates, saying that the new railway would follow the existing Pyongui Line through North Korea’s eastern half, with another blogger saying that it would travel at around 200 kilometers (125 miles) per hour.

The corridor is currently the main route for traffic to and from China, North Korea’s largest trading partner. (Kim Jong-Il was also a frequent passenger on the electrified main line, using it for trips to China because of his fear of flying.) While it would not pass through North Korea’s largest cities after Pyongyang, it would connect the capital to China and also to the city of Kaesong on the border with South Korea, a special industrial zone where South Korean businesses employ more than 50,000 North Koreans. The northern terminus of the line, Shinuiji, is just across the Yalu River from a Chinese high-speed rail line set to open next year.

China would build the 376-kilometer (234-mile) line at a reported cost of $15 billion, according to a translation by the Kojects blog, and then own and operate it for 30 years. In December, North Korea was rumored to have offered China the right to develop seven major mines in exchange for helping to build the project. The agreement appears very tentative, however, with no concrete steps taken.

If successful, it would be part of a pattern of (attempted) Chinese high-speed rail exports driven more by politics than economics — it is, after all, hard to see how such a line could make any financial sense given North Korea’s deep poverty. Chinese officials initially undertook their high-speed rail building program with the idea that they could export the technology, though the Wenzhou crash dashed those hopes, with Brazil and Burma rejecting Chinese bids over safety concerns. They’ve since managed to sell individual high-speed rail parts in the West and are doing civil works for a high-speed line in Saudi Arabia. Chinese leaders are continuing their push to export high-speed technology abroad, but have yet to sell any Chinese-designed train sets outside the country.

While China has trouble exporting high-speed rail, it’s had no trouble expanding ordinary metro lines in its own cities. Last week, 12 new subway projects were announced in Guangzhou, China’s third largest city, including new lines and extensions. The 416 kilometers (258 miles) of new rapid transit expected to open in 2016 will more than double the system’s length, which currently stands at 260 kilometers. The total cost is estimated at 203.9 billion yuan, or $32.8 billion, yielding a per-kilometer price of a bit more than $110 million after adjusting for China’s low cost of living.

The Saudi capital of Riyadh today has no urban rail transit today. But by 2019, the city is planning to have a full-blown network with six lines spanning 176 kilometers, or 109 miles, making the system longer than Chicago’s ‘L’ or the Washington, D.C. Metro. Ground was broken at five sites at once earlier this month. The total cost of the system is estimated at $22.5 billion, which works out to around $160 million per kilometer after a purchasing power parity adjustment — quite expensive given that much of the work will be elevated or at-grade rather than tunneled.

New York’s Citi Bike program is facing financial difficulties, but Paris’ bike share system, Vélib’, is doing alright for itself. After a few years in the red, it has achieved profitability — or at least something like it. While the system, which has the most bikes per capita of any bike share program, does not cover its costs, the deficit is made up through advertising. “Without advertising,” then-CEO Jean-Charles Decaux, of advertising giant JCDecaux, said last year, “Vélib would cost Paris between 60 and 85 million dollars per year. But today, the city pays nothing, making money instead.” The arrangement is something of a budget trick, however, since the ads that pay for Velib’ have no connection to it, located on unrelated city property.