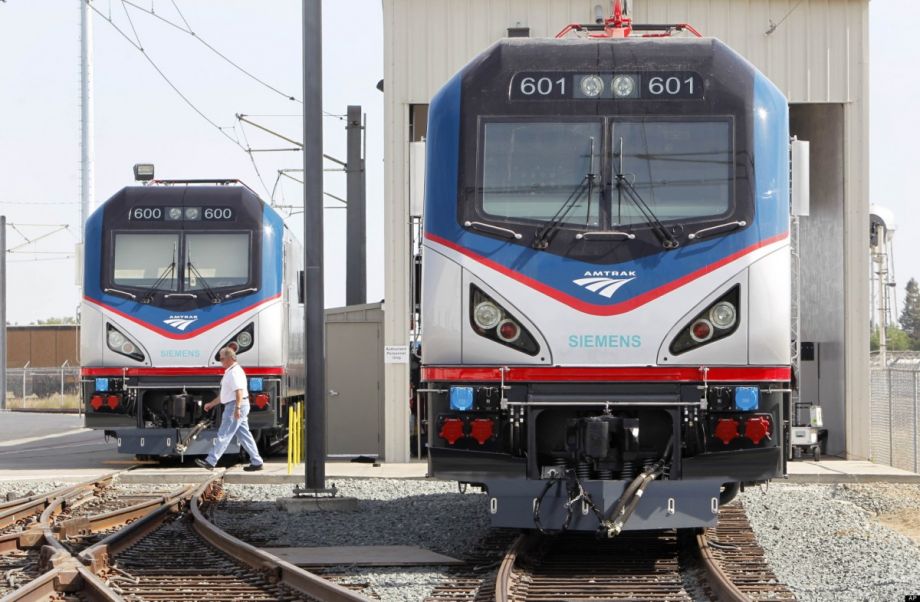 Buffet Ramps Up Reinvestment at BNSF

BNSF Railway, the country’s second largest freight railroad, announced last week that it will spend around $5 billion this year on its capital plan, $900 million more than it shelled out last year for infrastructure upgrades and rolling stock. The railroad, which was the largest ever acquisition by Warren Buffett’s Berkshire Hathaway, has seen increasing revenues over the past few years. In 2012, the latest year for which information is available, the railroad took in $20.5 billion in revenue and booked $3.7 billion in profits.

Buffett’s BNSF buy is part of a broader trend at Berkshire Hathaway toward more capital-intensive industries — the holding company has invested heavily in energy as well — moving away from its traditional focus on insurance. While both BNSF and U.P. had capital spending plans of around $3.1 billion in 2008, BNSF has since sped past U.P., which will spend $3.9 billion this year, on capital reinvestment.

This year’s $5 billion capital program will involve $2.3 billion in spending on BNSF’s “core network and assets,” plus another $1.6 billion on locomotives, freight cars and other equipment. Positive train control upgrades, made to comply with the Federal Railroad Administration’s signaling safety mandate, will total $200 million, with the remaining $900 million going toward “terminal, line and intermodal expansion and efficiency projects.”

Amtrak’s new Northeast Regional locomotive, the ACS-64, hit the tracks for revenue service in Boston on Friday. The new electric locomotive will, by 2015, power all of Amtrak’s basic, non-Acela intercity service on the Northeast Corridor, from Boston to Washington. Amtrak says the 70-unit, $563 million order is the largest electric locomotive order in U.S. history.

This is, however, unfortunate timing, since a new Federal Railroad Administration rule allowing more modern European designs on American tracks is coming soon — likely in 2015, the same year the final trains of this order will arrive. They will be obsolete on delivery. The new, overweight locomotives do not, according to current federal regulations, take full advantage of foreign innovations in performance and efficiency. They’re power-hogs, and they can’t take sharp turns as quickly as modern self-powered “electric multiple unit” trains. All of that special engineering to modify Siemens’ basic EuroSprinter model to meet American regulations also added $100 million or more to the price tag.

The instantly outdated order will surely be one of many in the coming years, as the rule change allowing lightweight trains has not accompanied a push to get larger railroads to adopt the new technology. Legacy commuter railroads along the Northeast Corridor and in Chicago are very resistant to change and won’t make the move to more modern lightweight equipment until it becomes established in the U.S. Smaller cities will likely get the new trains first, as they aren’t burdened by conservative operating practices for newly built lines.

With the Northeast Regional now set for motive power for the next few decades, it’s too late for the proletariat. But if you’ve got the dough to ride the Acela, you may be in luck — Amtrak is on the hunt for new trains for its pricier high-speed service, and bids involving modern, lightweight European equipment will be accepted.

Rail Plus Property Comes to China

Hong Kong built its early rapid transit lines around a real estate-driven model, whereby the government gave MTR cheap land, which the railroad sold and developed after building a rail line and increasing the land’s value. As MTR now seeks to make money abroad, it’s trying to get other governments to offer the same deal it once got from Hong Kong. Exporting the so-called “rail plus property” to developed countries is often difficult since construction costs are high and there’s a paucity of government-owned land, but MTR has found a willing test subject in the Chinese city of Shenzhen, right across the border from Hong Kong. MTR broke ground in late December on a 4 billion yuan ($660 million) mixed commercial and residential development at Longhua Station, for which it paid 2 billion yuan.