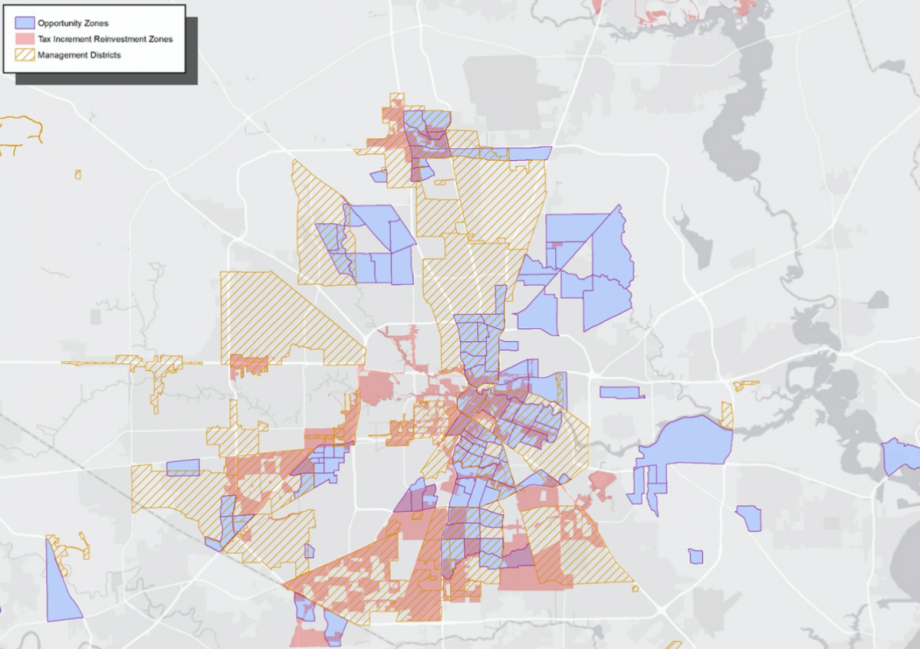 With big questions about the new Opportunity Zones program still on the table, the U.S. Department of the Treasury has begun to issue approvals of opportunity zone designations.

The Opportunity Zones program came about as a late addition to the tax-cut bill passed by Congress at the end of 2017. Its inclusion, orchestrated by senators Cory Booker (D-NJ) and Tim Scott (R-SC), surprised many in the community development and state policy sectors because the proposal had been floated for a few years running, to no avail.

The program offers investors a capital gains tax reduction in exchange for investing capital gains income into designated census tracts, known as opportunity zones. Governors could request the Treasury Department to designate up to 25 percent of eligible census tracts in their state, plus a smaller percentage of census tracts adjacent to eligible census tracts. To be eligible, census tracts must have poverty rates of at least 20 percent, or median family incomes of no more than 80 percent of the statewide or metropolitan area averages. Each governor had until March 21 to submit a selection or request a 30-day extension from the U.S. Treasury. Opportunity zone designations are in place for the next ten years. Unless the program is renewed later, those who did not submit requested census tracts effectively opted out of the program.

Other than census-tract eligibility and the quick turnaround to submit designations for approval, details on the program have been hard to come by. The program language in the tax-cut bill is not clear on approved uses of the funds or the process for selecting investments, leading Bloomberg Businessweek to report that the program, intended to benefit poor neighborhoods, may end up benefiting luxury condo developers or contribute to programs that didn’t need additional subsidies to move forward.

“It could be used to take affordable housing and convert it into market-rate condos,” Brett Theodos, a senior researcher at the Urban Institute, told Businessweek. “It could be used to support payday lenders. Amazon could engineer it into an investment vehicle for HQ2.”

In Colorado, where Governor John Hickenlooper designated 126 eligible census tracts as opportunity zones, officials remain optimistic, but wonder how it will work. “We’re very happy to have another tool in our toolbox to become a stronger economy and appreciate the exposure, but we’ve only been aware of the program for a few weeks and don’t have full details on our plans yet in the community,” Paula Mehle, economic development manager for the City of Evans, told KUNC radio.

Adam Looney of the Brookings Institute cites Georgia and California as the two states that stand out for allocating most of their picks to their most distressed neighborhoods. And yet, Looney also notes, “22 percent of selections were for areas with relatively low poverty rates (below 20 percent) and an additional 19 percent were in already-gentrifying areas (areas with the highest rates of home-price appreciation).”

Georgia Governor Nathan Deal submitted 260 census tract nominations from 83 counties across the state, receiving approval from Treasury for all of them. The submissions included 60 percent rural communities and 40 percent urban communities in Georgia, The LaGrange Daily News reported. The newspaper also notes there is a completely different Georgia state “opportunity zones” program that is already in operation.

The Texas opportunity zones include 150 in the Houston metro area. “Areas that have existing community plans and high-capacity community organizations may be better positioned to direct opportunity zone investments toward positive outcomes,” write Luis Guajardo and Alejandra Miller of Rice University’s Kinder Institute for Urban Research, in Houston.

In and around Dallas, where 53 census tracts received opportunity-zone designation, local experts are not so keen on the potential benefits.

The Treasury Department has yet to release details on the formation or certification of Opportunity Funds — the vehicles through which investors must channel capital gains income in order to receive the tax benefits of investing in designated opportunity zones.