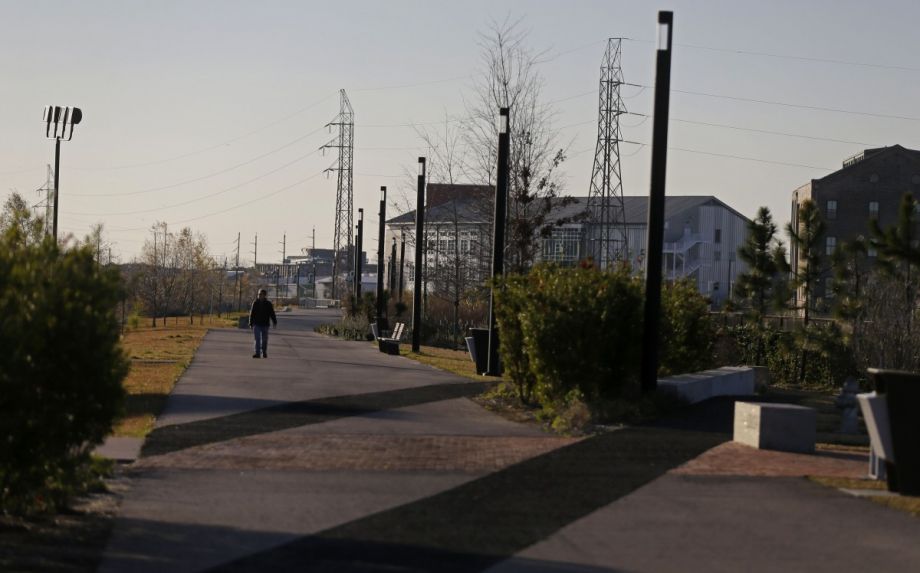 As New Orleans’ Bywater neighborhood continues to gentrify and property values keep rising, one new development there hints at how inclusionary zoning could be key to preventing displacement of longtime residents, and even offering those who have already been displaced a way to return.

Green Coast Enterprises and Iris Community Development are working with financing partner Crescent City Community Land Trust to build a new, $30 million mixed-use apartment complex with 105 units. They’re taking advantage of the city’s voluntary inclusionary zoning incentive, established in 2015, which offers a density bonus to developers in “high-opportunity” areas: In exchange for being allowed to build more units, they set aside a portion for low-income tenants. (The only other project so far that has tapped the density bonus is megadeveloper Sydney Torres’ mixed-use apartment complex on the Lafitte Greenway, where construction has not begun.)

“We think the need for affordable housing in Bywater is acute,” said Green Coast President Will Bradshaw. “This is a project that gives us the opportunity to address that.”

Bradshaw told NOLA.com that the financing would not have been possible without the incentive program from the city. In the future, deals like this could be the norm in the Bywater and across the city. New Orleans City Council is in the early stages of considering a mandatory inclusionary zoning policy.

Bywater sits on a sliver of high land close to the Mississippi River where flood risk is low, and where transplants over the years have developed and redeveloped historic neighborhoods. Once a working-class neighborhood of Creole cottages, gentrification from nearby neighborhoods like the French Quarter has been seeping into the Bywater since the 1980s, according to Tulane University geography professor Richard Campanella. Many of the neighborhood’s double shotguns have been retrofitted into single-family homes, reducing the rental stock.

The pace picked up after Hurricane Katrina in 2005, and the demographics have changed. From 2000 to 2010, the neighborhood lost almost 50 percent of its black population and gained 20 percent white residents. According to a Housing NOLA report produced by affordable housing advocates, non-white homeownership declined in the Bywater from 2010 to 2013 by over 25 percent, while home prices increased there by 60 percent from 2013 to 2015. Seizing on this trend, developer Sean Cummings built a luxury apartment complex, The Rice Mill Lofts, in an old warehouse by the river, and other builders followed suit. Cummings was approved for another development including 260 apartments and 23,000 square feet of commercial space last fall.

Across the street from the space slated for Cummings’ new complex, Iris Development Company and Green Coast Enterprises, which has taken on a number of projects with affordability components, are working to slow the process down — at least a little. In their project, recently approved by New Orleans City Council, they will reserve 15 percent of the 105 units for low-income tenants.

Still, that’s not a ton of housing. The rest of the apartments will go for neighborhood market rate. Iris Development’s Curtis Doucette told NOLA.com to expect high $1,600s for a one-bedroom’s monthly rent and $2,000 for a two-bedroom. A recent study by the National Low Income Housing Coalition and Greater New Orleans Fair Housing Action Center found that the average hourly wage for renters in New Orleans is $15.15. At that rate, an individual could rent a two-bedroom unit for $807 if they worked 48 hours a week without spending more than a third of their income on housing.

As for welcoming back displaced residents, Bradshaw told NOLA.com that they’re in conversations with the neighborhood public charter high school, New Orleans Center for Creative Arts, about reserving some of the affordable units for faculty and staff who used to be able to live in the Bywater, but can’t afford to anymore.

Bradshaw isn’t ready to say more about specific plans for outreach to former or current low-income neighborhood residents, but gave the impression that plans are in the works.

If the City Council moves forward with mandatory inclusionary zoning, developers would not be allowed to build in high-opportunity areas without setting aside 12 percent of their units as affordable. Some worry such a requirement would deter developers concerned about their bottom line, but as more projects like Green Coast Enterprises’ opt in to the incentives, more models exist for financial feasibility.

Editor’s Note: New Orleans’ area median income was corrected in this article. It is about $63,000 for a family of four.