How Memphis Plans to Turn Blight Talk Into Action – Next City

How Memphis Plans to Turn Blight Talk Into Action 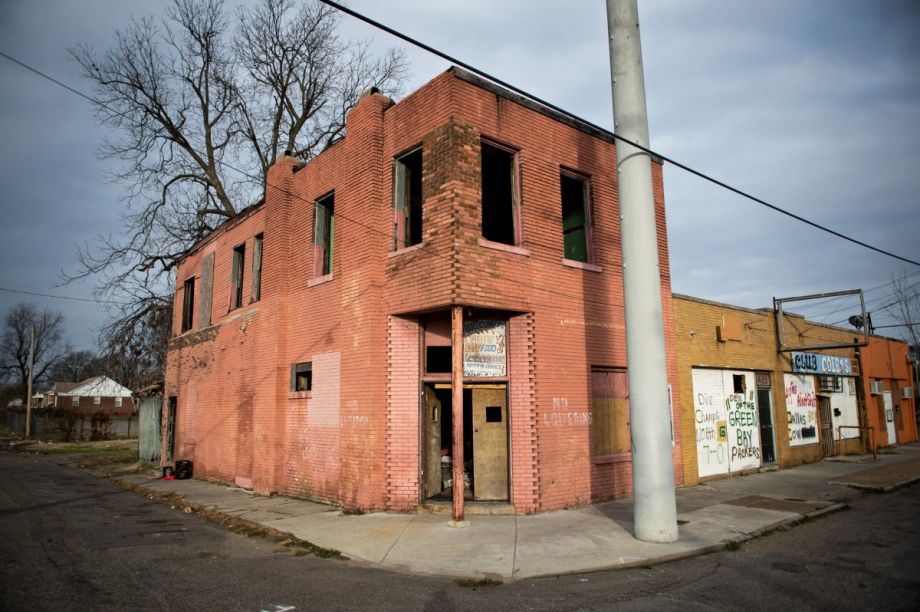 Memphis blight-fighters united under a single flag that was unfurled last Thursday with the public delivery of the Memphis Neighborhood Blight Elimination Charter, though officials noted the move was the beginning of a process, not the end.

The charter’s delivery came after a months-long process that engaged dozens of officials from dozens of varied agencies all across Memphis and Shelby County.

It couldn’t have come a moment too soon as Memphis, one of the poorest major metros in the nation, swims in blight. Abandoned buildings and vacant lots litter the city. Estimates from Neighborhood Preservation Inc. (NPI), the nonprofit agency that spearheaded the blight charter movement, found about 13,000 blighted properties across the city.

Blight has a definite, negative impact on the city’s economy as David Lenoir, the Shelby County Trustee, says its effect on property values costs taxpayers about $35 million per year. But it also negatively affects the psyche of Memphis people. Said plainly, blight here makes Memphians feel bad about themselves and diminishes what they think they can achieve.

But optimism about blight’s future dominated Thursday’s Blight Elimination Summit, hosted by NPI, where the charter was unveiled. For the first time, all efforts to clean up Memphis blight will have a single game plan.

“With all the progress we were making, many of us were frustrated with the fragmentation of efforts,” said attorney Steve Barlow of NPI, who has worked on blight efforts here for nearly a decade. “We were not all on the same page with a common vision and purpose that we could point to and say ‘this is what Memphis and Shelby County are doing to fight blight.’ That is what the charter is all about.”

Community leaders who attended Thursday’s summit were asked to sign their pledge to the charter on a large chart board. NPI leaders will likely formalize those pledges in the coming days with formal pledges from local governments, nonprofit agencies and other entities.

Memphis Mayor Jim Strickland signed the pledge Thursday and he told the crowd that he is “100 percent committed” to the Neighborhood Blight Elimination Charter.

“This is a roadmap to create collaboration and make sure that all the time, and energy, and money [fighting blight] is best spent,” Strickland said. “That’s the definition of the efficient operation of the government, nonprofits and the private sector.”

To create the charter, NPI convened a volunteer group of nearly two dozen community leaders who served as the steering committee for the charter work. That group was led by two national thought-leaders on the blight issue, Kermit Lind, clinical professor of law emeritus at Cleveland State University, and Joe Schilling, senior research associate at the Urban Institute in Washington, D.C.

Thursday was Lind’s and Schillling’s seventh visit to Memphis since June. Lind said in Memphis “the culture of blight has deep roots” but the charter should begin to turn the tide. Schilling said the charter is a “beacon on the bluff” (a reference to Bluff City, one of Memphis’ many nicknames). Schilling said if he were to seed Memphis’ current blight efforts like an NCAA basketball tournament bracket, it would rank second.

“That means Memphis is now among the top eight or 10 cities in the U.S. that are collaborating and have a committed campaign to fight blight,” Schilling said. “That wasn’t the case four or five years ago. Memphis would have been a lot lower. But the city is rising and things are happening in Memphis.”

The very next step for Memphis’ blight campaign will be to name a Blight Elimination Coordinating Team. That team will begin to develop and execute an Action Plan to implement the charter’s vision. Barlow said if the charter is the overall game plan, the Action Plan will be the individual playbook.

As much as Thursday’s summit was a watershed moment for the future of fighting blight in Memphis, leaders urged those attending the summit to think of the charter as a living document, one that can change with the years, and is an “opportunity for you to write the next chapter of the Memphis blight story,” Schilling said.

Barlow said the delivery of the charter was a point in a process, “an exciting place but it’s not the end.”

“We are all now on the same page,” Barlow said. “If you want to do something in the campaign to fight blight, this is the place to start. Coordination, collaboration and frequent and intentional communication will define Memphis’s response to blight.”

More details on blight in Memphis, NPI and a copy of the Memphis Neighborhood Blight Elimination Charter can be found here.