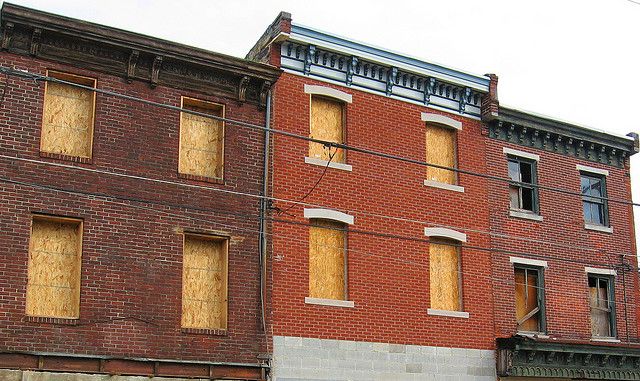 Yesterday, on the same day as the State of the Union address, the New York Times featured an editorial by Next American City Editor-at-Large Diana Lind. Lind, who has written extensively on architecture, the built environment and social change in cities, argued that while the impulse to clean up neighborhoods by refurbishing vacant lots and fixing failing structures is worthwhile, real change is unlikely without investment in job-creating programs.

It’s been nearly 30 years since James Q. Wilson and George L. Kelling published their broken windows theory, positing that the torn social fabric that allows for vandalism also encourages other kinds of crime and disinvestment in a neighborhood. The theory validated the inclination to improve the built environment first, in the hopes that once a sense of confidence has been restored other aspects of an engaged community will follow. And in places on the cusp of gentrification or economic recovery, like certain New York areas in the ’90s, quality-of-life campaigns have been proven to clean up the streets and reduce crime.

Pointing to the troubled Kensington neighborhood of Philadelphia, however, as well as troubling statistics such as the fact that 60 percent of Philadelphia adults can’t read past a sixth-grade level, Lind calls for an approach that will teach job skills to locals in their own neighborhoods. She points to the Job Opportunity Investment Network, the West Philadelphia Skills Initiative, and Roots to Re-Entry, all of which help the disadvantages gain skills to not only earn money but rebuild and beautify their neighborhoods.