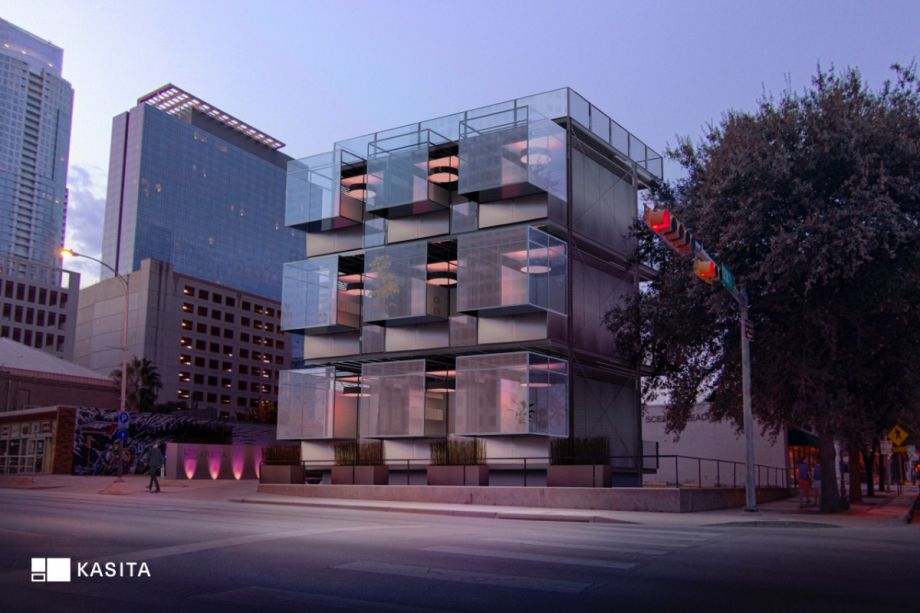 There are plenty of apps designed to make moving easier, but a new kind of apartment takes tech-driven efficiency to a new level.

Merging the concepts of micro-housing and on-demand services (as well as downsizing for more affordable living in expensive urban neighborhoods), a college professor designed Kasita, high-tech, compact living cubes that, modular style, can slide into and out of steel frames tucked into undeveloped spaces in urban cores.

Before coming up with Kasita, Jeff Wilson, an environmental science professor at the University of Texas at Austin, spent 10 months living in a converted Dumpster in an experiment with cutting down on possessions and tiny housing. He then worked with industrial design firm Frog to create a template for a 208-square-foot, single-occupancy city apartment.

According to Fast Company:

The prefab buildings are also fully loaded with smart tech. You can tell the glass to darken if you want privacy, turn on the lights and music, or ask for the morning news. Though the first units will plug into the grid, the startup envisions eventually running them off solar power stored in Tesla batteries and adding features like rainwater collection.

When they want to relocate, renters would press a button on an app that calls for a moving truck to slide the apartment out of the building and drive it to an empty slot in another. Wilson envisions Kasita frames existing in cities around the world. Units can be reconfigured and moved or replaced, depending on local building codes.

He also sees Kasita as part of the affordable housing solution. “We are very confident that these will rent for about half of market for a studio,” Wilson says. “So in Austin, that is about $600.”

Austin is the first city set to get a Kasita building, likely next year. Other perspective cities include Seattle, Denver and New York.