Millennials and Micro-Units Are the Hottest New Trend Pairing 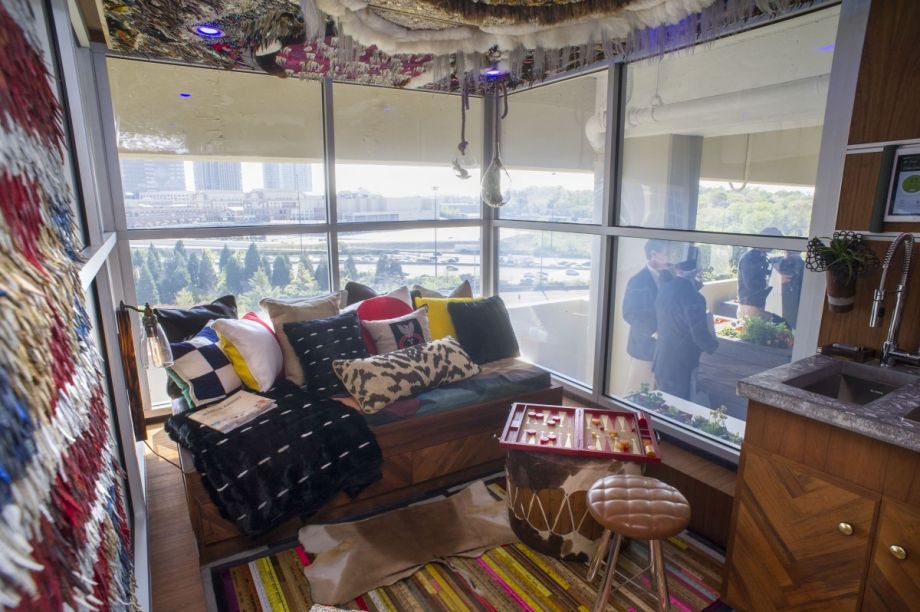 Amid the bourgeoning micro-housing movement, the Seattle Times reports its hometown is the undisputed U.S. leader, pointing toward the city’s growing supply of small homes as an affordable housing alternative.

Though New Yorkers might call 200 square feet for $1000/month just a regular apartment, the sheer number of units existing and on tap in Seattle around that size for relatively lower rents, and in convenient neighborhoods such as First Hill and University District, with many amenities of luxury buildings, outdoes micro-housing in other cities. The trendy development reflects the city’s quickly growing population.

According to the Times, 780 micro-housing units were cleared for occupancy in the city, with another 1,598 units on the way. The first building of its kind arrived on the scene in 2009 when a developer designed units as small as 100 square feet, with a shared kitchen for the building’s residents. Since then, the city called for units to be at least 220 square feet, including private bathroom and kitchen.

A major draw of micro-housing is, as the adage goes, location, location, location. Especially for millennials on a budget, the proximity to a city’s cultural hubs make the sacrifice of space worthwhile. Chris Leinberger, of the Brookings Institution, recently told NPR in a story about Washington, D.C., micro-housing, that this type of housing is often where young single people want to live. “Across the street … that’s where Trader Joe’s is, a bank, restaurants left, right and center.”

The micro-housing trend also fits with the national trends of more renters and renting for longer, a big dip in the supply of affordable rentals, and millennials’ persistence in living single. The Census Bureau stats show the number of households made up of one person is up 17 percent from 1970.

Micro-housing has its detractors. A Seattle architect told Politico last year, “People in popular neighborhoods are suddenly confronted with a new type of household. It’s a different choice from what you and your neighbors have, and I think that’s behind some of the criticism.” The Seattle Times notes that “while tiny apartments are hardly a new thing … they’ve attracted attention and controversy here because developers have been building them at a quick clip.”

But that’s not stopping designers and developers from pursuing “tiny living.”

Last year, students at the Savannah College of Art & Design, showcased micro-housing as the answer to many urban population and affordability problems, with its experimental 135-square-foot SCADpad microhomes in Atlanta. Cities such as New York and San Francisco have announced similar housing developments, and S.F. recently approved the development of 375 220-square-foot apartments.