9 More Pieces of Bad News for the MBTA – Next City

9 More Pieces of Bad News for the MBTA 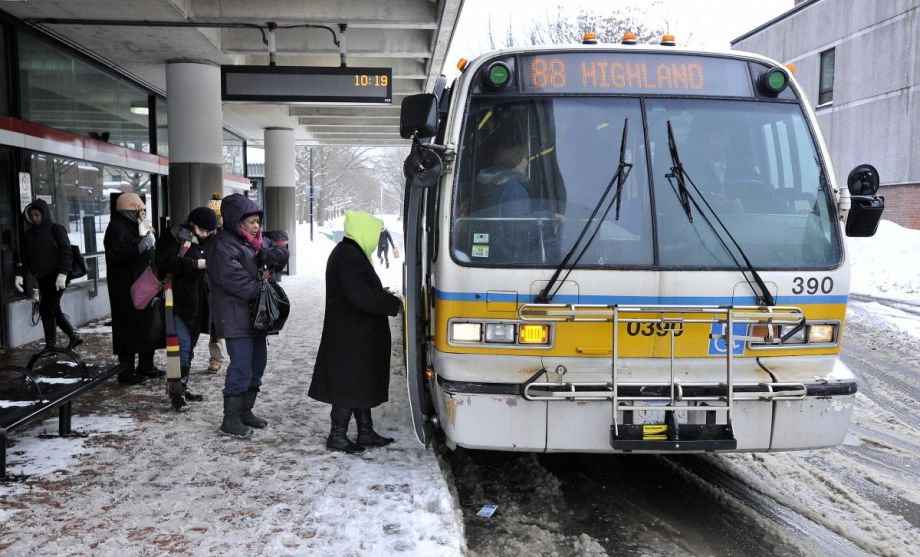 Baker assembled the panel in February, following numerous problems with the MBTA during the region’s record-breaking winter. 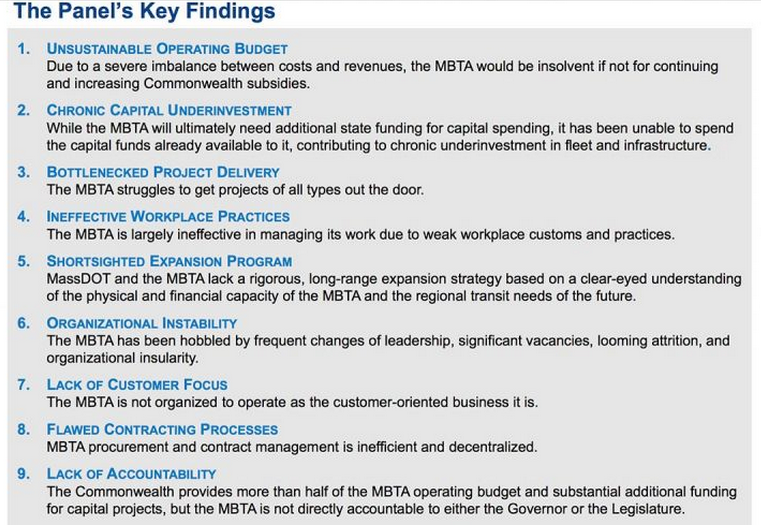 “The catastrophic winter breakdowns were symptomatic of structural problems that require fundamental change in virtually all aspects of the MBTA,” the report notes, and also points to a lack of accountability and an unsustainable operating budget. A crowdfunding campaign meant to draw attention to the MBTA’s challenges — decades of deferred maintenance and $9 billion in debt — was launched over the winter.

At a press conference about the report, Katie Lapp, co-chair of the panel and former CEO for the New York Metropolitan Transportation Authority said, “There is a pervasive organizational failure at the MBTA. I want to be clear that the panel rejects the ‘reform versus revenue’ debate because we feel strongly the MBTA needs both.”

Boston public radio station WBUR reported on four big questions that the panel’s report has left unanswered. As for a source of sustainable funding, WBUR noted:

The report does suggests several ideas for bringing in new revenue, including selling or leasing MBTA surplus land, having new developments near stations pay to support service and using a portion of property tax to cover capital project costs.

But a major piece of what the report had to say about revenue was its recommendation to allow for fare increases … .