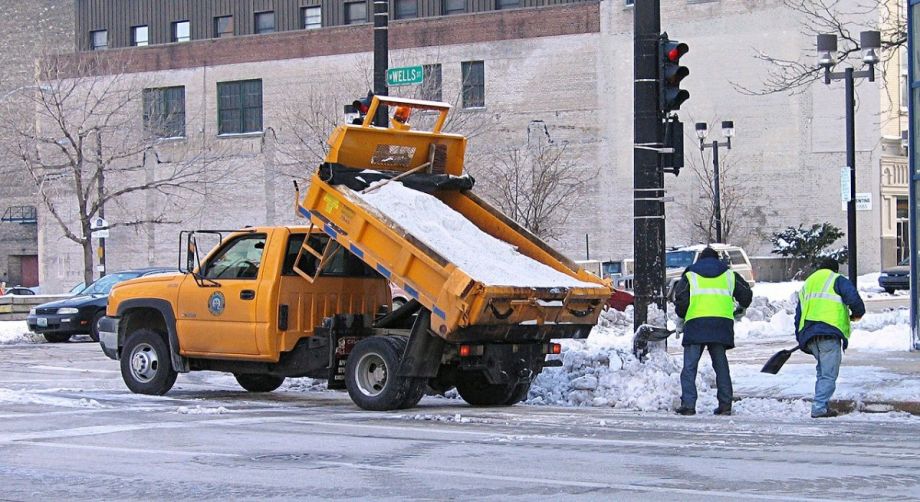 On the heels of Milwaukee’s approval of a complete streets policy last October, the city has released a draft of its 2019 Pedestrian Plan.

“We did quite a bit of community engagement as part of the plan’s development. We had two public-facing meetings and a number of focus groups with stakeholders including people with disabilities. A lot of the feedback we heard focused on the challenges people have getting around during winter and right after a snow event,” says James Hannig, the city’s pedestrian and bicycle coordinator, noting this season’s particularly snowy winter.

Like the rest of the United States, Milwaukee has seen an uptick in the severity of pedestrian crashes. In early March, the Governors Highway Safety Association (GHSA) released preliminary data on pedestrian fatalities in the U.S. that revealed 5,977 walkers and cyclists were killed by motorists in 2017. If the current trend continues, 2019 would bring the highest number of such deaths in the country since 1990.

“It’s getting worse rather than getting better,” says Russ Martin, GHSA’s director of policy and government relations. “There are a number of different factors at play. What we’re seeing is that the number of SUVs involved in pedestrian fatalities have increased by 13 percent since 2013. More people are buying bigger vehicles and they pose a risk. When you get hit by a bigger car, you’re more likely to be hurt or killed.” He adds that the usual culprits like unsafe driving behaviors (think alcohol use), distracted driving and speeding are factors too.

“Milwaukee is responsible for 30 percent of pedestrian crashes in the state, so there’s a lot of work to be done in Milwaukee to prioritize and make things safer for people walking in Milwaukee and in Wisconsin,” Hannig says.

One thing that the new plan has going for it is that it’s modeled after the city’s successful biking plan.

In 2010, Milwaukee released an updated version of its Milwaukee by Bike master plan. Since then, “we’ve seen biking more than triple and biking-related crashes go down by 75 percent,” Hannig says. He adds that the city’s bike plan is “definitely something we’re mirroring” in the pedestrian plan.

“Everyone in Milwaukee is a pedestrian,” the 2019 Pedestrian Plan draft states. It defines walking as a catch-all term for various modes of moving, from jogging and shopping to walking to work and catching the bus.

There are four themes — improving safety, increasing connectivity and accessibility, building for livability and health, and maintenance and operations — and Hannig stresses the value of community input as the city begins to get to work.

“Each [theme] has a number of recommendations and under that we have over 100 action items total to actually implement those recommendations,” he says. “But in general I’d say we’re really going to be relying on a lot of the community and city stakeholders to identify where those priorities are.”

For example, one recommendation is to provide ways for people to report access problems. An accompanying action item would have the city urge residents to report snow and ice issues in addition to damaged sidewalks and inaccessible transit stops by phone and online. Another snow-focused action item tied to maintaining sidewalks year-round is about educating property owners on their snow removal responsibilities so that they can be relied upon to stay on top of day-to-day management.

There’s no estimated price tag yet for implementing the recommendations. While cost will be a hurdle to clear, Mike Amsden, the city’s multimodal transportation manager, notes that many of the action items won’t require new funding — just a different way of thinking about and using the money that’s already been allocated. He says pedestrian planning can be incorporated into current street design work.

The city’s complete streets policy instructs the public works department, which would also be responsible for the pedestrian plan, to “routinely design and operate the right of way to enable safe access for all users, regardless of age, ability, socioeconomic status, or mode of transportation,” as OnMilwaukee reported.

Amsden says areas that have experienced divestment over the years will be a primary focus as will areas of high crash rates involving walkers and bikers.

“It’s not easy to make changes to streets,” he says. “We have to work together throughout this and be mindful of different communities and reflect their priorities.”