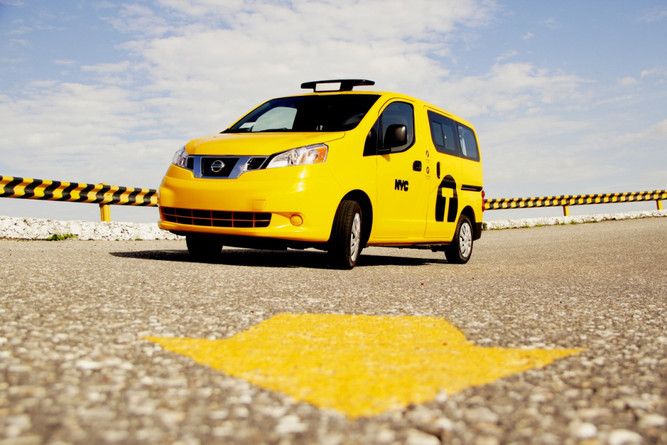 Much like he overstepped his bounds in banning big sugary beverages, a New York State judge has found that Mayor Mayor Michael Bloomberg and taxi officials in his administration made rules they weren’t allowed to make when they signed up the city for the so-called “Taxi of Tomorrow.” It’s a ruling that, in addition to being a bummer for Bloomberg on the way out of his mayoralty, helps shape the context for an ongoing public debate over taxi and taxi-like services like Uber, Sidecar and Lyft.

Back in 2009, Bloomberg and his Taxi and Limousine Commission sought proposals for the creation of a new, “iconic,” New York City. The goal, really, was to create, well, an über taxi. The cabs on New York streets are today “hacked-up” consumer cars, sometimes even repurposed police cruisers. They were never meant to be cabs, and in the eyes of the mayor’s administration, they haven’t been particularly good ones. “Since the demise of the Checker company in the early 1980’s,” the taxi commission wrote in its rules standing up the Taxi of Tomorrow program, “none of the vehicles used by the New York City medallion taxicab industry have been designed especially for taxicab service.”

Nissan eventually won the contract to build the new cab (officially, the “Official Taxicab Vehicle”). Designed from the ground up to ferry passengers, the Nissan NV200 was to have room to comfortably seat four passengers (no middle floor bump in the back seat!), panoramic roofs for better views, rider-controlled air conditioning, sliding doors for safely, and something called a “carbon-lined headliner” built to neutralize that bane of the New York City taxi — funky odors.

But Bloomberg’s plan has been hammered from all angles. Critics slammed it for the NV200’s lack of native handicap accessibility and for what it would do to push thousands of hybrid cabs out of the market. Fleet owners complained that the requirement to replace outgoing cars with only the $30,000 NV200 was an unreasonable burden. Anthony Weiner worried about all the brakes failing on all the NV200s all at once. Bloomberg’s administration tweaked the rules in response to some of the criticisms and related lawsuits, and in late August the vehicles went into production in Nissan’s plant in Cuernavaca, Mexico. They were set to go into service on October 28. But there’s a very good chance that Bloomberg will never see his dream cab on the road.

“Simply stated,” Justice Shlomo S. Hagler wrote in his decision, “the power to contract and compel medallion owners to purchase the Nissan NV200 from Nissan for ten years does not exist in the City Charter.” The Commission, in short, didn’t just write up a few rules; those regulators had signed onto a “binding and enforceable obligation” for purchasing cars from Nissan “without input or direct negotiations” on the part of fleet owners. Like on soda, Hagler found, Bloomberg’s rulemakers had violated the principle of separation of powers. If anything, city lawmakers have been on record as wanting “increased hybrid electric and clean-air and accessible taxicabs.” Not smell-reducing roofs. “The notion that New York City should have one exclusive ‘iconic’ New York City taxicab,” Hagler wrote, “is a policy decision that is reserved for the City Council.”

Hagler’s ruling isn’t binding anywhere, of course, except in New York. But that doesn’t make it irrelevant. New York’s taxicab industry was the country’s first, and how it operates is closely watched. The decision adds momentum to a trend observable in cities across the country: The idea that it isn’t the job of regulators to dictate how, exactly, taxicabs serve the public. They’re only to write the rules that make cabs generally safe, and generally ensure that there aren’t too many of them on the road. Full stop.

The subtext here, then, is that it’s the job of elected politicians to write laws deciding exactly what makes a “taxi” in the 21st century. Another trend we’ve seen is that lawmakers tend to appear more sympathetic than regulators to services like Uber and the ride sharing companies Sidecar and Lyft. After Washington, D.C.’s taxi commission came out with rules detailing specifically want kind of cars are okay to serve as for-hire vehicles, City Councilmember Mary Cheh, head of the transportation commission, tweeted, “It isn’t the job of DC Government to stifle innovation & limit consumer choice by passing unfair regulations.” That’s her job.

As for New York City, it’s likely that the Taxi of Tomorrow’s journey ends here. Bloomberg’s term will end come January, and both Bill de Blasio and Joe Lhota, respectively the Democratic and Republican nominees for mayor, have said that they’re not fans of the plan.