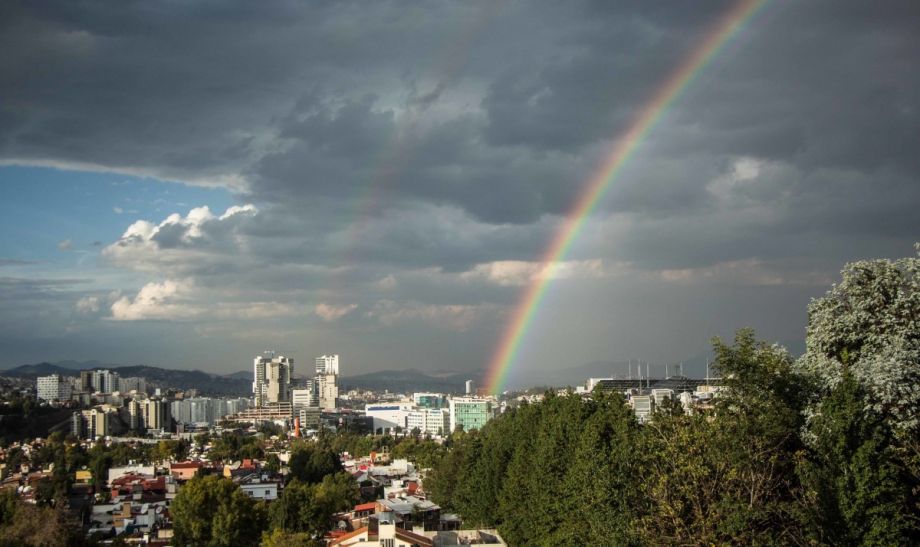 When Maria Isabel Contreras and her husband moved to Mexico City’s Iztapalapa district, 30 years ago, water was not an issue. But as the district urbanized, the taps began to dry up. Today, the nine-person household — four adults and five children — receives three hours of continuous supply of murky, brown water each day, before the water runs out.

This translates into a daily struggle for the Contreras household, and she is quick to enumerate all the tactics used to get by. “We inserted water savers in all the toilets,” she said, “and use the bathtub as an extra storage container.” The family also collects extra water from showers by placing buckets next to their feet, and they reuse water from the laundry machine to clean the floors.

The Contreras are not alone; millions of people in Mexico City lack access to running water. According to UN-backed research, Mexico City — along with Cairo, Bangalore, Cape Town, and seven other megalopolises — will run out of water by 2030. Those who suffer from water shortages today pay for private water companies to fill up their tanks — a service that Contreras can’t afford.

The irony is, water in the city abounds. Set on a mile-and-a-half-high basin and surrounded by mountains, the city — which used to be integrated with a system of lakes and rivers — receives more yearly rainfall than London. But, due to urbanization policies implemented since the Spanish conquest and strengthened by the city’s mid-twentieth century growth, the resource has been squandered and mismanaged, profoundly affecting the ecosystem and the survival of its millions of inhabitants.

Today, most of the city’s water is collected from underground wells or pumped from hundreds of miles away through inefficient and costly infrastructure. As for rainwater, it mixes mostly with air and ground pollutants and ends up in the sewer.

Earlier this year, Contreras found out about a government program to install rainwater-collecting systems in the houses of Iztapalapa and Xochimilco, another poor district with chronic water problems. The new mayor, Claudia Sheinbaum, an environmental scientist, promised to install 100,000 of these rainwater harvesting systems in the rooftops of Iztapalapa by the end of her six-year-tenure.

During the kick-off event in Iztapalapa — where her party has had strong support during the last elections — Sheinbaum said that the city is investing twice as much as previous governments in solving the water problem, which also means looking for leaks in the system and finding more water sources. The rainwater project is a 200 million-pesos ($10 million) program, a small part of the city’s overall budget, but according to Sheinbaum, a more efficient way of dealing with part of the problem: “We want to solve our debt to Iztapalapa, the lack of water to the area.” she said.

To install the harvesting systems Sheinbaum is partnering with Isla Urbana, an NGO that has been installing these systems since 2009. If they are successful, over half a million people could survive for up to seven months without accessing the urban water grid. “It could set up a new precedence in urban governance,” Enrique Lomnitz, one of Isla Urbana’s founders, says, “with whole areas of a city no longer depending on the government for daily access to the resource.”

The rain-harvesting idea was conceived together with Renata Fermont as part of Lomnitz’s graduation project at the Rhode Island School of Design. Fermont and Lomnitz conducted interviews and research on the needs of low-income communities in Mexico City´s periphery, which led to the insight of a fundamentally flawed paradigm of water management in the valley.

“We realized that the current model was drawing out two or three times more water than what it was putting in,” he says, “and that changing this outdated model through infrastructure investment was a costly endeavor — so we turned our eyes on granularity.” What this means is implementing cheap (around $700) systems in each house without having to drill underground to change the old and inefficient infrastructure.

The first system was set up using spare parts, in the house of a woman named Clara Gaitan. According to Lomnitz, after installing the rainwater harvester Gaitan — who already had a 30,000-liter water tank in the cellar (a common feature of houses in Mexico City) — managed to live without having to use the water grid for seven months.

In order to gain a better sense of the needs, Lomnitz moved from his house to a house in the periphery where he lived for four years. Those first systems served as a proof of concept, and, as more people got involved, they started drawing attention. In 2011, the Mexico City district of Tlalpán, then under Sheinbaum’s command, took notice and asked Isla Urbana to install 500 systems. This was the first time Isla Urbana had to deal with bigger logistics and learned to install and train the families receiving the system on a massive scale.

Today the patented system is highly adaptable to the conditions of each house. The most basic packages use special drains to collect water from the roof and run it through a patented filter called Tlaloque 200, which retains most of the solids, and through a leaf-filter. More sophisticated versions include a carbon filter, which reduces the bad taste, and a water purifier.

Although the final output in most cases (a costly purifying filter is not installed in many of the systems) is not potable water, it is water that can be used for cleaning the house, laundry, flushing toilets and showering. Since its founding, Isla Urbana has been able to provide over 50,000 people with clean water (in some cases, year-round).

One Wednesday morning I went to visit the installation of the filters in Iztapalapa. Javier Hernandez — who, together with his brothers Gabino and Alejandro, has worked for Isla Urbana since 2011 — drove me around. Hernandez, who is now head of installations in Iztapalapa (his brother is head in Xochimilco) has overseen the installation of 11,000 systems. In the current initiative, he leads 15 brigades and installed 36 systems a day; since April, the Hernandez brothers have installed 3,500 systems.

Hernandez drove me to a house that had a system installed a couple of weeks ago. “We have just received the first rain, and the container was overflowing,” Eugenio Reyes Lopez, who lives with nine family members, told me.

Reyes, unlike Contreras, has had almost no running water throughout his thirty years of life in Iztapalapa. He receives water on Thursdays and Fridays, if at all. He has a big container in the basement of his house where he collects all the water that he can to last for the week. “It is yellow and rusty,” he told me, “from the shitty water that comes out.”

As we toured their house Reyes pointed to a series of barrels stacked outside, also used as storage for water. He lifted one lid to reveal a greenish substance: “This is the water that comes out of the system,” he told me. Then he revealed another barrel containing clear water “This one,” he said, smiling, “is the one that came from above.”

At Maria Contrera’s house, one brigade was busy installing a new system. Ismael Garcia, her husband, was walking back and forth, talking excitedly with the installation crew. “This is fabulous, its excellent,” he told me.“The streets turn to rivers when it rains here, imagine how many liters of rainwater are going down the drain, and now, into our house!”

Alan Grabinsky is a journalist and consultant based in Mexico City covering globalization, media and urban issues.