Memphis Has a New 17-Page Blueprint to Eliminate Blight 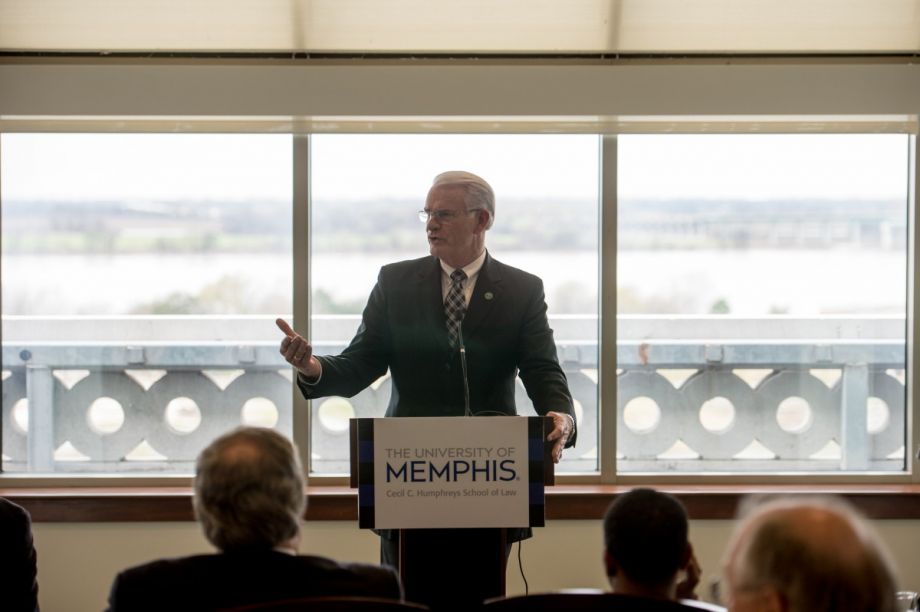 This week Memphis got its best weapon yet to fight its blight crisis.

Officials from federal, state and local governments joined Thursday for a summit with leaders from the city’s business, nonprofit, grassroots and legal sectors to forge and unveil that new weapon — the Memphis Neighborhood Blight Elimination Charter.

“While other major American cities have adopted blight elimination plans and frameworks, Memphis will still be the first city to adopt a comprehensive neighborhood blight elimination charter,” says attorney Steve Barlow of Neighborhood Preservation Inc. (NPI), the nonprofit agency spearheading the charter process. “The release of this document is the culminating event of a very carefully executed process of coordination of all involved in blight abatement actions – and we are proud to announce that we finally have everyone on the same page going forward.”

Work on the 17-page charter began in October 2015. Dozens of volunteers from dozens of agencies served as the steering committee to shape the values, principles, ideas and ultimately, action steps that comprise the charter.

NPI coordinated the effort bringing together contacts made by Barlow in his near-decade-long work on blight elimination in Memphis. Those contacts serve in varied roles throughout the city that all, in one way or another, work on eliminating blight. Barlow converted those contacts into charter steering committee members that come from agencies as varied as the city’s Division of Public Works to the Federal Reserve Bank, and the Greater Memphis Chamber to Habitat for Humanity.

Thursday’s Blight Elimination Summit at Downtown’s University of Memphis Law School will feature many of those steering committee members, including Barlow. The summit featured talks on topics like code enforcement, land banks and an overview of the fight against blight in Memphis and Shelby County.

“We are committed to doing our part in reversing this downward spiral of dereliction. The Neighborhood Blight Elimination Charter establishes a common vision and sets in motion a coordinated process for everyone to do their part,” Strickland said.

Shelby County Mayor Mark Luttrell said the charter will allow all of the nonprofit organizations, faith institutions, civic groups, businesses, government agencies and individuals who have fought blight here over the years to begin to focus on the problem’s root causes.

“Unfortunately, without some larger coordinating framework to guide and inform these actions, we end up doing a good job of treating the symptoms without addressing the deeper sources of the illness,” Luttrell said. “As a result, blight spreads and our community grows sicker by the year.”

At its core, the charter is based on the principle that “every neighborhood in Memphis and Shelby County has the right to be free from the negative aspects” of blight. It also defines blight, noting that the problem goes beyond abandoned property and derelict buildings and that it harms the city and its people both socially and economically.

The charter demands the collaboration from any organization working on the blight issue here. Part of that collaboration mandate is in creating an information platform that all can share to make data-driven decisions, a project already underway in the form of the “Memphis Property Hub.”

The charter calls for the establishment of a series of sticks and carrots to “encourage a new culture of care and renewal.” All of this will be linked to the city’s existing land-use standards, economic development plans, codes, processes and more.

Watching over it all will be a new Blight Elimination Coordinating Team, formed for starters by the members of the existing blight elimination charter steering committee. A draft Blight Elimination Action Plan has been composed the steering committee, whose first order of business in the month following the blight summit will be to finalize that action plan and to collaboratively get to work on implementation the charter’s principles and vision.

Calling the blight process a “crisis” in Memphis is not hyperbole. According to the latest data from NPI, blight affects at least 13,000 structures or vacant lots here, even after all the years of hard work on the problem.

“Simply put, we know that doing more of the same will only produce the same unacceptable outcomes we’ve endured for decades,” says George Cates, chairman of the NPI board of directors. “Focusing on what works, developing new strategies and above all, working together as we move forward will produce the blight-free future that we seek for Memphis.”