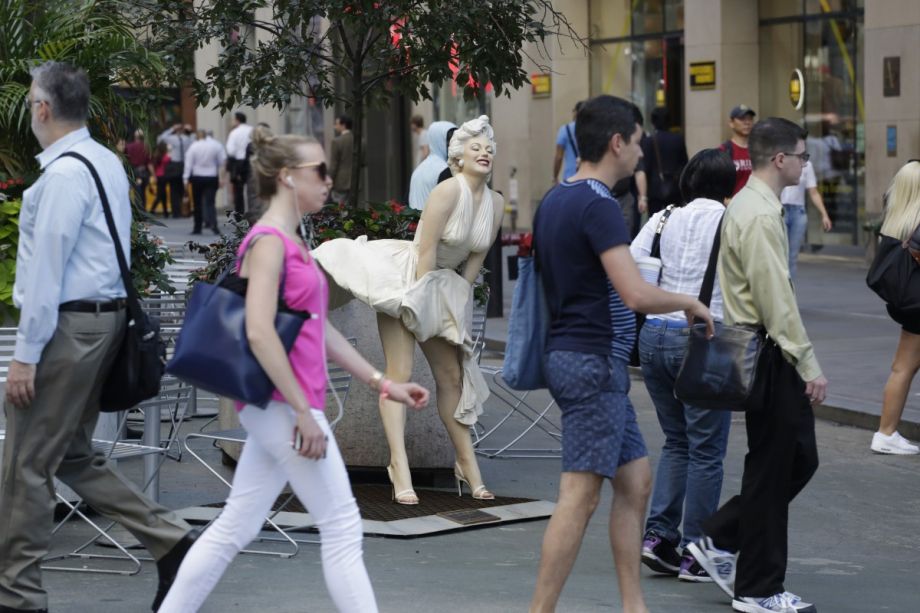 Think of the busiest blocks in your city. What’s drawing all those people? Is it a slew of retail? Access to transit? Parklets, benches, trees or some really great bars? Decades of modern urban design have given us a pretty decent idea of what makes streets attractive for people.

And hundreds of studies have measured the built environment and helped shape the standards implemented in many major cities. Now, a new study published in the latest issue of the Journal of Planning Education and Research attempts to further quantify streetscapes to determine which design elements are bringing the crowds and which are just corollary.

For the article, “Streetscape Features Related to Pedestrian Activity,” a group of researchers measured 20 streetscape features — such as plazas, historic buildings, long sightlines, street furniture, windows, building color — and conducted pedestrian counts on 588 blocks in New York City to try and determine what it is about a given street that attracts people. The authors put those features into five broader categories: imageability (how memorable a street is), enclosure (the degree to which buildings enclosing the street make it feel room-like), human scale, transparency (the proportion of first-floor windows), and complexity.

“New York is the most walkable city in the United States and it has a lot of the urban design qualities that we’re talking about,” says researcher Reid Ewing, of University of Utah, explaining their rationale for the study site. “It represents kind of the best case in the U.S. for these urban design qualities and associated pedestrian traffic volumes.”

They controlled for the standard “D” variables of urban design: density, diversity (number of different land uses in a given area), destination accessibility and demographics.

In the end, Ewing and his colleagues found that only three of the 20 streetscape features had a positive impact on pedestrian activity. They are: the proportion of windows on the street, the amount of “active street frontage” and the quantity of street furniture. As is often the case with social science, the results help quantify some common-sense notions about urban design — in this instance, that people want interesting-looking streets at a human scale with places to go.

Windows are important for creating a welcoming interaction between people and buildings. Blank walls and reflective glass are boring and uninviting. Active street frontage — shops, restaurants, parks and similar — are critical for generating foot traffic. Ewing puts them in the category of imageability (how memorable the street is) and says memorable streets draw people. Street furniture such as benches, signs, lampposts and trash cans help keep the street at human scale.

Ewing says he was a little surprised that there weren’t more features that impacted pedestrian volumes.

“I’d like these findings to be incorporated into urban codes and zoning requirements and development agreements and so on,” Ewing says. “That’s the way you can have the biggest impact on development.”

To get there, other researchers will need to pick up the torch.

“I’m hoping people will do the work in other places and establish the validity of our findings,” Ewing says. “I want to see other people test our theory that these qualities are indeed important for street life.”