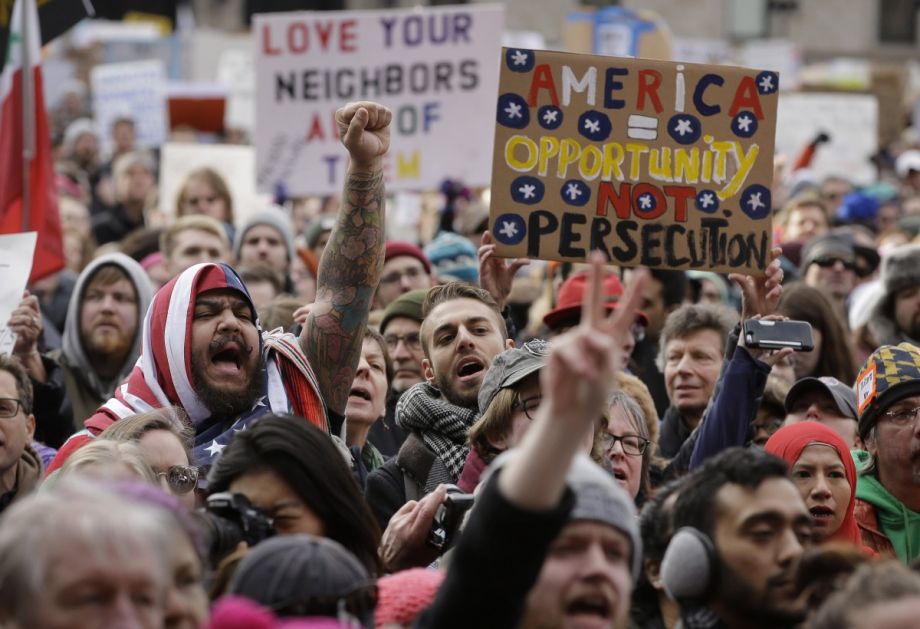 Increasingly, the attitude of U.S. mayors towards global climate policy is one of “No federal government? No problem.” Now, leaders from New York, Los Angeles, Dallas and others have joined global officials in circumventing the Trump Administration on yet another issue, albeit one closely tied to climate disruption: immigration.

Last weekend, the administration withdrew from the process of developing a new Global Compact on Migration, Brookings reports. The compact aims to safeguard the rights of immigrants and refugees and provide resettlement aid. The U.S. has been involved in shaping the agreement since its 2016 genesis, but Secretary of State Rex Tillerson said in a statement on Sunday that the it could “undermine the sovereign right of the United States to enforce our immigration laws and secure our borders,” according to CNN.

That simply won’t do for the cities involved in the actual work of resettling immigrants and refugees. Leaders from numerous cities, including New York, Los Angeles, Chicago, Atlanta, Philadelphia, Dallas, and D.C. in the U.S., as well as Paris, Milan, Montreal, Athens, and Amman, Jordan, have signed a letter to the UN High Commissioner on Refugees (UNHCR) asking for cities to be formally included in discussions around the global compact on migration, Foreign Policy reports.

According to a copy of the letter published by Brookings, the mayors point out that at least 60 percent of refugees today live in urban areas, and encourage the UNHCR to regularly engage with city leaders and create mechanisms for cities to share their innovative approaches to refugee reception and integration.

“We need to be part of UN decision-making if international agreements are to be responsive to on-the-ground realities,” Bitta Mostofi, acting commissioner at the New York City Mayor’s Office of Immigrant Affairs, said in a statement. She added that cities “are pushing for a seat at the table at a time when many national leaders are increasingly isolationist – and even xenophobic – and disconnected from cities’ values of inclusivity and growth.”

Previously, U.S. mayors have banded together to publish open letters to the Trump Administration regarding U.S. climate policy and bind themselves to the emissions-reductions targets of the Paris Accord. Climate change is, of course, poised to become a primary driver of the global refugee crisis, and changing weather patterns — like the Syrian drought in the mid-2000s — have already begun to destabilize governments and force residents to flee.