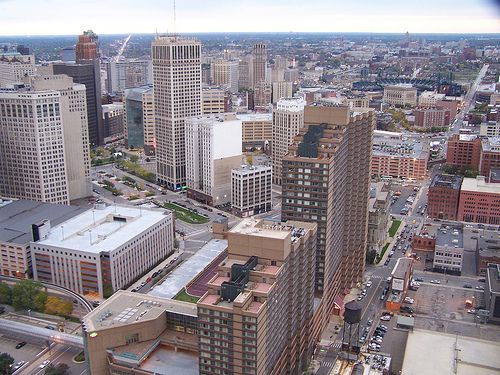 Detroit’s Mayor Dave Bing, now one year into his term as mayor, officially announced what he is calling the highest priority item of his term – the “Detroit Strategic Framework Plan.” This comprehensive improvement plan, Bing says, will prepare the city for the next 20, 30, even 40 years. Already opinions are split as to whether or not the plan will succeed in giving Detroit the definitive direction it seems to have been lacking over the past 50 or 60 years – the half-century during which it lost half of its population.

At this point the plan is primarily idea-based but definite in that, over the next 18 months, it will establish programs for land use development, economic recovery, public services, transportation and neighborhood stabilization. Some ideas, like the proposal to annex land to neighboring cities, have been taken off the table completely. Others, such as the inclusion of urban farming, have been mentioned but pushed, at least for now, to the side.

Leading the plan are mayor appointed Toni Griffin, a renowned national urban planner who was hired by the Kresge Foundation this March, and city officials Karla Henderson and Marja Winters [Marja Winters was also a member of the 2009 Next American Vanguard]. Bing insists the city will also rely on the input of Detroit residents. His recent announcement of the strategic plan was made in part to notify residents that the first of five public forums is scheduled for September 14.

Many Detroit residents are concerned, though. Officials have been careful to avoid using terms like “downsizing” and “right-sizing.” They call it, instead, a “land use” plan. But on the other side, skeptics have gone as far as labeling it a modern day Trail of Tears — even ethnic cleansing. Trying to ease fears, officials repeatedly state that people will not be forced from their homes. The public forums, at least in theory, are a way to ease such fears and gain residents’ trust.

Some may find comfort in the fact that blatant use of eminent domain is illegal statewide. While the city assures residents eminent domain will not be used, though, there is much talk of using “incentives” for relocation, and within this past year Mayor Bing noted that, in his opinion, such relocation is key to moving the city forward. According to the Detroit News, one part of the city’s definite plans, one already in progress, is to demolish up to 10,000 homes over the next four years.

Already the media latched on to this potential controversy. Some see it for more than that, however. They see Detroit as a comeback city, and if the Detroit Strategic Plan can indeed bring back Detroit’s success, maybe it can help other struggling American cities create a vision for themselves.