Mapping of History of Cities Is Modern-Day Encyclopedia for Urbanists 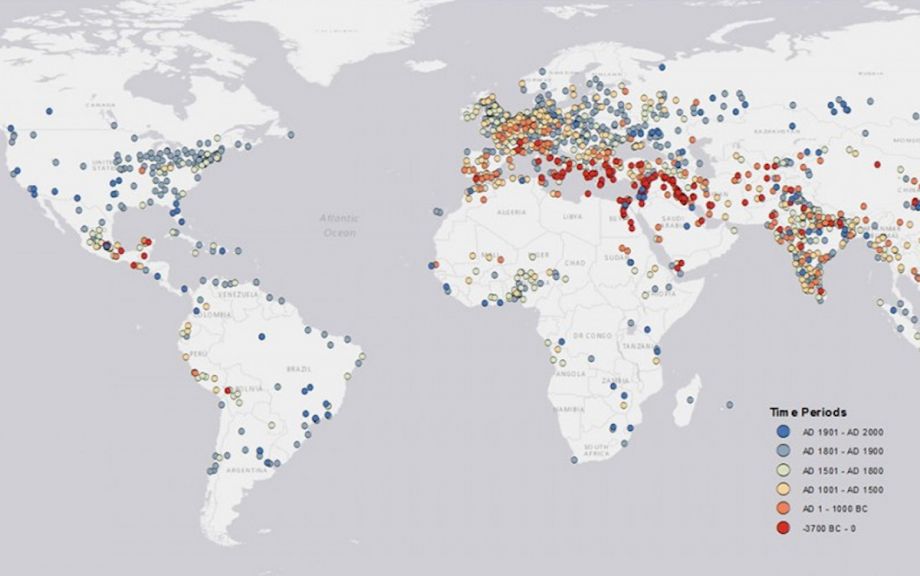 Cities are like living entities: They grow, shrink, expand and decline over time. And surprisingly, until now, there wasn’t a good way to watch this happen holistically.

A new study from Yale’s School of Forestry and Environmental Studies aims to take the first steps toward fixing that problem, with the release of a data set that digitizes 6,000 years of historical population data worldwide.

“I think to understand cities today it’s helpful to see cities from the past to look at how cities have changed,” says Meredith Reba, the lead author and a research associate at Yale F&ES.

Reba and colleagues used two respected sources that provided thousands of years of population data to researchers, except in dead-tree, tabular form. The sources were Four Thousand Years of Urban Growth: A Historical Census (1987), by historian Tertius Chandler, and World Cities: -3000 to 2000 (2003), by political scientist George Modelski.

“Chandler devoted 30 years of his life coming up with these [population] estimates,” Reba says. He had studied travel guides, census reports, encyclopedias, military records — in some places corroborating estimates by facts as abstruse as the number of loaves of bread sold in a city in a certain month. Modelski expanded upon Chandler’s work by extending the record further into the past and into the present. Both books are regularly cited by researchers despite being rather difficult to study or investigate using modern methods.

“There were lots of pages of text, and a lot of tables, and they’re not really useful,” Reba says. So she digitized and geocoded all the records.

The data set is not complete by any means, Reba admits. Chandler and Modelski’s work tended toward the Eurocentric, so prehistoric cities in the Americas may be missing. Two cities known to be habitations of North America’s “mound builders” show up in the data, “but then we also know there’s a lot of other aboriginal populations, native American populations [that are not included],” says Reba. “There is some critique for sure but if we don’t have [the data] in a usable form it’s hard to move forward.”

To show off the new data set, Reba and colleagues created a map that shows the first recorded date that world cities hit the stage, so to speak. (Caveat: These aren’t the dates the cities were founded and they’re not even, perhaps, the earliest population record of the city. “It’s the first record we have in these two data sets,” Reba says.) The map shows cities starting in the Fertile Crescent and moving east and westward, so a casual observer can track the growth and fall of cities over time.

The real value in the data, Reba says, is yet to be unlocked.

“You could combine this data set with additional data,” such as city limits (to determine density), transportation or land use changes, and so on. “And that could broaden the questions that [this data] could answer,” she explains.