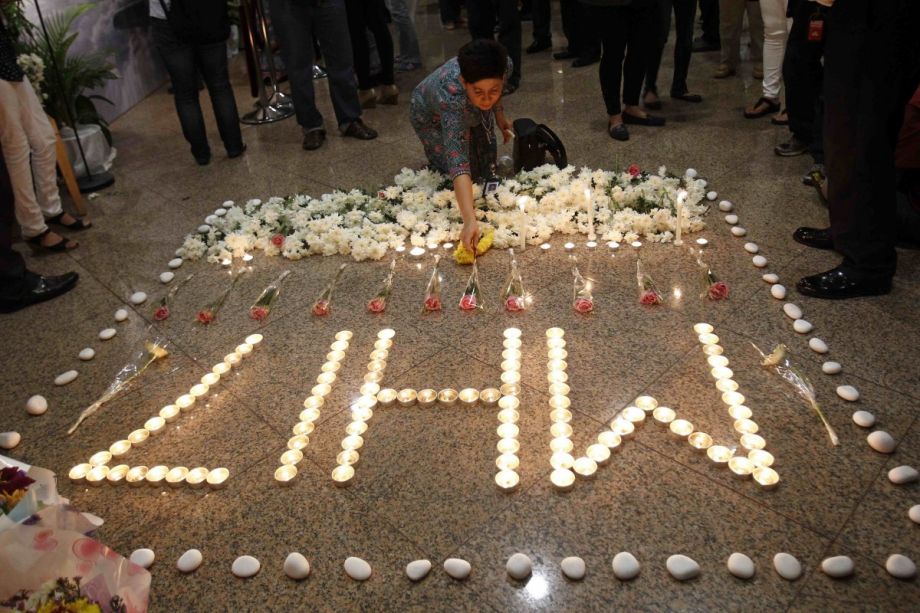 For many cities, planning for disaster means technical and logistical innovation. Early-warning systems, specialized response teams and recovery strategies round out these plans. One thinks of floods, tornados, hurricanes, or drought. Acts of God and natural catastrophes. Rarely does a state consider the possibility of an attack in times of peace, with no clear reasoning behind it.

For the Netherlands, the last two weeks have tested this country’s fortitude in the face of tragedy. As someone who has been writing about projects and systems that build resilience for the last year, it has been startling to realize that actually, there is only one form of resilience that vulnerable people truly need, and that is resilience of spirit.

I’ve written “vulnerable people,” but what I mean to say is simply, people. Every nation, every city, every neighborhood, is vulnerable in ways that we cannot predict. Some countries know certain risks are higher for them because of fragile coastlines or an aging population. Some countries plan for scenarios where invasion occurs or nuclear warfare breaks out. What they cannot plan for is the effect these disasters will have on their countrymen.

When the Dutch Minister of Foreign Affairs Frans Timmermans spoke at the UN Security Council meeting on July 21, he eloquently voiced the concerns that have been growing among the Dutch people since the crash of Malaysian Airlines Flight 17, which was carrying 154 residents of the Netherlands onboard. Timmermans spoke for everyone in the Netherlands when he said, “We are here to discuss a tragedy: the downing of a commercial airliner and the death of 298 innocent people. Men, women and a staggering number of children lost their lives, on their way to their holiday destinations, their homes, loved ones, their jobs, or international obligations. Since Thursday I’ve been thinking how horrible the final moments of their lives must have been, when they knew the plane was going down. Did they lock hands with their loved ones, did they hold their children close to their hearts, did they look each other in the eyes, one final time, in a wordless goodbye? We will never know.”

By using this platform to humanize the victims of the crash, Timmermans did what news reports and numbers cannot do: he made this event real and he made it personal. He made the victims into people we know and love, asking us to imagine our own grief in their place and creating in the process a common sense of deep empathy across the nation. His speech continued: “The last couple of days we have received very disturbing reports of bodies being moved about and looted for their possessions. Just imagine for one minute, first to lose your husband and then to have to fear that some thug might steal his wedding ring from his remains. Just imagine that this could be your spouse… Images of children’s toys being tossed around, luggage being opened or passports being shown, are turning our grief and mourning into anger.”

Timmermans’ speech ended with a shift from outrage and powerlessness to a proactive commitment to regain control of the situation. He concluded: “I call on the international community, on the Security Council, on anyone with influence on the situation on the ground: allow us to bring the victims’ remains home to their loved ones without any further delay. They deserve to be home… Once the investigation ascertains who was responsible for the downing of the flight MH17, accountability and justice must be pursued and delivered. We owe that to the victims, to justice, to humanity. I call on all relevant countries to provide full cooperation. My country will not rest until all facts are known and justice is served.”

The dignity and assuredness with which Timmermans addressed the Security Council has since inspired a new sense of purpose in this small and peaceful country. Overwhelming support for Timmermans’ words manifested itself in nearly 60,000 likes when the minister posted the speech to his Facebook page. Clearly moved by this show of confidence, Timmerman responded with another Facebook post (my translation): “Unfortunately, I don’t have the time to personally thank everyone who responded to my speech in front of the Security Council. So I will do it in this manner: thank you all very much. An hour before the Security Council met, I put my feeling about the tragedy that has struck our country in the heart onto paper. Many of you have now let me know that we share the same feelings. This shows that our country is capable of great compassion and great harmony. No one, absolutely no one, can keep us down. Like you, I am thinking of the victims and their loved ones — especially today. They represent the best of our country and they bring the best of our country to the forefront.”

For many, Timmermans’ emotional but dignified reaction to the crash of flight MH17 and the political chaos that followed that crash has become a kind of national example of how the Dutch people can constructively frame their feelings. Since the first forty victims were brought back to the Netherlands on July 23, the anger, the confusion, the horror and sadness have somehow transmuted into a sense of collective strength and yes, resilience.