Making Space for Culture: How Cities Can Preserve Their Valued (and Valuable) Cultural Assets – Next City

Making Space for Culture: How Cities Can Preserve Their Valued (and Valuable) Cultural Assets 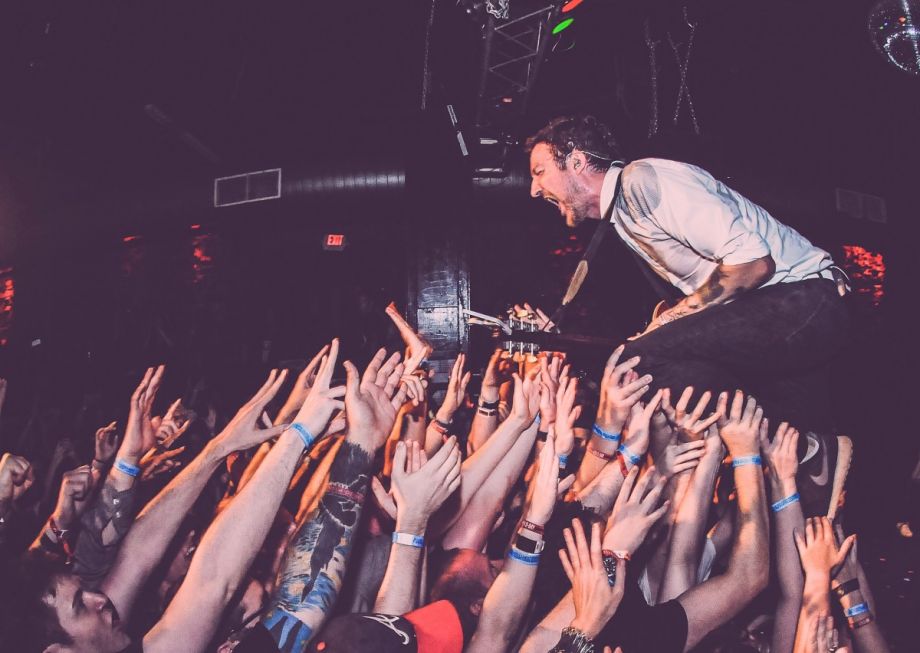 In 2013, Maggie Lea—owner of one of Austin’s most beloved local bars and music venues, Cheer Up Charlie’s—found out she was being evicted. When Lea and co-owner Tamara Hoover started the venue as a food truck in 2010, East 6th street was a deserted area with little nightlife to speak of. In the three years since opening, Cheer Up evolved into an LGBT-friendly outpost for East Austin’s creative class with multicolored murals and lights, a menu featuring affordable, unconventional cocktails, and nightly live music shows, with profits going into improving the space. In that same time, East 6th transformed into one of the city’s most popular nighttime destinations with a host of new honky-tonks, restaurants and dive bars. When Lea and Hoover asked why they were being asked to leave their space, their landlord said he had realized how well the business was doing based on their alcohol sales tax records, and that he would be opening his own bar there, based on the same aesthetic and concept that Cheer Up Charlie’s had.

Cheer Up’s story has a positive ending. The venue relocated to a larger space in Austin’s Red River Cultural District, playing host to artists including Solange and Real Estate. But other cultural spaces haven’t fared as well. Iconic arts and music spaces in cities around the world are becoming victims of their own success.

As world cities witness the acceleration of the current global affordability crisis—in Hong Kong, housing costs are more than 18 times annual median income and in Toronto real estate prices rose by 32 percent in 2016 alone—they’re now seeing their cultural infrastructure, spaces where creatives work, live and perform, become endangered. In the past decade alone, London has seen a 50 percent reduction in its number of nightclubs and a 35 percent decrease in the number of grassroots music venues, and 30 percent of artist studios there are at risk of being lost in the next five years. And a 2015 report found that musicians in Austin can no longer afford to live there—putting the city’s status as the so-called Live Music Capital of the World at risk.

A confluence of factors including rising population, an influx of new capital, a lack of adequate housing supply, restrictive and dated planning policies and a lack of oversight of private sector development is disproportionately impacting the cultural and creative sector, who more often are renters than owners, making them especially susceptible to these external forces. The spaces most at risk are spaces for cultural production: affordable artist studio and rehearsal space, space for ‘dirty’ creative industries such as set design warehouses and craft workshops, and grassroots cultural venues. These spaces form a critical link in cities’ creative supply chains, serving as de facto R&D labs for the cultural sector.

As cities lose their creative communities and the spaces they operate from, they become at risk of becoming what Mark Augé referred to as “non-places”—homogenized cities in which aesthetic diversity and local authenticity is diminished. This impacts cities’ vibrancy and distinctiveness, economic dynamism and capacity for innovation. These cities face a dilemma: How can they continue to attract new residents and investment while preserving the cultural and creative milieu that made them desirable in the first place?

But there are steps that cities can and are taking to not only mitigate the loss of cultural space but to create new opportunities. The report Making Space for Culture—part of an ongoing initiative on the topic by the World Cities Culture Forum—looks at how cities are adopting strategies to maintain and develop a vibrant cultural mix in spite of escalating external forces. These efforts span funding and finance, planning and policy, and space development and provision. The level and intensity of government intervention varies, but all involve a diverse coalition of actors.

In 2015 London’s City Hall rolled out a Grassroots Music Venue Rescue Plan to stem the wave of closures occurring in the city since 2007. The city established a cross-departmental task force, including culture, planning and police departments and representatives from the music industry, to examine causes for the closures and to develop a rescue plan.

As part of the plan’s implementation, in 2016 the Mayor’s office brought on its first official Night Czar, Amy Lamé —a nightlife and music scene veteran—to act as a champion for the city’s music community. London has also started adopting “Agent of Change” principles in planning, requiring any new developments near music venues to bear responsibility for soundproofing. The plan is now stewarded by a new London Music Board comprising policymakers, economists, representatives from the music industry, planners and tourism experts.

The plan has already seen a significant impact—2017 marked the first time in a decade that London saw no net loss in the number of music venues—valuable cultural assets that contribute £92 million per year to the city’s economy.

In San Francisco, semi-interventionist efforts are underway to give cultural organizations and producers access to space at below-market-rate rents. The Community Arts Stabilization Trust (CAST) is working to counter tech-driven market pressure that have driven rents up 30 percent, a rate that is making it nearly impossible for arts non-profits to stay in the city center. CAST presents an innovative solution by purchasing property and leasing it to non-profit cultural organizations based on a lease to own model. This allows arts organizations to eventually purchase their own space from CAST, and for those organizations which are not prepared to own their space, CAST bundles leases together in order to sustain affordable rents. It also provides expertise and knowledge, serving as an ‘honest broker’ among arts organizations, developers and private property owners. CAST’s approach has improved cultural organizations’ capacity to lease or own property, preserving communities who are on the verge of being driven out.

Artists worked with local children to depict their neighborhood as the children saw it. (Courtesy TAK Kartal)

Government can serve an important role in allowing for serendipitous uses of cultural infrastructure by providing space for the community to determine new uses, tailored to local needs.

Kartal—an industrial and largely immigrant area of 460,000 in Istanbul—has piloted the government-backed “TAK Kartal” (Design Atelier Kartal), which has brought together 450 artists and designers and 1,700 local residents to re-develop abandoned spaces. It is a public/private partnership between the Municipality of Kartal, which finances the project; the DESTEK Platform, an advisory board of 250 designers; and Kentsel Strateji, a private company founded by the two founding designers who developed the idea for the project. TAK Kartal’s participatory approach has led to the conversion of unused civic space into street art and green space.

City leaders, the real estate and planning community and the wider public need to ask themselves what kind of cities they want to be living in — and whether through inaction they are willing to risk their cities becoming ‘non-places’.

Rebecca Greenwald is a researcher and Yvonne Lo is a senior researcher with BOP Consulting, a research and strategy practice specialising in culture and the creative industries. BOP convenes the World Cities Culture Forum, a network of local government and cultural sector leaders from over 35 cities around the world.