Making Space for Bravery in the Struggle for Human Rights 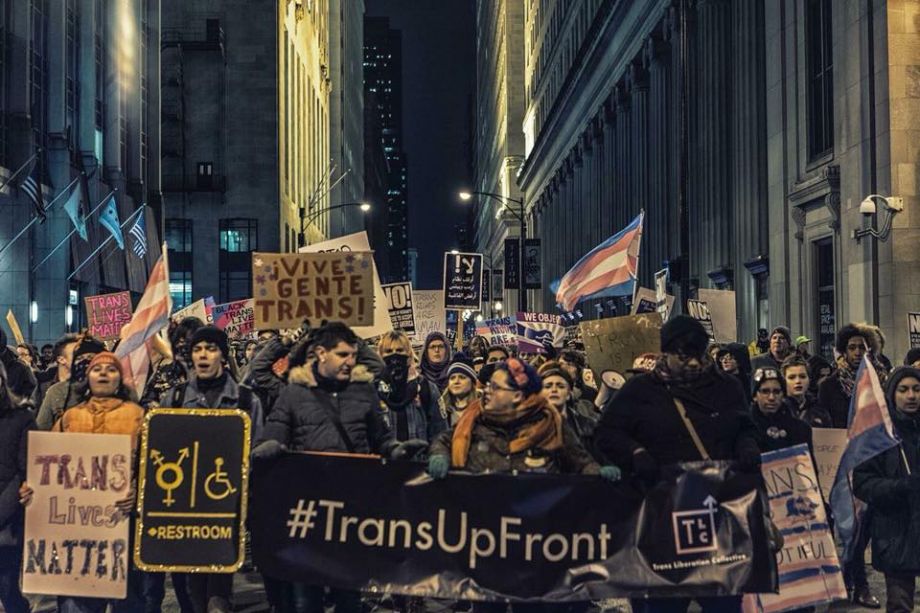 One of the first moves of the Trump Administration was to remove the LGBT Rights webpage on whitehouse.gov that had been created by the Obama Administration. While it’s true that archiving the material of a prior administration is standard operating procedure, over the past two years the Trump administration has systematically acted to eliminate or roll back references and materials and policies pertaining to the LGBTQ community from official government websites.

The Trump Administration has even pushed to remove references to “gender” from United Nations human rights documents, replacing with the word “woman” in most instances.

“I hate to say this but a lot of people don’t see trans people as humans, right? Trans people [aren’t allowed] to do their own thing or have their own power. When people see that, they feel uncomfortable,” says LaSaia Wade, founder and executive director of Brave Space Alliance, based in Chicago.

Brave Space Alliance has made it its mission to resist the policies and actions of the Trump Administration against transgendered and gender nonconforming individuals, and to empower these individuals space to express their authentic selves.

“We needed something to hold other organizations accountable especially around transgender and nonconforming issues. And Brace Space Alliance has been that wheel throughout Chicago and pushing politics around the life and protection of transgender nonconforming (people),” Wade says.

Wade, a native of Chicago Heights, identifies as an openly queer trans woman of African and Puerto Rican heritage. She left Chicago at age 16 to attend high school and college in Tennessee, and then relocated for a time to California where she received training and experience in activism and politics. She has been back in the Chicago area for the past six years. She never had any doubt that she would return.

“You never go too far from Chicago,” she says.

In its charitable and political work, Brave Space Alliance provides a platform for the voices of transgender individuals, especially those of color. The organization works toward gaining and maintaining a seat at the table in shaping issues affecting the LGTBQ community in Chicago. The Alliance focuses its efforts on three areas: health and wellness, leadership development, and visibility. Among its ongoing efforts are monthly job preparedness and campaign organizing workshops. Above all, Brave Space Alliance strives to allow trans people tell their own stories on their own terms, according to Wade.

“Having conversations around transphobia is a different conversation than having a conversation around homophobia. A lot of people use ‘queer’ and (talk about) queer politics but don’t understand about allowing trans people to take their own power,” Wade says.

Being true to itself as an organization has led to some hard choices. Previously, Brave Space Alliance was housed in a space that included a recording studio and other facilities, which provided a key space for its clients to exercise their right to self-expression. The space, however, ultimately proved to be unwelcoming to the Alliance’s transgender clientele, despite being very welcoming to gay people and lesbians, according to Wade. As a result, Brave Space Alliance recently moved out, and is seeking another space.

“It’s okay in a lot of these places to be gay or bisexual or lesbian but never a trans woman or trans person,” Wade explains. “So we moved out of that space and we are not able to go back to that particular space for the recording aspect. But hopefully within the next few months we will be able to have our own space that we’ll be able to design and do things like that.”

In the meantime, Brave Space Alliance has continued to provide services and offer culturally-oriented activities through cooperation with other organizations, Wade says.

Wade prefers local initiatives such as these, rather than attempting to act on a national level. Politically, Brave Space Alliance has engaged politicians such as Illinois governor-elect J.B. Pritzker. Brave Space Alliance has been in communication with Pritzker for about eight to ten months, with positive interactions, Wade says. There were no such attempts to reach out to outgoing Republican Governor Bruce Rauner, according to Wade. (“I already knew that was a closed and shut case. No ma’am. I’m black, I’m trans and I’m queer? No,” Wade says about contacting Rauner.)

Interactions with other politicians have had mixed results, mainly because of requests for photo-ops, according to Wade. “Because I’m a figurehead I try hard not to take pictures with a lot of people. And the first thing [candidates] want to do is take photos,” she says.

Wade made an exception for a photo-op in Oct. 2018, when Brave Space Alliance and the Legacy Project unveiled a plaque of trans activist Marsha P. Johnson on Halsted Street in Chicago’s Boystown neighborhood on the North Side. She posed with Legacy Walk Executive director Victor Salvo and Gloria Allen, a trans woman who led a charm school for trans girls and women for a photo beside the plaque of Johnson at the conclusion of the ceremony.

The unveiling was a celebration of Johnson’s extraordinary life, in keeping with a shift in philosophy of Brave Space Alliance from an emphasis on safety to promoting bravery.

Tags: chicago, for whom by whom, lgbtq