L.A. Streetcar Takes Another Step Toward 2020 Comeback – Next City 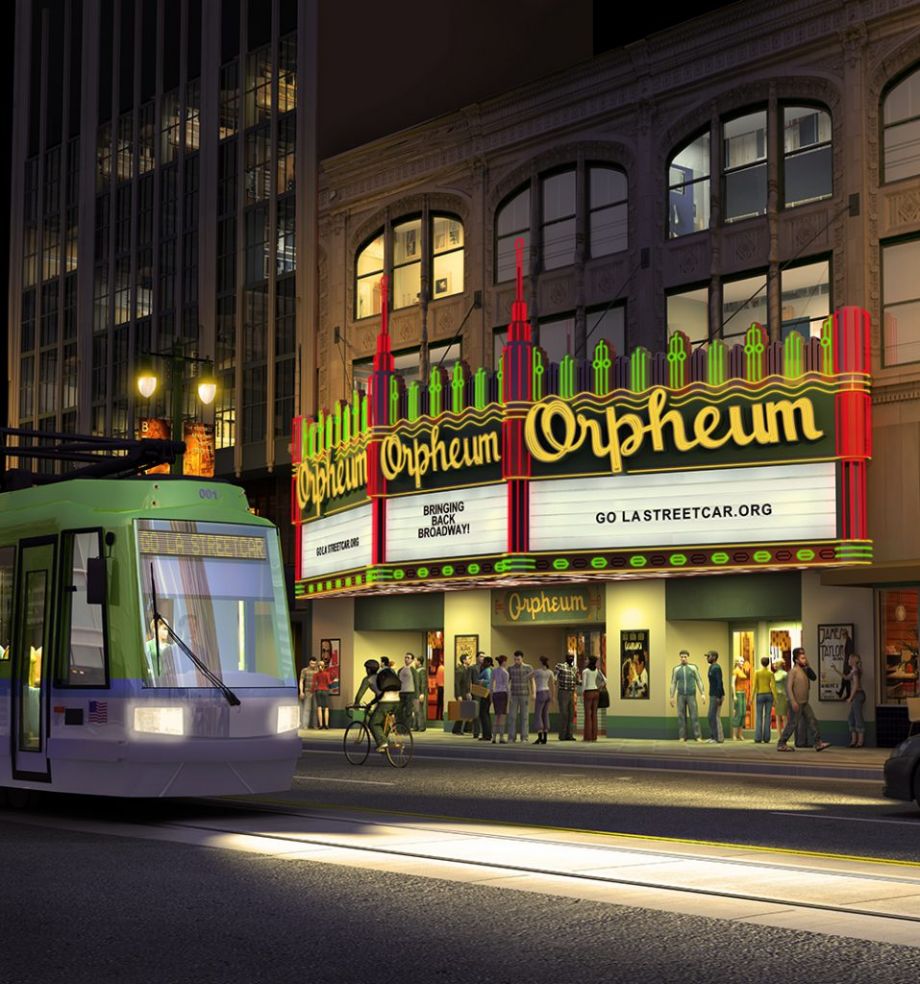 A rendering of the L.A. streetcar (Credit: Los Angeles Streetcar)

The 3.8-mile loop will pass through the Civic Center, the Convention Center, the Fashion District and the South Park area. The route will stop near hotels, theaters and shops along Broadway and near Grand Central Market. 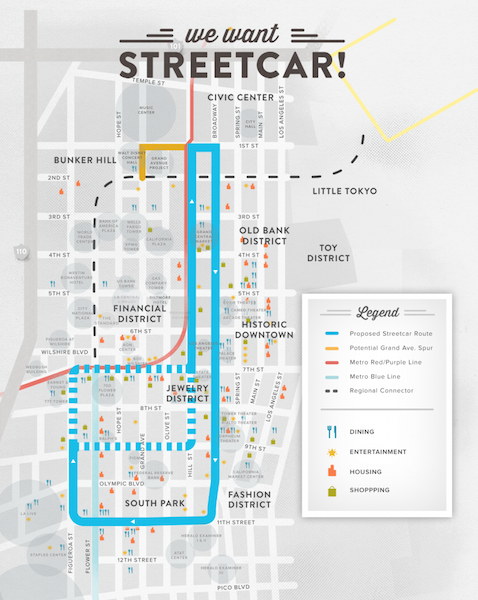 During the early half the last century, L.A. had more than 1,000 miles of streetcar track and more transit riders per capita than San Francisco. According to the nonprofit Los Angeles Streetcar, which has been pushing for the project since 2009, the new line could reach more than 6,000 riders per day. Current plans call for the streetcar to run for 18 hours a day and have headways ranging from seven minutes to 15 minutes depending on the time of day.

“We’ve reached a very important milestone in what will be a transportation project that will link our regional transit system with destinations downtown,” Councilman Jose Huizar, who has long championed bringing back the streetcar, said prior to the vote.

A 2015 estimate put the cost of building the system at about $280 million, but city officials will finalize the cost estimate for the streetcar based on more recent engineering and utility relocation costs. The project is expected to receive about $200 million in sales tax revenue from Measure M, which was approved by voters earlier this month, and the rest will be funded through public-private partnerships and federal grants.

If the streetcar receives final approval, construction could begin in 2018 and be completed in 2020.