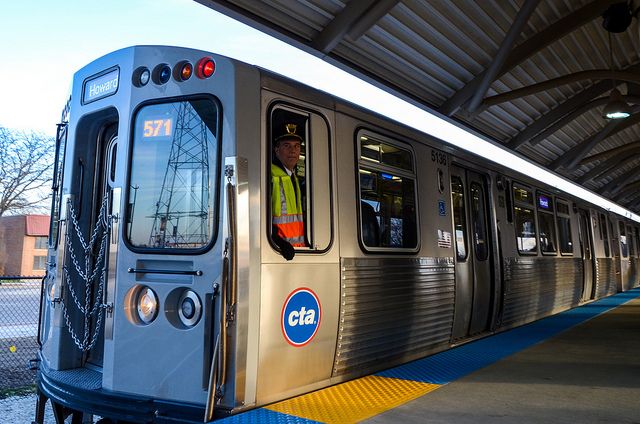 Chicago labor groups are pissed. And they have a right to be. The Montreal-based company Bombardier Transportation was awarded a $1.14 billion contract to build more than 700 train cars for the Chicago Transit Authority, and the local workforce has been left out.

The greater Chicago area and Illinois were cut out of thousands of jobs on this public project, according to the Chicago Tribune, and nine labor and community groups have written a letter calling on the CTA to change the procurement process and include a requirement for local job creation for the next batch of rail cars — 846 cars to the tune of roughly $2 billion — set to be built over the next decade.

“This American Jobs Plan disclosure requirement should include information about the quantity, proposed wages and benefits, location, investment in work force training and plans for recruitment of disadvantaged workers related to the proposed manufacture of the vehicles,’’ said the letter, signed by officials of the Chicago Federation of Labor, Chicago Jobs with Justice, Citizen Action/Illinois, Gamaliel of Metro Chicago and other labor, business and faith-based groups.

Demanding that the rail cars, or at least a specific percentage of them, are locally manufactured isn’t crazy. It would follow a promising policy trend that has cities and states reforming the public procurement process in ways that have the potential to significantly reduce outsourcing and keep jobs in the region.

In May, Colorado Gov. John Hickenlopper signed the Keep Jobs in Colorado Act, which, as it name suggests, is designed to keep jobs in state. A state law already required that 80 percent of workers on publicly funded projects be Colorado residents. The new law penalizes companies that don’t employ locally or that outsource materials, rather than purchasing from local businesses.

If the CTA likes Bombardier and is hell bent on working with the company, it could look west to Los Angeles for better ways to localize procurement. In February, L.A.’s Metropolitan Transit Authority (L.A. Metro) inked a $305 million deal with a Canadian company, New Flyer Industries, to spearhead the manufacturing of new clean-fuel buses. But L.A. Metro required that the buses be made in the U.S. and that it create a specific number of jobs. New Flyer beefed up its manufacturing operations in Saint Cloud, Minn. for L.A. Metro, where it will create 150 new jobs (and an additional 50 jobs in L.A.).

It’s smart procurement from L.A. Metro, which requires all companies bidding to include a U.S. Employment Plan in their proposals. And it’s not that much different from what’s going on in Colorado. It’s a public project, so why should that money go to, say, Canada?

It shouldn’t. And more states and regional authorities need to adapt these procurement ideas, especially for publicly funded projects. It’s a win-win situation for any politician in charge. You keep the labor unions happy, increase your tax base, do small parts to reduce unemployment and, to take the shallow route, it’s a sweet PR move working with local companies. Just think of all the folks you could bring to the ribbon cutting. It’s quite the photo op.

CTA officials cited the city’s current Red Line renovations that have created jobs and given out more than $100 million contracts to Illinois companies. But why stop with the Red Line? Why not make all CTA projects deeply local affairs?