These Musicians Are Creating an Indianapolis Soundtrack – Next City

These Musicians Are Creating an Indianapolis Soundtrack 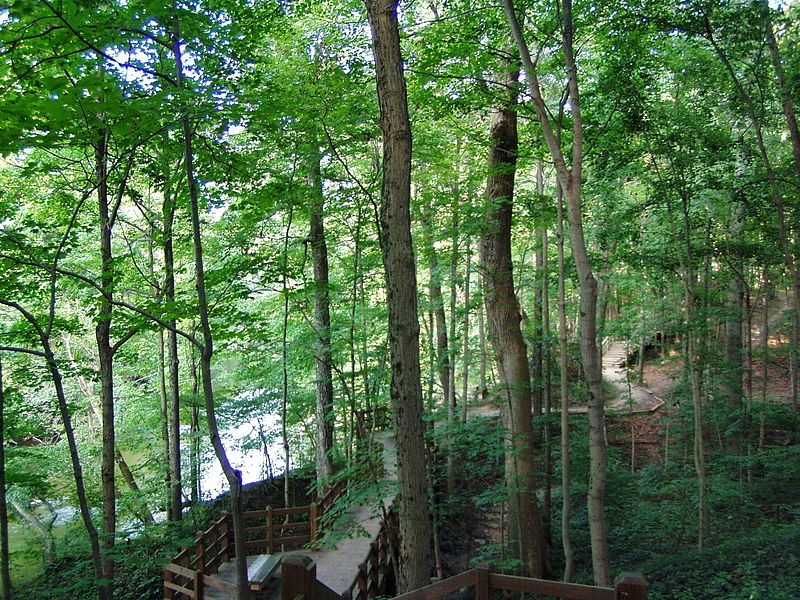 Fall Creek is one of several locations across Indianapolis that music was specifically composed for as part of creating a soundtrack for the city.

If you think murals are the only way for art to become part of the living landscape of a city, think again.

In Indianapolis, a multifaceted movement is creating a soundtrack for the city. Sound Expeditions is the umbrella group that is coordinating the effort in collaboration with key anchor institutions. “The main goal is to commission compositions and new sound art that celebrate and expand the city’s cultural legacy,” says Michael Kaufmann, the project’s curator.

It works like this: Carefully chosen artists, some local and some not, are commissioned to write music or sound art about a specific location in the city, like the White River or Fall Creek. Composer fees range from a few hundred dollars to a few thousand dollars, depending on the artist and the complexity of the arrangement. Site visits are coordinated, as well as access to an array of people who can help the musician understand the place, from its sensory acoustics to the community it sits in. And then artists are given the freedom to respond as they see fit. The result is an intriguing archive of largely instrumental pieces, beginning with the first commissioned piece from 2010: Jordan Munson’s “Carbon and Oxygen,” created for the opening of the Indianapolis Museum of Art’s art and nature park.

Place, Kaufmann says, is grounding for an ephemeral art form that has been only further dislocated by the Internet. “This instant access to any song anywhere, this flattening of the experience of music, is to me really compelling,” he says. “How can you create music that doesn’t require, but is enhanced, by being in a specific place? We’re trying to localize that experience, to create a context where listeners get more out of [the musical experience].”

Kaufmann’s day job is vice president of civic investment for the entity that operates Eskenazi Health, a historic public hospital that recently built an ambitious new campus with a significant public art element. Kaufmann found a way for music to be part of that by commissioning composer Caroline Shaw to write music. Her piece, “The Rivers,” features the city’s children’s choir. “This lets us bring a new approach to a public art program, which is multidisciplinary and includes music,” Kaufmann says. Soon after the commission, Shaw won a Grammy Award, collaborated with Kanye West and became the youngest person to win a Pulitzer Prize in music. (Listen to one of the pieces below.)

In another partnership, six pieces of music were commissioned through a grant from the National Science Foundation to StreamLines, a collaborative project that merges science and art to advance the community’s understanding of Indy’s waterways. The music debuted alongside six environmental installations by New York-based artist Mary Miss, poetry written by Indiana poets and curated by Poets House, and a series of dance performances choreographed by Butler University’s dance department.

The music of Sound Expeditions isn’t necessarily celebratory, however. These aren’t meant to be patriotic homages. In one work that hasn’t yet been officially released, designer and composer Oliver Blank invited citizens to call a phone number and describe what makes them afraid of Indianapolis; he’s integrated the calls into his piece titled “The Bureau of Manufactured History.” And Olga Bell composed “Voluntary Remediation” about a waterway that had been polluted by a large utility. As she wrote in the narrative accompanying the piece, she was surprised at the lack of information about water quality in the community. “The rapid onset of industry and its environmental fallout, the simultaneous passion, pride and pain of this history has for me always felt particularly concentrated in the Midwest,” she wrote. “The arc of this composition follows a similar trajectory, arising from and returning to minimalism (purity) in form of a lone saxophone line at the opening and the gurgling data-synth at the end.”

Kaufmann didn’t come cold to this work of merging place and sound. While living in Olympia, Washington, in the 1990s, he was part of an experiment that physically brought music to locations throughout the city, stashing recordings alongside cassette players for citizens to discover. He also ran the record label Asthmatic Kitty Records for about a decade, best known for the recording of Sufjan Stevens, including the place-based albums Illinois and Michigan.

The ongoing archival collection of Sound Expeditions will be housed at the Indianapolis Museum of Art. The five-person curatorial team, including Kaufmann and an IMA staff member, plans to build out an open-source portal for the music, and expand its partnerships to other cultural institutions throughout the Midwest to grow its soundtrack regionally. It also anticipates building a collection of best practices and scholarship on the intersection of music, sound art and place. (Fiona McDonald, who has a doctorate in anthropology, is also part of curatorial team.)

Eight more compositions are expected to be released in 2016, including pieces by composers Daniel Wohl and Son Lux. There’s room for the featured sites to overlap, and for musicians to respond to some of the same places, but Kaufmann doesn’t see that happening often. “I mean, we’re a massive city. You could fit three Cincinnatis in here. My vision is more spread out so that it really does become this blanket of composition.”

“I don’t mean to be super political, but I hate the term ‘creative placemaking.’ I find it incredibly offensive,” Kaufmann says. “It implies that there was no creativity there before, and it implies that no place was there before. … When you go into a place, there’s a historical, political and environmental context you’re entering into.”

Music is an art form that actually avoids a lot of those tricky conversations. Because of its ephemeral nature, there’s not such a heavy responsibility to engage public opinion before and after the work, “because it’s not going to invade their lives” in the same way, as Kaufmann puts it. But paradoxically, by creating room for individuals to have personal responses to the music, and to listen to it in their own way, “we’re trying to democratize art and public space” in Indianapolis.