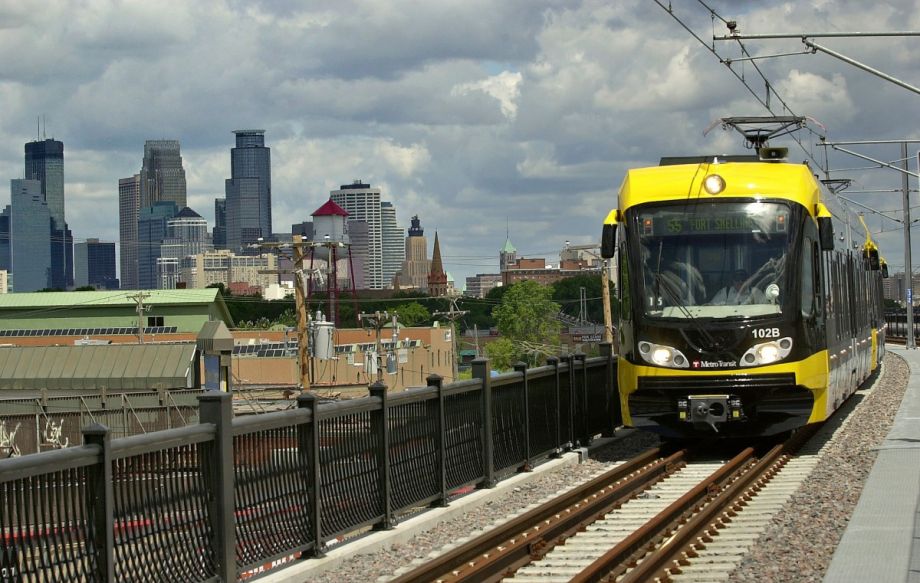 A proposed Minneapolis light-rail project may finally be built following a contentious, three-year lawsuit that was thrown out by a federal judge Tuesday.

Critics of the line’s route argued that the Metropolitan Council (the body overseeing the line) violated federal law by choosing the route before an environmental study had been completed. However, Judge John Tunheim wrote in his opinion that the council “did not irreversibly and irretrievably commit itself to a specific light-rail route, despite giving the appearance that it did.” The case was filed in 2014 by the nonprofit Lakes and Parks Alliance (LPA), the Minneapolis Star-Tribune reports.

But controversy over the LRT route runs deeper than that legalese, as Next City covered several years ago. A good deal of the public objection to the line centered on the Kenilworth Corridor, a narrow strip of land between two lakes threaded by freight lines and a popular bike and pedestrian path. Some saw the land as a pristine natural corridor in need of preservation. Others, like Hennepin County Commissioner and transit advocate Peter McLaughlin, saw it as the perfect canvas for green development.

“It’s a human-made channel that was dredged between two swamps. It’s not a pristine trout stream,” he told me in 2015. “Its vegetation is volunteer vegetation that grew up around a freight yard.”

Eventually, however, the legal challenge brought up questions about state vs. federal law — and the challenges of building transit through cities that may not want it.

“State law, while well intentioned, severely restricts the Council’s ability to move light-rail projects forward during the planning and design phases because the state’s municipal-consent regime effectively gives veto power to every local government along the project’s proposed route,” Tunheim wrote in the opinion. “At the same time, and in potential conflict, federal law requires the Council not to limit reasonable alternatives until the final environmental review is complete. For the Council, walking that tightrope is difficult.”

The LPA is “extremely disappointed by the decision” and considering its options regarding an appeal, according to the Star-Tribune.