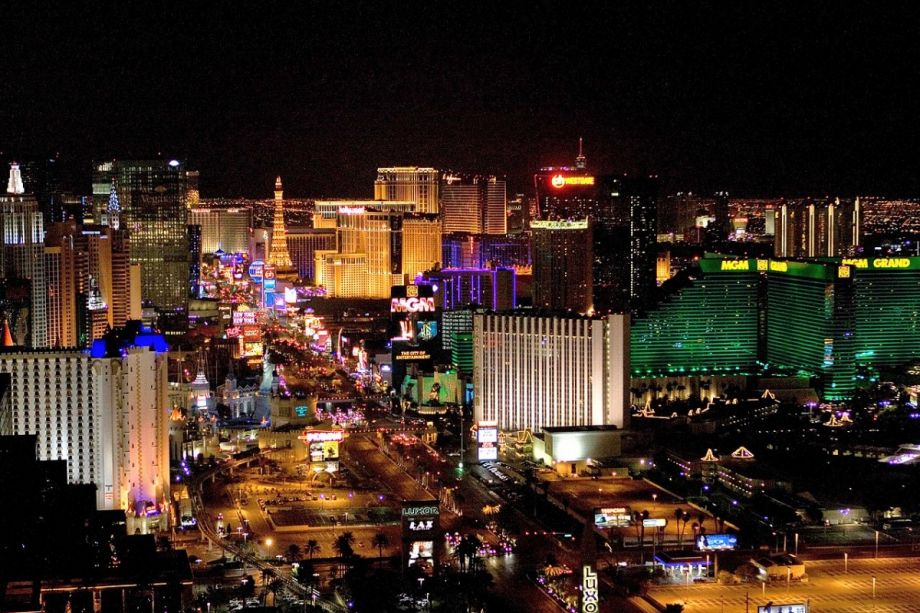 The slow-burning affordable housing crisis in American cities has been punctuated over the last few years by headlines describing raids on encampments set up by people with nowhere else to live.

Just this week, officials in Orange County, California, announced a plan to clear out a homeless encampment on the Santa Ana river and provide temporary housing in motels for up to 400 people. Last month, Baltimore said it would clear an encampment under an interstate overpass downtown and provide temporary dormitory housing for its residents. Philadelphia officials began cleaning up a notorious railroad encampment used by people experiencing opioid addiction last summer. San Francisco voters approved a ballot measure authorizing the city to clear sidewalk tents in 2016. After clearing a highway underpass camp, Seattle officials actually installed bike racks on the site to keep people from coming back. The list goes on.

In Las Vegas, the city is testing out a different approach. In recent years, people experiencing homelessness have been camping along a stretch of Foremaster Lane, just north of downtown Las Vegas, in the vicinity of a Salvation Army and a Catholic Charities, according to Kathi Thomas-Gibson, the city’s manager of community resources. Rather than breaking up the congregation, Las Vegas has bought up some of the land and is seeking to make it permanent.

As part of a broader strategy to address its growing homelessness problem, the city is building an open-air courtyard where homeless people can legally camp. The courtyard would include bathrooms, structures for shade, storage, and sleeping mats, according to reports. Some social services are already operating in the area, but the city plans to bring even more, from essentials like showers to housing, employment, and mental health services.

“It is a service center,” Thomas-Gibson says. “One of the services might be that you need someplace to be overnight, but the intention is that homeless individuals get connected to the services that can help break the barriers to ending their homelessness.”

Las Vegas has the eighth largest homeless population in the U.S., based on the annual point-in-time survey from last January. It is the smallest city in the top ten for homelessness nationwide, according to a report in the Las Vegas Review-Journal. And, according to another Review-Journal report, the number of homeless people living outside of shelters is at a four-year high.

Las Vegas officials were inspired to create a “Corridor of Hope” along Foremaster Lane by a similar facility in San Antonio. There, a retired oil executive helped establish the “Haven for Hope,” a place for homeless San Antonians to sleep — either in an open-air courtyard, or, for those who make certain commitments to stay drug and alcohol free, in a dormitory. The facility, which has been operational since 2010, covers 23 acres and includes medical, dental, and mental health services.

Las Vegas officials took a trip to the Haven for Hope in San Antonio early last year. By May, the city council had approved the concept for the Corridor of Hope and allocated $5.9 million for construction. The city has acquired land, and is now in the process of demolishing some of the buildings that were standing there, according to Thomas-Gibson. It plans to have 24-hour services adjacent to the courtyard up and running by May of this year, Thomas-Gibson says. A second phase, starting this summer, will result in a permanent mental health clinic, she says.

The land the city was well-placed for the city to acquire, Thomas-Gibson says, because with some traditional homeless shelters already operating nearby, commercial and retail operators weren’t likely to locate there. Initially there was some skepticism from nearby businesses and social service operators, and on city council. But Thomas-Gibson says the neighbors have been included in the planning.

“We have a homeless advisory council that is made up of people who own and operate entities in this area,” she says. “We’re talking about the homeless that are there in the urban core and being strategic in how we leverage existing resources and bring additional resources to really impact what happens there. And all of those businesses and all of those social service agencies that are already there are part of this conversation.

Deacon Tom Roberts, the president and CEO of Catholic Charities of Southern Nevada, which occupies an eight-acre campus on Las Vegas Boulevard near the planned courtyard, says that many of the people served by Catholic Charities and other service organizations in the area identify mental health and addiction issues as reasons why they’re homeless. The organization can offer shelter, food, and in some cases help finding work, but there are some needed services it doesn’t provide.

“We have ways to get people that have come to us that are really struggling back to some level of independence but we don’t have is mental and behavioral health services,” Roberts says.

Roberts and other service providers have been advocating for the city’s plan. Roberts says he knows that one facility in Las Vegas can’t resolve homelessness throughout Southern Nevada, but believes that the project could become a prototype that can be replicated in other areas. The key is that the courtyard has to be more than a “human bullpen,” where people experiencing homelessness are funneled into one place and then left to fend for themselves, he says. So the city needs to “follow through” on the other aspects of the plan.

In addition to the courtyard and the corridor, the city is trying to address homelessness from a variety of angles, Thomas-Gibson says. That includes more “housing first” solutions, like rapid re-housing, where the city helps pay rent or utilities for newly homeless families or individuals whose housing could be stabilized with a small amount of assistance. Las Vegas is also looking into creating a landlord liaison role, which it hopes would help sort out issues and encourage landlords to take on tenants they might otherwise consider a risk.

The city is working “feverishly” to address its affordable housing shortage, Thomas-Gibson says. The shortage is among the worst in the nation, according to one report. And the city is trying to get other jurisdictions in southern Nevada to invest in affordable housing as well.

The courtyard is meant to address the homelessness problem that’s specific to downtown Las Vegas, but Thomas-Gibson says the broader strategy is regional.

“The long game is to be sure that there is actually housing available for low-income individuals to rent,” she says.