Investors Want to Align Their Dollars with Racial Justice Demands 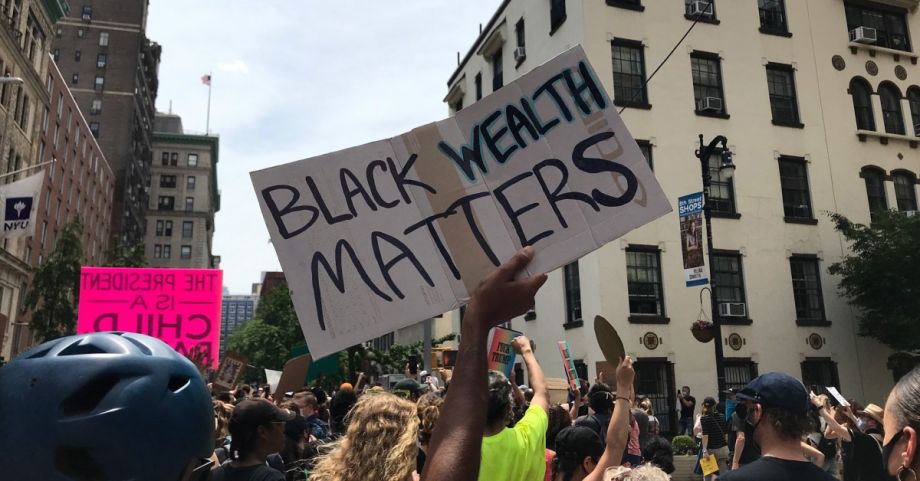 A year ago, Ryan Bowers and Napoleon Wallace sent some investors a letter. These investors had each loaned the city of Chicago a slice of $274 million through a 2017 municipal bond sale, identified by a unique number that every bond issuance gets called a CUSIP number: 167486ZZ.

The letter informed investors that the city of Chicago used $225 million from bond issuance 167486ZZ to cover the cost of municipal legal settlements resulting from police misconduct, civil rights violations, wrongful death cases, and other “adverse judgments” against the city. Rather than having police or the police department repay those dollars, the city would repay the borrowed amount plus interest out of its general budget.

As co-founders of Activest, an investment research and consulting firm, Bowers and Wallace think that should be a red flag for investors. It means that a more violent police department is a drain on municipal budgets. Maybe investors would want police departments reduced in size, made less violent somehow, or perhaps made to pay for their own settlements.

Bond issuance 167486ZZ was just the tip of the iceberg. The letter they sent was co-signed by the Action Center on Race and the Economy, and asked investors to join Activest and the Action Center in demanding more transparency from Chicago’s bonds.

According to the Action Center’s research, from 2010-2017 the city of Chicago borrowed $709 million for legal settlements related to police violence. They dubbed those transactions “police brutality bonds.” When you include the interest on those bonds, that puts Chicago taxpayers on the hook to pay an estimated $1.57 billion for legal settlements for police misconduct from 2010-2017. If the city had saved all that money for a rainy day instead, it could more than cover its $1.2 billion budget shortfall expected in 2021.

The goal of the letter was to bring some of those investors together with grassroots criminal justice activists in Chicago to call for greater transparency and public disclosure about any time the city issues police brutality bonds. They wanted bond investors to collaborate with activists to pressure Chicago to change its ways. Their argument was such police behaviors are a fiscal risk, in addition to being a risk to residents, especially Black residents.

The letter elicited barely any response from investors. “It was hard to get on folks’ radar,” says Bowers. “But the campaign helped us learn a little more about bondholders’ motivations.”

Working with Adasina Social Capital, an investment advisory firm co-founded by a queer Black woman from rural California, Activest is now helping bring new investors into the municipal bond market who would hopefully be more receptive to letters like that in the future, using their influence and money to call for change where they’ve invested. They’re calling it “Fiscal Justice” investing. Adasina already has $100 million lined up from its clients to start making fiscal justice investments.

“Mostly our clients don’t already have municipal bonds in their portfolios, but they want to invest in racial justice,” says Adasina co-founder Rachel Robasciotti. “So this is bringing new money to the municipal market for Black communities.”

The municipal bond market is in some ways the first frontier, and in other ways the last frontier of investing with some kind of social purpose in mind. The first municipal bond on record in the U.S. was issued in 1812, by New York City, to build a canal. In the 1830s New York City issued municipal bonds to finance the construction of the Croton Aqueduct — built largely in response to repeated cholera epidemics. In 1919, Chicago issued $30 million in bonds to fund some of the work laid out by the Chicago Plan Commission.

But over time, the municipal bond market has become more and more the realm of mostly conservative money managers looking for reliable low-risk investments that usually offer tax-free income for their clients. The ultimate purpose of the bonds today typically takes a backseat to the issuer’s risk rating and the potential interest rate. Police brutality bonds are just one perverse result of that evolution.

Fiscal justice brings a dimension of purpose back to investing in municipal bonds, building on the notion of fiscal health by recognizing a truth that seems deceptively simple.

“Municipalities that treat their citizens better have better fiscal outcomes,” says Wallace. “There’s no proof in history of the muni market that you can treat your residents poorly and perform over the long term.”

It was that realization that sparked the creation of Activest in the aftermath of the Black Lives Matter uprisings in Ferguson, Missouri, set off by the police killing of Michael Brown. Revenues from police ticketing were already the second largest source of income for the St. Louis suburb before the uprisings. That was a ticking time-bomb that bred hostility between the community and its police force, which ultimately erupted in the form of the uprisings. Bowers launched Activest hoping to rally bond investors around the idea of pressuring governments to change such practices before it’s too late.

More and more investors and investment management firms are applying some kind of non-financial lens to the returns on their investing. Since 1995, investments managed with some kind of environmental, social or governance impact in mind have grown 18-fold, representing $12 trillion currently, according to US SIF Foundation, a trade group for such investors. Most of that growth has occurred since 2012.

Robasciotti’s firm has been a small part of that story. Adasina Social Capital has a running list of publicly traded companies it doesn’t invest in because they exacerbate racial injustice through their business. That includes everything from companies building, financing, or providing goods or services to the prison system; insurers that work with bail bond companies; surveillance technology firms, for-profit colleges, and more.

But it’s no longer enough for Adasina’s clients simply to avoid investments that exacerbate racial injustice. They want to be proactive about investing in ways that directly support racial justice, especially in this moment when the COVID-19 pandemic has hit Black-owned businesses the hardest and a wave of uprisings continues in response to the police killings or shootings of George Floyd, Breonna Taylor, Ahmaud Arbery and Jacob Blake.

Partnering with Activest gave Adasina a whole new approach for those clients to invest in racial justice through the municipal bond market. It’s not quite for everyone, though. The municipal bond market is highly regulated and requires a lot of overhead. The minimum from each investor for Adasina to manage using the fiscal justice strategy is $1 million.

“The muni market is an obvious place to look for ways to invest for racial justice, but it’s very opaque and it’s not our specialty,” Robasciotti says. “It was surprising to us to find another Black-owned investment and financial activism firm.”

The municipal bond market today consists of more than $3.9 trillion in bonds issued by more than 50,000 states, cities, housing finance agencies, economic development corporations, transportation authorities and other public or quasi-public entities. They collectively issue an average of $435 billion a year in new municipal bonds.

Wading through all that to find opportunities for fiscal justice investing isn’t easy. It’s not as simple as picking cities that treat Black people better than others — that would leave out a lot of the communities that Adasina’s investors want to support.

With backgrounds in philanthropy, finance and government, Bowers and Wallace and the rest of the Activest team bring experience to the table as well as connections to groups like the Action Center on Race and the Economy to help parse through the municipal bond market for fiscal justice investing opportunities.

In most cases, they’ll be purchasing municipal bonds issued by cities that are fiscally sound but have predominantly Black or large Black populations. Adasina and Activest see an overall investor bias, charging these communities higher interest rates because of perceived risk that has only to do with racial demographics. Other researchers have found evidence that investors do show an inherent bias againsts homes, businesses, and even colleges and universities simply for being associated with Black people.

“There’s evidence of racial bias in the municipal bond market in general, so the potential of recognizing that and investing in Black communities is an opportunity,” says Robasciotti.

In a smaller number of cases, the fiscal justice investment strategy is looking for investments in communities with “significant fiscal justice opportunities.” These would be cities with significant Black populations that are on more precarious fiscal ground, but there are local organizers or national advocacy groups that are working together to weed out practices that are both fiscally unhealthy and disproportionately harmful to Black communities — such as tax abatements, borrowing to cover police misconduct settlements, over-reliance on fines and fees, and mass incarceration. They call these “fiscal justice deficiencies.”

With these cases, they’re looking out for cities in those situations whose existing municipal bonds can be purchased from other investors at a discount, perhaps because they’re already hurting financially and other investors are losing confidence that they’ll eventually be repaid. They’re also betting that local and national organizing and advocacy — in collaboration with investors calling out the fiscal implications of those changes — will convince the leaders of those cities to shift policies away from things that disproportionately harm Black communities and into things that would support those same communities, such as affordable housing or public education and public health.

If those shifts happen and a city’s fiscal situation improves, fiscal justice investors can sell the same bonds to other investors for a higher price than what they paid for them because the underlying cities will be in better fiscal shape.

If it works, and it’s a big if, fiscal justice investors can show other cities there is a way out of fiscal crises or near-crises that involves reducing funding for things that hurt residents like police or jails while maintaining or even increasing funding for things like education or public health.

“As the long arc of history bends toward justice, what that boils down to for investors is, what is unethical now usually eventually becomes illegal later, so you want to get ahead of that,” Robasciotti says.