The Evolving Role of Eds and Meds – Next City

The Evolving Role of Eds and Meds 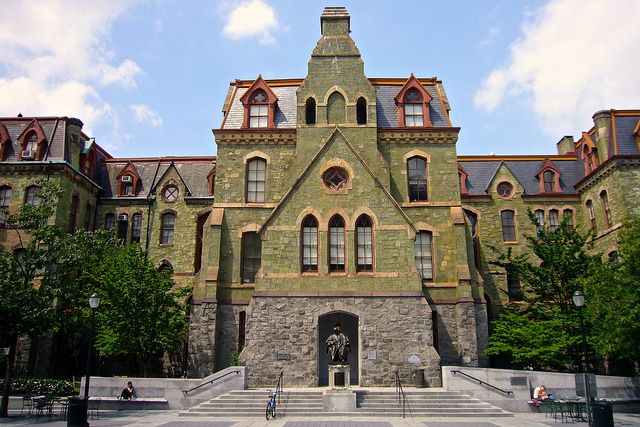 College Hall at the University of Pennsylvania. Credit: Greg Wass on Flickr

Anchor institutions can serve as powerful economic engines in cities. Whether they are hospitals or universities — commonly called “eds and meds” — they can use their purchasing and hiring power to boost the local economy, perhaps saving some money on outsourcing in the meantime. But a lot of eds and meds see their mission simply: Education and health care, and nothing else.

Omar Blaik, CEO and founder of U3 Ventures, a Philadelphia-based multidisciplinary firm, wants to change that. He was instrumental in the University of Pennsylvania’s community and economic development in West Philadelphia, and more recently has worked with anchor institutions in Detroit’s Midtown neighborhood. We called up Blaik, then in Chicago working with — you guessed it — anchor institutions to realize their full potential.

We talked about eds, meds, procurement and why it’s taking so long for these institutions to change their philosophies.

Next City: What role do you think anchor institutions play in the fabric of a city and its economy?

Omar Blaik: They play a major role, but it is really not well understood by cities and economic development folks. It’s better than 10 years ago — it’s much more common to find people who are better tuned to the issues. But still I believe that the full impact and potential of anchor institutions in turning around cities is not yet well understood.

NC: So is it a matter of reeducating eds and meds, then? What’s your elevator pitch?

Blaik: They have to actually adopt economic and community development as a core mission. Like I said, institutions see their core mission in research and education or research and health care. And if they see their mission in such a way, it is very difficult to actually have meaningful dialogue with the city. But an institution should see that it has an economic development role — not because it is obligated to do good in society, but because such a role makes it a better place for education, a better educator, a better healer and a better researcher.

Basically, I would say to cities that you need to drive the point home and translate a very lofty idea of economic development as a core mission into very concrete initiatives that permeate the decision-making environment within institutions.

NC: What kind of concrete initiatives would you recommend?

Blaik: In Detroit we pushed for buy local, hire local, live local programs. Ninety-five percent of $1.7 billion of institutional procurement annually was being bought outside the city. Imagine you are a university or hospital and you say, “You know, I just don’t have time for economic development.” Yet you have a budget of $1.7 billion. Most of it has no multiplier effect, no meaning, no traction to the local community. That is a really powerful disconnect.

NC: So eds and meds need to reverse that trend with an eye for local procurement and hiring?

Blaik: It’s all about purchasing and hiring power. Having people who, when they are hired, live in the neighborhood. Walk to campus or walk to the hospital, rather than allow for that to be a commuter environment. You want to hire from the local community around you.

In Detroit, the average family income of Midtown was $20,000. The average salary of the anchor institutions was $50,000. What does that mean? Everybody that works there lives elsewhere, and there’s no connection to the place they are in. The more you hire from the local community or buy from your city or encourage people to live around you, the more those two numbers will not be as far apart as they are now.

NC: What about direct purchasing and procurement power with eds and meds who have big contracts, whether it’s for their cafeterias or big infrastructure projects?

Blaik: That’s what we call “buy local.” That $1.7 billion in Detroit — like I said, 95 percent was being procured outside the city. Over the past five years we’ve connected the cafeterias and dining halls to local bakeries. [Today] they source their baked goods from two blocks away, rather than 200 miles away.

We were able to make the case that to buy local, you don’t have to compromise on quality and price. In fact, there are a host of services and goods [for which] the proximity should mean lower prices and better service. Just think of maintenance!

NC: It seems crazy to me that more anchor institutions don’t follow that lead. What’s the holdup?

Blaik: This work is not something where you go in and fix a problem overnight. It requires an embedded nature of changing the culture from the inside, changing the mechanisms, bringing the leadership on board to actually demand that economic development becomes part of the metrics. That requires quite a bit of change within institutions. Many institutions want to be there but do not know how to get there, because institutional bureaucracy is a very real impediment to change.