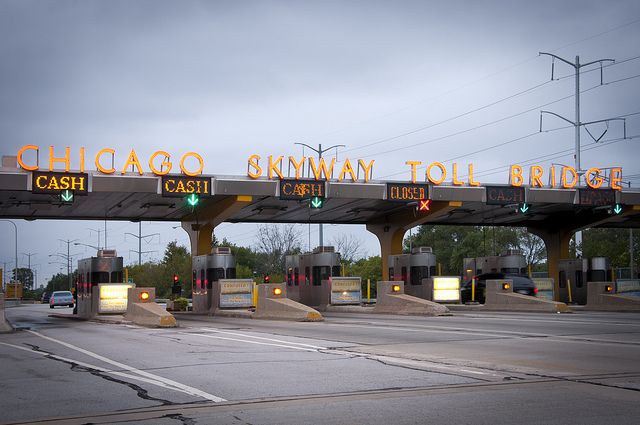 The lease of the Chicago Skyway is considered a successful example of public-private partnership. Credit: vxla on Flickr

In June, former President Bill Clinton assembled a gathering of U.S. mayors to discuss Chicago Mayor Rahm Emanuel’s Infrastructure Trust, a controversial new plan to boost public infrastructure projects through private investment. Yesterday, the discussion continued as Clinton convened a group of seven mayors in Tarrytown, N.Y. to examine how similar models of public-private partnerships may be implemented in cities across the U.S.

The board’s first priority is a $225 million project to provide energy retrofits to government buildings. The project is expected to generate a 20-percent energy savings, or $20 million a year, which will be used to repay investors.

Though other targets for improvement have been mentioned, information about what projects will follow the energy retrofits is limited, causing unease among city leaders and residents. Despite Emanuel’s calls for transparency with regard to the trust’s activities, some are concerned that the trust lacks the mechanisms necessary to enforce accountability on a day-to-day basis.

When it comes to the trust, transparency isn’t the only worry. Some fear that once control of public projects is given over to private interests, poorer Chicago neighborhoods may lose out on improvements since they offer less profit to investors.

If Chicago residents feel jaded toward privatization, it’s understandable. In 2008, former Mayor Richard M. Daley locked the city in a highly unpopular 75-year deal to lease the city’s parking meters. In exchange for a one-time payment of $1.15 billion, the city agreed to reimburse the meter company whenever a meter can’t be used, including during street repairs, utility work and festivals. The city has already accumulated $49.5 million in reimbursement fees, and with 71 years left on the lease, city officials are desperately looking for ways to limit such bills in the future.

Though public-private partnerships (PPPs) have caught on only recently in the U.S. as a way to fund infrastructure projects, they are widely used around the world to meet cities’ needs. PPPs got their start in the United Kingdom during the 1980s — there, called Private Finance Initiatives (PFIs) — and have since experienced enduring popularity. From 1999 to 2009, 700 PFI transactions were made in the UK, valued at a total $98 billion. Though the U.S. has gotten off to a slow start, with only 377 PPPs between 1985 and 2011, the use of PPPs in the U.S. has increased fivefold between 1998-2007 and 2008-10.

Transportation projects constitute a large portion of U.S. PPPs, reflecting a longtime struggle to bridge the funding gap for improving transit infrastructure nationwide. Virginia was a pioneer for PPP legislation in the U.S. when the state passed its Public-Private Transportation Act of 1995, a law that has since served as a model for 32 states.

In 2005, Chicago entered into a 99-year, $1.83 billion deal to lease its Skyway toll road, and in a similar deal a year later, Indiana received $3.8 billion to lease the Indiana Toll Road for 75 years. Though both deals have largely been considered successful, frustrated Indiana legislators have watched helplessly as toll fares have doubled for some users.

Elsewhere, roads have been leased with less success, sparking debate about the value of private control. The South Bay Expressway in San Diego, Calif. and the Greenville Southern Connector in S.C. both filed for bankruptcy after traffic and revenue failed to meet initial projections. The Camino Colombia Toll Road in Texas was foreclosed by a district court in 2003 — the first case of its kind in the U.S. — after effective revenues reached just 6 percent of projections.

Though U.S. PPPs are mostly employed to fund transportation projects, privately funded social infrastructure improvements may be on the rise. In 2010, the first non-transportation PPP in California was used to build, finance and maintain a new $492 million courthouse in Long Beach. On the opposite coast, public school officials in Yonkers, N.Y. have created a 15-year plan to rebuild or replace aging school buildings with private investment money. The project is expected to cost a hefty $1.7 billion, and investors’ returns would be repaid through future tax revenue.

Though private investment may not be a one-size-fits-all solution to deliver infrastructure projects, the idea could be a good place to start when it comes to finding alternative methods to bridge the funding gap.