In Wake of New Delhi Rape, an App to Protect Against Sexual Violence Undergoes Makeover for India – Next City

In Wake of New Delhi Rape, an App to Protect Against Sexual Violence Undergoes Makeover for India 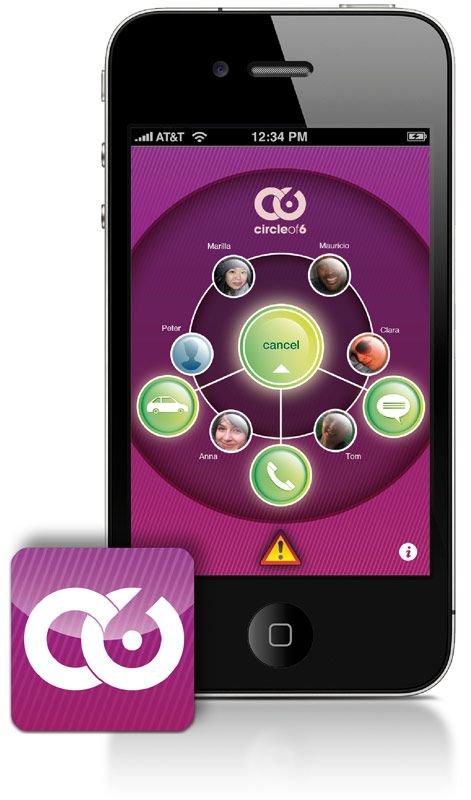 The developers behind Circle of 6 hope that a Hindi version of their app will help prevent rape and sexual assault. Image credit: Circle of 6

Nancy Schwartzman, co-creator of an app called Circle of 6, says that in the days following the gang rape of a young woman in New Delhi last December, “our inbox blew up.”

That’s because Circle of 6, “a free app that prevents violence before it happens,” offers something that the women of India were searching for: safety, and real tools they could use to fight the country’s epidemic of rape and sexual harassment.

In response, Schwartzman and local Indian partners have created a Hindi version of Circle of 6 that is customized for the New Delhi region.

Schwartzman, a filmmaker with a long history of involvement with sexual violence prevention among college students, created Circle of 6 in 2011 with her colleagues at Tech for Good, in response to a challenge from the White House called Apps Against Abuse. The competition solicited mobile technology solutions that would enable young people to get help when they are in danger of sexual assault or domestic violence, and Circle of 6 was one of two winners (the other was On Watch.

Here’s how it works: After downloading the app (which is available for iPhones and Android devices), a user enters six trusted contacts that she or he feels comfortable reaching out to in case of potential trouble. The app features four buttons, which are GPS-enabled, that allow users to alert those contacts if there’s a need for help.

The first is “Getting Home Safely,” designed to let friends know where the person is and if a ride home is necessary. The second is what Schwartzman calls the “bad date button” — a request for an “interruption” in the form of a call or text when the user is feeling uncomfortable about the person she or he is with. The third is a chat icon that sends people in the circle the signal, “I need some advice,” and also links the user to material about healthy relationships.

And the fourth? That’s the emergency button, which in the original version connects to national U.S. hotlines as well as an emergency number of the user’s choice (because not everyone in every city necessarily feels safe calling the cops).

Circle of 6 Anti-Violence App on iOS and Android! from Nancy Schwartzman on Vimeo.

Users in 26 countries have downloaded the app about 57,000 times since its launch in March 2012, Schwartzman says.

The Indian iteration, released April 1 of this year, required some changes. Local advocates worked with Schwartzman’s team to ensure language that is gender-neutral, blind to sexual orientation and culturally appropriate. For instance, Schwartzman says, “the concept of ‘dates’ doesn’t make sense to an Indian user.” So that term wasn’t used.

More fundamentally, India — with its 28 states and 152 languages — lacks the nationwide hotlines for issues of domestic violence or sexual assault that you find in the U.S. The Indian version of the app connects instead to a 24-hour women’s hotline in New Delhi, which was created only after the December gang rape. It also links to the hotline of advocacy group Jagori, a local leader on a wide range of issues affecting women including sexual violence, education and health.

The emergency button is even more problematic in India than it is in the U.S., Schwartzman says. For many women in the country, calling the police does not feel like a safe option. Instead, the app suggests users might want to contact the Lawyers Collective, a human rights organization that has been active in the fight against domestic and sexual violence.

The situation in India, Schwartzman acknowledges, is very difficult, and finding trusted allies can be a real challenge for women. Take one example that recently flashed across the Indian news: A woman was kidnapped as she left work, and only narrowly avoided being sexually assaulted. Days later, she was fired from her job after filing a report with the police. “It was the decision of the management,” according to the general manager of the auto showroom where she worked, who had no qualms about being quoted by name in the local paper. Meanwhile, Delhi-area businesses are openly ignoring government directives to provide safe transport at night for female employees.

India is hardly alone in its need, and Schwartzman and her partners are looking ahead. The next country likely to get its own Circle of 6 app will be Mexico, where the government has been enthusiastic about the idea. “We’re already translating material,” says Schwartzman, who hopes that a Mexican launch might lead to further expansion in Mesoamerica and beyond. She says she has also gotten interest from South Africa and Cairo.

Funding will be key to bringing the app to more places, Schwartzman says. Circle of 6 is a non-profit, grant-funded organization. “We are working on building it so it will be sustainable,” she says. “We will never charge our users a fee.”

One of the exciting things about getting Circle of 6 out into the world, she says, has been to see how it is being used and by whom. The organization is scrupulous about not collecting potentially invasive data, but they’ve gotten a lot of anecdotal feedback from users. “We’ve heard from a lot of students,” says Schwartzman. “Parents have been using it for teens, which I didn’t expect. And sex workers have been championing it. I’m really happy about that.”

As the app continues to develop, one element remains key to Schwartzman’s vision: The calm and secure feeling that users get when interacting with Circle of 6. “It’s not, ‘Emergency! Urgent!’” she says. “It’s a gentle-feeling safety tool. It’s something you’re choosing.”