How Your Retirement Account Helped a Community Realize Its Vision 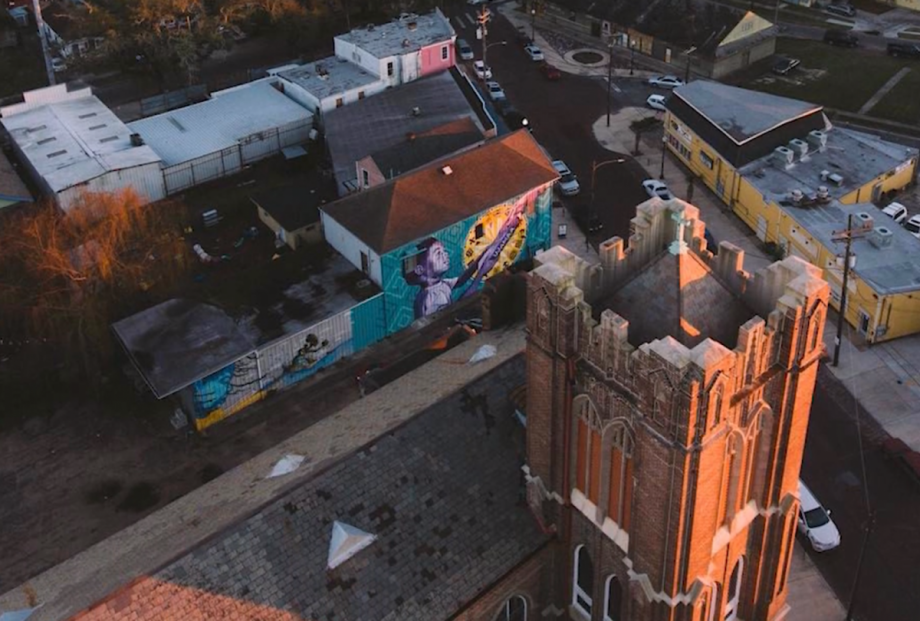 While some cities are seeing their churches torn down, New Orleans has found a recipe to save at least one church and turn it into a hub for the arts and entrepreneurship that will host its first performance tonight.

It’s a recipe that quite possibly includes some of your retirement savings. This project received flexible, low-interest loans made possible by some of the first bonds ever sold directly from a CDFI (community development financial institution) to corporate bond markets — the same corporate bond markets where big Wall Street money managers purchase bonds on behalf of retirement account holders, usually from big corporations. In this case, it was Philadelphia-based Reinvestment Fund, which sold $50 million in bonds to the market last year, loaning a slice of that to this project.

Just today, Reinvestment Fund announced the sale of another $75 million in bonds to the market, meaning they now have even more flexible, low-interest capital for projects like this.

It starts with a vision deeply rooted in the community.

Harold “Hal” Brown grew up in the neighborhood of the former St. Rose de Lima Catholic Church and grade-school, though he himself did not attend school or mass there. While the older congregation was integrated, when its school was originally built in 1911, it was designated for whites only. Brown attended church and school less than a mile away, at Corpus Christi Catholic Church. He left New Orleans to get a master’s in urban planning from UCLA. After a career in finance, first in California and later in D.C., Brown returned to New Orleans to care for his ailing parents. That was 18 months before Hurricane Katrina.

Not too long after the storm, Brown picked up on some of the volunteer work he had been doing since returning to his hometown, which included sizing up unused church properties for revitalization. St. Rose de Lima, which never re-opened after the storm, was situated in the 7th Ward, now a predominantly black neighborhood known for its arts and culture. So it was an obvious choice to convert into a hub that could leverage the neighborhood’s arts and culture into sustainable careers.

Unfortunately, Brown died of cancer in 2013, in the middle of orchestrating his vision for the complex beyond the property itself. His wife, retired New York Times reporter Shawn Kennedy, stepped up to chair Rose Community Development Corporation, the nonprofit he left behind to steward the project.

“The way I feel about my contribution is that, I kind of help pull things together. All of the people on the board had other responsibilities,” says Kennedy.

In recounting the recipe for revitalizing St. Rose de Lima Church, Kennedy can’t say enough about her fellow board members, many of whom her husband had worked alongside in the creation of The ReFresh Project. A fresh-food hub meant to help spark a community-rooted revitalization of the neighborhood, the project includes a Whole Foods and the Goldring Center for Culinary Medicine, as well as community organizations such as Liberty’s Kitchen, Boystown Center for Children and Families, and the Crescent City Community Land Trust.

Brown was a founding board member of Broad Community Connections, the organization behind The ReFresh Project, dedicated to bringing back or strengthening the existing locally-owned businesses along the Broad Street Corridor in the 7th Ward. As Kennedy says, the experience, energy and momentum behind The ReFresh Project quickly pivoted after its completion into revitalizing the former St. Rose de Lima Church.

When she thinks back on working with the all-volunteer board, it reminds Kennedy of her time as a housing and real estate reporter in 1980s and 1990s NYC, seeing community-based organizations turn themselves into not-for-profit affordable housing developers.

“I had never considered the possibility, until I started writing about it, that a group of people who wanted to protect and improve their community could actually become the seeds of development,” says Kennedy. “One of the things that makes these things possible isn’t just the money. It’s people having the same vision, and they hold to it. There might be bumps in the road along the way, but if people have the same idea, the same goal, the same vision about community redevelopment, it’s amazing what a group of neighbors can do.”

Five years since her husband’s passing, with only a volunteer board behind it, Rose Community Development Corporation celebrates the opening this week of the Rose Collaborative Campus, including the three former church buildings that will now house an arts-focused co-working space, an integrated school, and the new home of the 30-year old Southern Rep Theatre company.

The $11.8-million project, involving the acquisition, rehab and conversion of the three former St. Rose de Lima buildings into new uses, required no fewer than nine sources of capital. There was a New Markets Tax Credit allocation from the National Trust Community Investment Corporation; Historic Tax Credits, both state and federal; low-interest loans from the New Orleans Redevelopment Authority and the State of Louisiana’s Office of Community Development; an economic development grant from the City of New Orleans; and grants for brownfield remediation from the State of Louisiana Department of Environmental Quality and the Regional Planning Commission.

And, yes, some of the financing for the new Rose Collaborative Campus came from someone’s retirement account — maybe yours — through the two loans it received from Reinvestment Fund.

It’s not capital that’s really available or as friendly to community development anywhere else, according to Jonathan Leit, director of the New Orleans office for Alembic Community Development. Rose Community Development Corporation selected Alembic as a partner in the project, based largely on the fact that Alembic, while being a for-profit firm, specializes in supporting community-based organizations in doing projects like this. With the Rose Collaborative Campus, as in most of Alembic’s other projects, the community-based partner remains the majority owner of the property.

CDFIs such as Reinvestment Fund aspire to finance more projects like this one, but the reality is they can’t always work it out. CDFIs themselves borrow money from larger institutions, and sometimes the math just doesn’t work out to charge what they need to charge in interest to make a project like this work. Sometimes there are more projects in one specific geography than CDFIs can finance in that location because their funders, including foundations or banks, often put geographic constraints on the funding they provide. Sometimes more funding is available for affordable housing but not for non-housing projects such as the Rose Collaborative Campus.

So far, according to Reinvestment Fund CEO Don Hinkle-Brown, going to the bond market has allowed the CDFI to access funding that comes with fewer constraints. When CDFIs sell bonds to the bond market, the buyers don’t put any geographic or thematic constraints on the financing they provide. Plus, according to Hinkle-Brown, Reinvestment Fund is paying an interest rate to bond market investors that is “substantially below the rate banks ask us to pay for similar financing.” Those are savings they can pass on to projects.

“I’d say the [terms] Reinvestment Fund was able to offer were certainly better than [what the market would offer],” says Leit.

Still, Hinkle-Brown stresses, going to the bond market can’t replace any of the ten or more other sources of capital needed for a project such as Rose Community Collaborative — but doing so can make things come together more easily.

“We still need cities to seed projects and coordinate transfers of land and vacant property, but [selling bonds to the market] helps us as a CDFI be a good partner with the public sector in terms the pipeline of deals they’re getting ready,” Hinkle-Brown explains.

Not every CDFI will ever be able to access the bond markets. For now at least, it’s really only the larger CDFIs, like Reinvestment Fund, that will be able to do so. The price tag can appear hefty — combining all the fees, including legal, accounting and the fees paid to the investment bank who conducts the actual sales in these kinds of transactions, Reinvestment Fund paid $735,000 up front for their second bond offering. But that’s also less than one percent of the $75 million they got from that offering.

With other CDFIs also making plans to enter (or in the case of one other CDFI, re-enter) the bond market, that’s more capital on the way for projects such as Rose Collaborative Campus — capital that comes from retirement accounts all over the U.S. Major retirement account managers have now lined up repeatedly to buy bonds from CDFIs — TIAA-CREF alone has purchased bonds twice from Reinvestment Fund already.

“What’s tremendous about this is, you’re connecting to retail investors in bulk,” says Hinkle-Brown. “Many people will find that unexciting, but it’s the only way to do this at scale.”