How to Be Black in Detroit – Next City

How to Be Black in Detroit 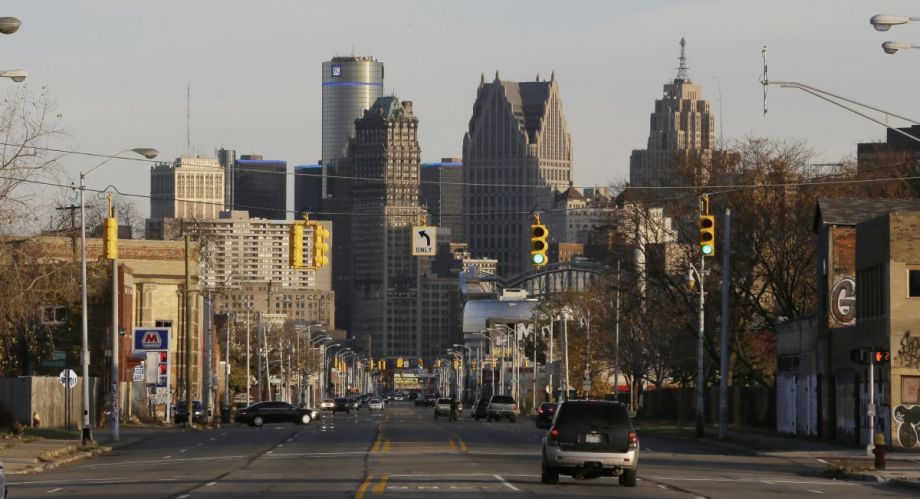 This is an exclusive excerpt from the new book How to Live in Detroit Without Being a Jackass, by Aaron Foley, a Detroit native and Belt Magazine contributor. Buy the book here, and find out more about Belt Publishing’s titles here.

We were late for a school function, so my mother drove a little faster than usual. We were driving to Cornerstone Middle School, which had just opened a new campus on the eastside of Detroit. We were stopped by a police officer.

I don’t remember what he said exactly. But I remember what my mother wanted to say, when she was talking with a girlfriend about the incident later. “I wanted to say ‘Malice Green,’” she said. The police officer, who was white, berated her for going a few miles over the limit. It wasn’t worth his contempt, his condescension. She was let off with a warning, but not let off from the sting of his words.

What could have happened was this: my mother, like Green, a black Detroiter killed by police during a traffic stop in 1992, could have been pulled from the car and beaten to death. Obviously it didn’t. But even then, back in 1998 — five years after Green’s death — it was a very real possibility. Green haunts us, still. Even in this city, where blacks are the majority, your blackness can come under attack.

You’re under attack everywhere, it seems. For many of us, discovering and defending your blackness starts in college. We are thrust from our comfortable middle-class brick homes into what we collectively call PWIs — predominately white institutions — in places like East Lansing, Ann Arbor, Mount Pleasant, and Kalamazoo, sharing sardine-can-sized rooms with strangers with preconceived notions.

I started college at Michigan State in 2002, the same year 8 Mile hit theaters. And I remember having a group discussion in our American Thought and Language class about the film. Our professor, unfamiliar with Detroit, asked if any of us had seen it and whether Detroit was really like the movie. I hadn’t yet, but I had remembered sitting in my friend’s dorm room, getting super excited seeing Eminem’s “Lose Yourself ” video for the first time, the elation when we saw the Detroit city skyline in the opening shot. But a white student from the Grosse Pointe had seen it, and gave his opinion.

“It’s sort of just like that,” I remember him saying. “When you’re driving up Jefferson, and cross over the border, you see the change right away.”

Detroit and blackness are interwoven; they can’t easily be undone. And you are told constantly that you are monolithic, that you are worthless, your existence is incomparable, you had it worse off, you didn’t make it out, you did make it out but you’re nothing more than an affirmative-action case, you are too defensive, you are loud, dirty, and unkempt, and that you are a malady.

The other Detroit students and I, we corrected our classmate and informed him of where we were from, and told him about those middle-class, brick-house streets far from Eminem’s battlegrounds. And that, yes, Eminem did come from a rough part of town but not all of Detroit was “just like that.” It’s then you realize that white suburban residents have a singular view of what big, black Detroit is, and you will spend the rest of your life defending it.

That was 2002, and I’ve spent a lot of years since then explaining and explaining to people across the actual Eight Mile that not all of us own guns. I’ve returned to Detroit stronger, carrying those lessons and always on the defensive, even when I shouldn’t be.

But the one thing we didn’t count on in college was people like that young Grosse Pointer coming with us to Detroit. If they were made to pay the sins of their parents and grandparents for leaving Detroit for dead, their price was not very high. They simply grew up in a safe if relatively boring suburban environment, and can now afford — thanks to cheaper rent and wide-open spaces — the thrills of the Detroit we’ve always known.

So, OK. Everybody wants a better Detroit, black, white, whoever. So we fix up our Land Bank homes, and we bury ourselves in laptops at coffeehouse community tables. And we live in harmony, but it’s never quite right. And your blackness comes under attack again. At home. I sometimes compare being black to pain management of a chronic condition. It is a dull pain, something that can’t ever go away but you learn to live with. And then sometimes, beyond your control, the pain flares up and becomes unbearable. There are the dull pains of being black in Detroit, the constant microaggressions. It’s when you see a piece in a national publication about Detroit’s revival without a single person that looks like you, or when you overhear a New Detroiter commenting about something they just discovered, when it’s been there all your life. 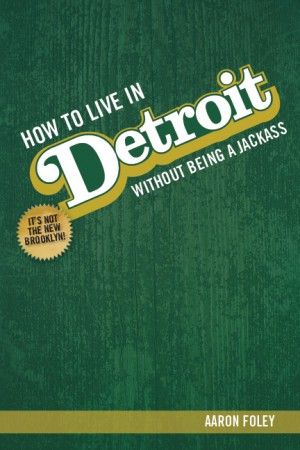 When it flares up, it flares up. The police killings in Ferguson and New York City are far from Detroit, but we have had our own share of similar problems. People point directly to Aiyana Stanley-Jones, the seven-year-old girl killed by a Detroit police officer’s bullet during a late-night raid. I speak her name, but I always remember Malice Green. A black life in Detroit can fall victim to police brutality, even if the force is more closely reflective of its population than other municipalities.

The killings of Michael Brown and Eric Garner touched me deeply, as they did a lot of us. On the night that a grand jury announced it would not indict Ferguson police officer Darren Wilson for the death of Brown, the pain flared up again. For a lot of us. And the knee-jerk reaction from a Detroit Free Press reporter on Twitter was not to empathize with our pain, but to say it didn’t exist.

“The lack of a sizable protest tonight in Detroit is another example of the decline of black power here. Even Seattle is having big protests.” And that was it. The lack of an indictment in Ferguson was slow. But the unrelated indictment of Detroit’s black population from a reporter, if admittedly off the clock, was swift.

And you find yourself defending your blackness again. This time, the lack thereof.

And so, a protest was planned. Emails were sent. Announcements were posted on Tumblr, and Facebook, and everywhere else. You texted friends to let them know, put the word out on Twitter, and your blackness was going to be on full display at Noel Night 2014.

I felt the urge to go to Noel Night, a celebration of the holiday season in the city’s Midtown area, with my #blacklivesmatter poster, to show that my life did matter, and to defend my blackness yet again. And you would think the critics would be silenced, that even though all the 83% of black Detroit would not be there — maybe because much of the city is without Internet, maybe because there was fear of retribution from the police — there would be enough of us to represent. But then, the new Detroit — the ones that came with us from their suburban enclaves after their parents warned them not to — got upset when you dared to show your blackness.

The pendulum shifts. You defend your blackness again because you have to remind the new Detroiters that everything is not peaceful and harmonious for folks like us outside Detroit, and that shit can get real here, too. You are reminded of all the times, again, when you didn’t see any black faces in that one article, or why they are trying to rename that one neighborhood where white people are moving in, or why people never want to set foot anywhere near the neighborhoods you grew up in because they say to “stay away from the neighborhoods.” The reminder comes again, that blackness and Detroit are interwoven, but now becoming undone because people just want “one Detroit.” A “one Detroit” where black people say nothing.

Your blackness is attacked for being on display, and your blackness comes into question when it isn’t. I don’t remember it ever being this tough to live in Detroit, to be black in Detroit.

So what do you do? White people in Detroit think everything can be solved with conversation. So you bring your blackness to the table, and you still have to play by new rules: be black, but not too black to scare them away, but black enough that they can see you’re being black. It makes your head spin and hurt, and you just want to scream and shake their shoulders, but then you’ll be called angry and violent.

You don’t remember how you got here. The last time you walked into one of the new, trendy bars with your black friends, you drank. Now, the “New Detroit” or the “one Detroit” asks if you had ever drank there in the first place. So now you go to these bars and count the people that look like you, because now your blackness is coming into question among white people who think it doesn’t exist because they didn’t see it there on opening night. And you can’t enjoy your drink.

Nothing’s ever good enough. And you wonder if it ever will be.