How This Southern City Is Making Tech Work for People 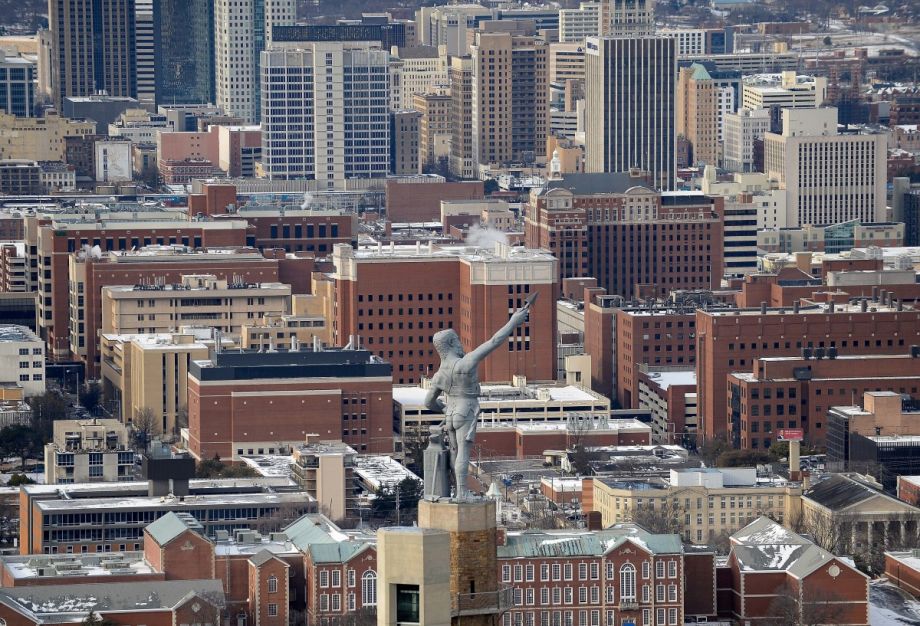 A lifelong resident of Birmingham, Alabama, Anthony Hood, Ph.D., worked for ten years in coding, systems design and network engineering for AT&T before moving to academia. He saw how innovation, collaboration and technology could be harnessed to address business challenges and create value for shareholders. He was inspired to pursue his doctoral degree as a means to leverage his engineering background to create value for the residents in his hometown and his neighborhood.

Hood and his wife, Robin, presently live in the Bush Hills neighborhood, not far from where he grew up. They still enjoy walking through the neighborhood and admiring its many beautiful homes — however, that enjoyment is often marred by encounters with dilapidated and apparently abandoned properties.

Taking things into their own hands, the couple walked through the entire neighborhood, documenting each apparently vacant property manually, with Hood using his training in engineering and coding to build a database of vacant properties. They soon realized that maintaining an updated database would require more effort than the two of them could manage. Their initial solution was to turn to crowdsourcing, relying on their neighbors to act as extra pairs of eyes.

In 2015, Hood and his wife were awarded $15,000 through the annual Community Health Innovation Awards competition held by the University of Alabama at Birmingham (UAB) Center for Clinical and Translational Sciences, administered by the center’s One Great Community Council. They used the funds to develop a data-driven program called “NHabit Bush Hills,” which has since been expanded to address the entire city and renamed “NHabitBham.” In addition to functioning as a database for vacant properties, it also documents the overall well being of the city’s 99 neighborhoods, as well as its commercial districts.

And in the meantime, Hood took on a brand new position on top of his professorship at the university: director of civic innovation.

“Putting dedicated resources behind making me director of civic innovation gives me dedicated time to focus on how can we make Birmingham a better place to be,” says Hood. “We realize that in order for UAB to be a top-notch university, Birmingham has to be top-notch too.”

In his new position, Hood finds himself amid a city that’s trying to update its image.

“I think for a lot of people their image of Alabama is the black and white grainy images from the 60s with the dogs and fire hoses and Bull Connor and George Wallace standing at the schoolhouse door saying ‘Segregation today, tomorrow and forever,’” Hood says. “I think the story has kind of stopped there for a lot of people. That’s a story that we want to update in a lot of people’s perceptions.”

An ultimate goal for Birmingham and its smart city initiatives is to position itself as an attractive place to live and work, much like up-and-coming Southern cities like Nashville and Charlotte, according to Hood.

“I think oftentimes when people are pushing toward smart cities; the focus is on the technology,” says Hood. “I think our focus is on the people. So everything we do, we’re focused on the people first and then the technology second. How can technology make people’s lives better, give them better access to healthcare, access to technology, access to City Hall, have a much more engaged and informed citizenry? It’s all about people first; how can technology allow us to serve people better? You can’t have a smart city without smart people.”

With a people-first approach to technology in mind, Hood was part of a delegation convened by Birmingham Mayor Randall Woodfin, Birmingham Superintendent of Schools Dr. Lisa N. Herring and President of Lawson State Community College Dr. Perry W. Ward, who visited Chicago in 2018 after learning about Everyone Can Code, a collaboration between Apple and Chicago Public Schools, the City Colleges of Chicago, the Mayor’s Office of Chicago and various businesses and nonprofit organizations. They wanted to learn more about the program with the hopes of replicating the initiative in Birmingham.

“What they told us in Chicago was that Apple and Chicago had been working together for three years before they launched the program because Chicago is just so huge — the difficulty of getting all the decision makers at the table at one time to make stuff happen,” Hood says.

It didn’t take three years for Birmingham to get Birmingham Can Code off the ground. Instead, the program, a collaboration between Birmingham City Schools, Lawson State Community College and the Birmingham Mayor’s Office was up and running within weeks. Funding was secured through public-private partnerships, according to Hood.

“For us, we have the idea, the spirit of collaboration and we have the infrastructure for public-private partnerships already in place that allow us to be very nimble. That’s a benefit of being a smaller mid-size city. And that’s why I think we are going to bypass a lot of cities that have been doing smart cities for a while. We’re nimble enough so that we can get stuff done,” Hood says.

There’s also the work University of Alabama at Birmingham and the city have been doing around local tech startup Shipt, launched in 2014 as a grocery subscription and same-day delivery service. The recent acquisition of Shipt by Target in 2017 for $550 million represented a major coup, however, Hood says Birmingham also recognized the potential hazards of the deal.

“What we quickly realized was all those jobs are now at risk of being relocated to Target’s headquarters in Minnesota or to their operations out on the West Coast,” says Hood. “So our mayor’s office, as well as our chamber of commerce, had to quickly come together and develop a benefit package to get Target and Shipt to keep those jobs in Birmingham. We’re talking about 800 jobs [potentially] … We had to come up with an incentive package that was totally different from the way that we do economic development right now.”

It’s helped to have the mayor on board. Mayor Woodfin, elected as one of the youngest mayors in the Southeast, campaigned on a platform of putting people first. So far, according to Hood, that has resulted in a tight-knit collaboration on issues such as K-12 education and attracting the attention of major corporate players as well as tech-based startups, according to Hood.

Innovate Birmingham, a program of free tech-related education for underemployed and unemployed young adults, hosted at University of Alabama at Birmingham, represents another people-focused tech program. Initially funded by a $6 million Obama’s Promise Grant through the Department of Labor, Innovate Birmingham has since received financial support through private-public funding involving 25 partners, according to Hood.

There’s also Telehealth at UAB, which harnesses technology to expand access to care by deploying telehealth equipment such as high-definition cameras and Bluetooth-enabled stethoscopes to remote telehealth sites across the state. The program also utilizes wearable technology such as the Apple Watch to improve the mobility of persons with disabilities. Telehealth at UAB is largely funded by federal grants, such as those from the National Institutes of Health and the U.S. Departments of Agriculture and Education, Hood says.

Birmingham’s smart cities work recently earned it recognition as one of five winners in the 2018 Readiness Challenge, along with Cary, North Carolina; Las Vegas, Nevada; Louisville/Jefferson County, Kentucky; and the Commonwealth of Virginia.

Birmingham was recognized for the creation of a Readiness Roadmap that provides a collaborative framework for its various smart city oriented projects. The elements within the Roadmap include an open data portal, smart street lighting, community Wi-Fi, bus rapid transit, and a violence reduction initiative that uses data to spot problems early.

“We have a saying here that it’s really hard to get people to come to Birmingham but if you can get them here, you can’t get them to leave. The Southern hospitality is real. You can actually buy a 2,000 square foot house for $100,000,” he says. “We want people to come because of Birmingham.”

EDITOR’S NOTE: This article previously attributed the 2018 delegation to Chicago to the wrong convener and sponsor. We’ve corrected the error.