How Native Youth Redesigned Their Minneapolis Community Center – Next City 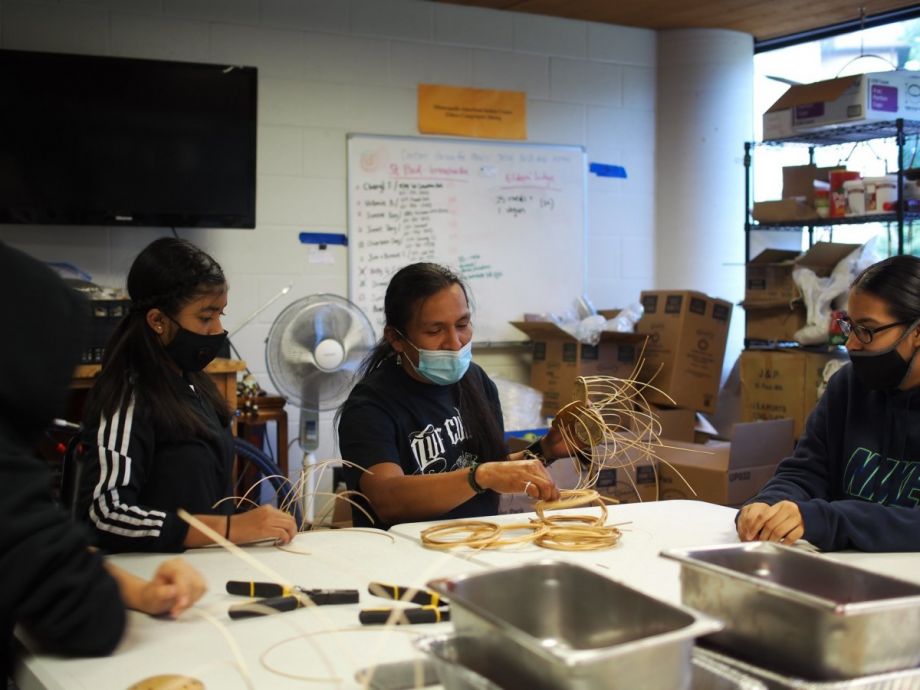 “One morning, you wake up and drive to the building and see it’s in flames, with a bunch of SWATteam members standing in front with billy clubs,” recalls Sam Olbekson, the architect who designed MIGIZI’s previous headquarters (and who joined MIGIZI as a participant in the third grade). “You realize an important space in the community was just lost.” He approached MIGIZI’s executive director, Kelly Drummer: “The first thing we talked about was, alright, let’s start thinking about how we’re going to rebuild.”

Drummer watched over the building the first three days of the uprising, including the night and morning it burnt down. “For the Native community, it was tragic,” she says of the loss. But she also witnessed the outpouring of support in the aftermath.

The organization has raised $2 million, according to Drummer. That’s enough to purchase and begin designing, with the help of its youth participants, a new home — which is expected to open next year. Last fall, MIGIZI finalized its purchase of a space in south Minneapolis, on the main drag of Lake Street, and by February, the organization kicked off a design and visioning process led by Olbekson that included youth participants, its board and staff.

Cristal, a senior in high school, is learning about social media marketing and business at MIGIZI. (She asked not to share her last name.) She also participated in some of the visioning. “We just started slowly processing, and then we started getting stuff done,” she says of the process. In the new space she envisions different study areas where youth can either listen to music or work quietly.

MIGIZI youth were a big part of the design process of the last headquarters, which only opened in June 2019. “We had been around for 44 years and had never really had our own space … [our previous headquarters] was really the first building designed for our programming,” Drummer says.

This time, different considerations are at play. “That feeling of fear is still there,” Drummer says, adding that there’s unease around the trial of Floyd’s death.

“We focused less on the fact that this was a rebuild and the situation that got us here,” says Olbekson. “This is a resilient community, a resilient organization … we didn’t talk about the last space as a burnt-out shell, we wanted to know what worked [in that space] and what didn’t work.”

Youth requests like a pet snake and basketball court were reframed into larger questions of how to design a safe community gathering space. Other suggestions, which were shared in digital meetings and a socially-distanced building tour (which was also livestreamed), included a sound booth, artwork by Native artists, a rooftop common area and re-using beams from the previous headquarters as a seating element.

The board approved a proposal that would significantly expand the building’s second floor, accommodating a kitchen, different-sized meeting and gathering spaces, offices, a media room and maker space. “We still have more work to continue to build the design and incorporate all the suggestions as we finalize the budget,” Drummer says, “But we do know we are going big.” She estimated the organization will need to raise a total of $3.5 million to complete the renovation.

The new building has a front yard and a parking lot, unlike the old headquarters, and MIGIZI hopes to install solar panels to complement its Green Jobs Pathway program. The organization is also considering planting a medicine or vegetable garden. The flexible exterior space “opens up and complements our programs in the way the other building couldn’t,” Drummer says.

The plan is to open the building in anticipation of the 2022 school year, with the hope of in-person gatherings, programs and community events. The pandemic, Olbekson says, emphasized “the importance of having a space and a safe place for community to happen, especially for the youth.”

For Cristal, reopening MIGIZI and maintaining its community impact is important. “Being Native, people barely know us — we’re barely out there,” she says. “It’d be good … if we start telling more people and promoting MIGIZI, because they’re really helpful, they really are.”

Tags: arts and culture, minneapolis, for whom by whom, youth, native americans