How Curators Are Taking Over Vacant Spaces and Changing Cities 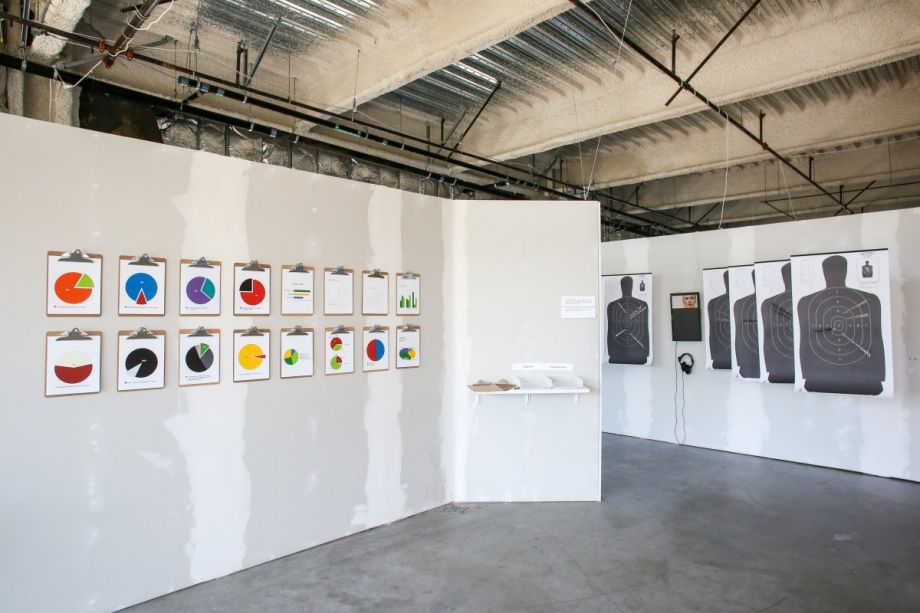 There existed a building for approximately two months in 2017 where people could enter into an alternate reality in which they weren’t living in late capitalism — not that they were suddenly living under communism or another economic and political system, but simply that they were able to step into a retrospective for capitalism, looking back on how its oppressive forces have shaped those who have lived under it. Tim Furstnau, the museum’s co-curator, cites one of Marxist political theorist Fredric Jameson’s most famous quotes: “It has become easier to imagine the end of the world than the end of capitalism.”

“Capitalism is treated as a kind of natural law, and it’s really hard to imagine any kind of alternative,” Furstnau says. “We wanted to create a space where you could imagine … otherwise. It’s not just about the educational experience, but also the affective, emotional experiences.” It’s a fitting concept to install in Oakland, a city that’s been referred to as the “new-old Brooklyn,” where the median price of a home and rents are soaring at rates higher than those in San Francisco, and working- and middle-class people — including artists — have been displaced because the city is no longer affordable.

In the years since the pop-up phenomenon has gone from an innovative concept to a trend, curator-driven installation have brought new attention and foot traffic to vacant or underused parts of cities where the messaging is especially resonant. Whether or not they can — or should — have a long-term impact on the spaces they inhabit, though, is debatable.

Approximately 10,000 people passed through the doors of the Museum of Capitalism during its two-month run, where a diverse network of artists, scholars and citizens explored capitalism’s intersections with race, class and gender through multimedia exhibits. There were also a number of educational events and trainings hosted by school groups and organizations.

In one part of the pop-up was a display of police batons next to a mindfulness meditation chamber, which forces the viewer to question the inherent nature of the police: can a force be peaceful or is it their duty to reinforce social inequality? The artist, San Francisco’s Packard Jennings, created the booth after he was beaten by riot police in 2012 as part of an Occupy Oakland march. A hanging sign next to the Mindfulness Meditation Booth, reads, “The police were a group of people whose full-time professional job was to enforce the law, protect property, and limit civil disorder that resulted from capitalist relations and inequalities.” The placard also describes policing as “a way to deal with the threat that crowds posed to capitalist interests, usually in the form of worker strikes and slave insurrections.”

From exhibits that focused on police violence to the need to abolish private property, the Museum of Capitalism was inspired by what co-curator Andrea Steves refers to as “museums of conscience.”

“The idea was spawned by these museums of conscience that exist around the world,” Steves says. “For example, there’s the museum of apartheid in South Africa that opened after apartheid quote-unquote ended. So we thought, let’s not choose some arbitrary time when capitalism ‘ends.’ Let’s get people to think about capitalism now, as if it had already ended. And how would that be?”

Steves and Furstnau operate under the artistic collective “Fictilis,” which is Latin for “capable of being molded, or changed.” The Museum of Capitalism was just one of their projects. While it has since closed, they have plans to move the museum around the country, though no final decisions have been made.

The conception of the museum dates back to 2010 — not long after the Great Recession, a time when many people first recognized capitalism’s weaknesses. In early 2016, they received the Emily Hall Tremaine Exhibition Award, which awarded them a $215,000 grant. From mid-June to mid-August 2017, the museum was open in Oakland’s Jack London District, a south-of-downtown waterfront neighborhood that never become the tourist destination that it was pushed to become.

“It has a bit of a ghost town feel,” Furstnau says, explaining why it was fitting for a museum focused on capitalism. “We wanted an unmarked spot that wasn’t an art space so the museum could feel like a public institution. I think the location almost worked better than anticipated because the neighborhood presented itself at a certain period of real estate overspeculation.”

While art and museum pop-ups started as a relatively niche practice, they’re becoming increasingly popular around the world, from the Temporary Museum in Amsterdam to ZUMU in Israel. Savlan Hauser, the executive director of the Jack London Improvement District, attributes their popularity to the intimidating and inaccessible nature of traditional museum spaces.

“It may seem like a silly answer, but I think it’s because there are so many interesting spaces outside of traditional museum spaces. And museums can be expensive and intimidating to some,” Hauser says. “Art can be more accessible if it is brought into new contexts like neighborhoods and out of museums. Passers-by who don’t consider themselves museum goers might be more likely to engage with art. Also, museums have their own branding and identities, and artists might see opportunity in a blank slate.”

Around the country, creatives and activists are playing around with pop-ups in similar ways. In 2016, Miami’s Little Haiti neighborhood saw the installation of LOT, a research-based project intended to highlight a vacant lot in a residential neighborhood to investigate current trends in development, land use, speculation, space and power. Philadelphia Assembled, an expansive project that showcased over 60 installations along the city’s streets, local businesses and green spaces, told stories of activism and radical community building through personal and collective narratives when it was open in late 2017. There’s also Brooklyn-based MICRO museum, which installs 6-foot-tall miniature museums about everything from mollusks to perpetual motion in nontraditional places that get a lot of foot traffic — for example, the Ronald McDonald House on Manhattan’s Upper East Side.

In a 2017 study titled “Culture Track ‘17,” research study and cultural innovation engine Culture Track summarized the current trends in the museum and art world as following: “For today’s audiences, the definition of culture has democratized, nearly to the point of extinction. It’s no longer about high versus low or culture versus entertainment; it’s about relevance or irrelevance. Activities that have traditionally been considered culture and those that haven’t are now on a level playing field.”

However, the pop-up phenomenon — including those related to social justice issues and government services, or lack thereof, along with art — isn’t without its critics. Geographers Ella Harris and Mel Nowicki take a cynical but not inappropriate approach to assessing the influence and messaging of pop-ups, as well as what they potentially imply or foreshadow, which they detail in the Guardian.

“These projects could be life changing for the vulnerable people they support. Yet in celebrating pop-ups as the solution to urban problems, are we simply distracting from the lack of structural public provision in these areas – and worse still, normalising, even glorifying, its absence through passionate avowals of temporariness?” they write. “While such designs speak to real-world concerns of future catastrophe, they also further a somewhat dystopic vision of the future in which short-term services and response systems replace the secure structures and welfare systems that cities once aspired to.”

And while the above criticism better applies to non-art-related pop-ups, the question of “what influence should a pop-up have on a city?” has yet to be regularly confronted. Just months after the Museum of Capitalism started to move out, Bay Area–favorite Tartine Coffee Manufactory was on its way in. The Jack London Square Marketplace, a food market that is the centerpiece of a $300 million redevelopment initiative, will soon exist in the museum’s former building.

But those behind the pop-ups would argue that while their installations may not affect people’s lives or their host cities in any major material way, they can generate discussion around topics that may be taboo and deserving of investigation.

“One of the main responses the [political] right had to the project dismissing it as being [created by] know-nothing millennials, but a lot of the people involved were older. It’s controversial in this country to even say the ‘c’ word, but it’s not like we were advocating for the other ‘c’ word,” Furstnau said, respectively referencing capitalism and communism. “But since 2007, the Great Recession, it’s been more okay to question things.”

Amanda Arnold is the weekend editor and politics contributor at New York Magazine's The Cut.