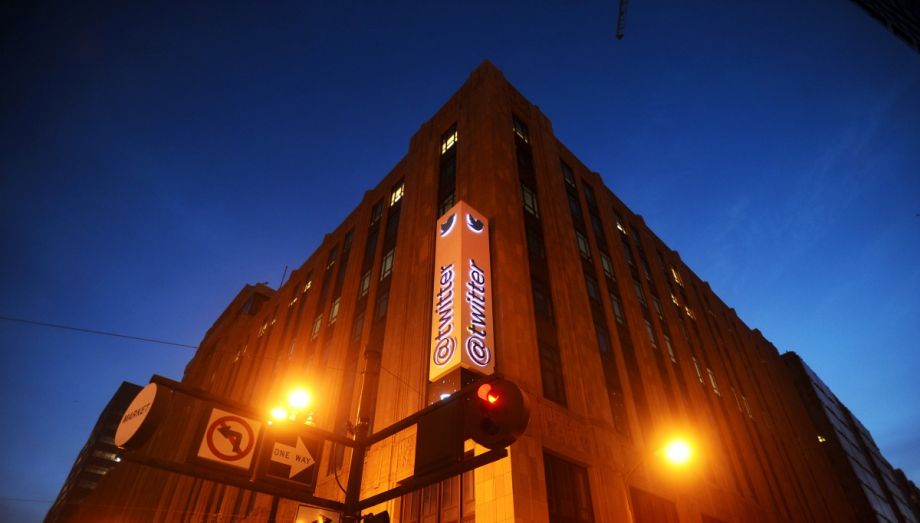 It’s one thing to hear about a Twitter way off in S.F., but it’s another thing to know neighbors who work at a homegrown tech success story. (AP Photo/Noah Berger)

More and more cities are hoping to grow by playing host to a tech scene. And the truth is, almost any city of any size, at this point, probably has at least a small number of startups in it. But there’s a difference between having some startups and really having a viable tech scene.

Madison, Wisconsin’s EatStreet is a good illustration. It facilitates both ordering from restaurants and the web presence for its member restaurants. Its cofounder, Matt Howard, says that the company had 15 full-time employees at the start of the year, now up to 50 full-time and 30 part-time. That’s not the kind of growth a city wants to lose, but Madison almost did as the firm’s founders had to keep flying to Silicon Valley looking for investors. Philadelphia lost Invite Media when it was acquired by Google and moved to New York, presumably because the company didn’t think its home city had what it took to make Invite’s ad-tech platform pay.

Having covered technology and watched startup communities for even longer, I’ve made a list of attributes that cities with sustainable tech ecosystems seem to have. Then I ran it by some experts with experience in the innovation economy to flesh it out. Until all these elements are in place, a city is unlikely to see any of the effects above. Here’s what a place needs.

At Least One Big Winner

People are more likely to take the risk to become tech entrepreneurs if they know people who have done it and done it well. It’s one thing to hear about a Twitter way off in San Francisco, but it’s another thing to be in Madison and know several people who work at homegrown success story Epic Systems. Anthony Townsend, author of Smart Cities, says, “I like to think of these as finishing schools/networking places. Look at all the people in Seattle that got their careers started and met at Microsoft or Intel or Cisco.” The same can be said of every big tech company across the country. In Raleigh, serving as the home to Linux purveyor Red Hat hasn’t just meant jobs, it’s also meant lots more local businesses launching. City politicians can’t control whether a hometown startup will go big, but a city can get the pieces in place to make it less likely that a company has to leave if it does.

Capital needs to be near enough that entrepreneurs can travel to take a meeting with a potential investor and get back home (or to the office) within a day — which means that fast transit between cities is good for entrepreneurship. Trains are especially good since founders keep working as they travel. John Provo, from the Office of Economic Development at Virginia Tech says, “You should also be thinking about systems of capital (angels, seed funds, early stage funds) that move companies towards venture ready status.” Investors specialize in different stages of companies, so a city needs to be able to support the full cycle, from startup to going concern. Provo cites several Blacksburg companies whose proximity to the D.C. Metro area has allowed them to raise some impressive rounds in the last few years.

In America, this is going to be a university more often than not, but Townsend points out that in other countries that isn’t always the case. It’s the military in Israel and the government in parts of Asia, he said. Regardless, some piece of the establishment that’s in the business of creating knowledge needs to also be looking beyond itself and into the world of practice. Chuck Eesley, a Morgenthaler Faculty Fellow at Stanford University, explains how a former engineering school dean in the ’50s is credited for laying the foundation of what we now know as Silicon Valley. Among other things, he established a university research park and encouraged students and faculty to get involved with entrepreneurship. In New York City, NYU is working very hard to fill that role, but former Mayor Michael Bloomberg hedged his bets by launching Applied Sciences NYC so that several universities could inculcate risk-taking makers.

The creator of Delicious.com, Joshua Schachter, says that one aspect of cities that inhibits entrepreneurs is leases. When all you have is an idea and six months of savings to live on, you can’t sign a 10-year lease. Coworking spaces, where individuals or firms get a piece of a larger office on short-term commitments, solve this immediate problem. They also provide ready advice just one desk over, freelance contacts, ready-to-use IT and professional meeting space. In Madison, technologists have formed a coalition to launch Starting Block, inspired by Chicago’s 1871.

Disclosure: I am a tech reporter on the ground in Brooklyn. Journalists covering a scene draw talent and buzz, and their coverage helps entrepreneurs, developers and investors find each other.

It takes all kinds to run a tech company. Business people. Designers. Salespeople. Visionaries. That said, it takes lots and lots of engineers. As much off-the-shelf software as there is today, at a certain point a real innovator will need something bespoke, and that’s where developers come in. While they earn a good salary, engineers want to be truly interested in the work and they want to hang out with other people interested in their own, similar work. So they flock together. Provo says when Rackspace acquired Webmail.us it kept its operations in Blacksburg so it could stay close to newly minted Virginia Tech talent. In New York, the battle for engineering talent is fierce. There’s so much demand that a whole startup industry has grown up around teaching people to code.

Chattanooga has made broadband access a public utility. Kansas City was the first to get Google Fiber. The Kansas City Startup Village was bolstered by super high-speed Internet there, and Ben Barreth established Homes for Hackers to give developers a place to work with Google Fiber in K.C. The real benefits of being so much faster than the rest of the country may not be realized until some more cities catch up. That said, NYC’s Mayor Bill de Blasio knows that the spottiness of his town’s broadband access is slowing everyone in his town down.

Meetups, demo nights, hackathons, game jams and networking events don’t just happen. Someone has to do the work to put them together. It’s important enough that one Atlanta entrepreneur is working to establish a dedicated event space as a gathering place for that city’s tech scene.

Some of these elements may be less an essential ingredient of a full ecosystem and more the inevitable outcome of one. It may also be that something is missing from this list. For example, more than one of the leaders I spoke with suggested that political leadership is key to helping a scene take off. That said, the world may have flattened, but it still isn’t flat. It takes more than a laptop and a dream to build the next Google, contrary to the myth, and the places that have those resources at hand are the ones that make Googles. The man who invented the term “rise of the rest” is on a televised road trip right now exploring these same issues. This list is meant to add to that conversation. So what’s missing? And for community leaders looking to execute on a list like this, where are you going to start?