How Blockchain Technology Could Make Zoning Work for People – Next City

How Blockchain Technology Could Make Zoning Work for People 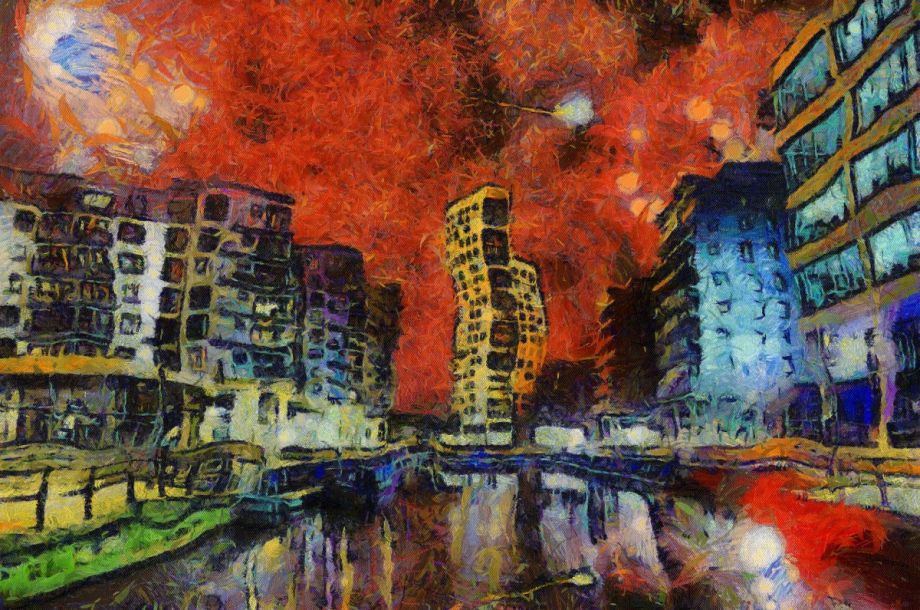 Picture this: A developer owns a plot of land in a gentrifying neighborhood. Under current zoning codes, and with current market incentives, the best bang they could get for their buck is to build high-rise luxury apartments. But this neighborhood doesn’t need luxury apartments. It needs a supermarket, and affordable housing for current, low-income residents. The existing zoning code isn’t designed to consider those needs. It just states that this plot is zoned residential.

Now, a group of researchers are working on a vision for a new type of zoning and a different incentive system that might be able to respond more dynamically to communities’ needs — using machine-learning algorithms, big data, and blockchain, the same technology underlying Bitcoin.

Under their system, someone would take an inventory of that same hypothetical neighborhood’s current housing stock, mobility patterns, demographics, amenities, energy consumption, and other factors. Then a simulation model would propose solutions to maximize residents’ wellbeing, using tokens — think cryptocurrency — as a new system of exchange.

So, for example, if the goal is to protect residents from displacement, the algorithm might value longevity: Anyone who has lived in the neighborhood for over 10 years gets a token. That same developer could still build, but they might be required to rent or sell only to holders of this particular token. Community members would have a say in what the algorithm values. Maybe people with vital professions like school teacher might also qualify for the hypothetical housing token.

“It’s not a simple subsidy, it’s subtler than that,” says John Henry Clippinger, one of the brains behind the proposal. “You’re moving beyond market economics into a different kind of economics. This is real value generation that is not appreciated in the market, but it will be reflected in the scarcity and availability of this token.”

They’re far from the first to recognize the limits of the dominant zoning model, which designates different geographic areas for different land uses, like retail or light industrial. Jane Jacobs blamed such codes for lifeless neighborhoods, pointless sprawl, and growing inequality. Cities are already experimenting with other models, like performance zoning, incentive zoning, and form-based codes.

Larson and Clippinger’s vision shares some commonalities with both performance and incentive zoning. Like the former, it’s intended to make zoning more sensitive to outcomes, like whether or not a new project creates jobs or improves street life. Like the latter, it tries to set up a new system of incentives for developers and other urban players, so that the bottom line isn’t the bottom line.

“It’s very difficult to get developers to do something other than a traditional business model. Keeping it static and just based upon returns on investment and square footage is not the way to do it,” says Clippinger.

What really sets their proposal apart, though, is the technology. At MIT, Larson heads a project called CityScope, where he develops more dynamic urban planning tools. He and his researchers have designed interactive scale models to help the mayor of Hamburg, Germany, for example, as he figures out how to settle 80,000 refugees without creating segregated ghettos. Using optically tagged Lego bricks, augmented reality, and algorithms that draw on troves of data about housing, mobility, and land use, the mayor and neighborhood stakeholders were able to move potential housing units around an interactive map of the city and see the cascading effects.

In this video, Larson demonstrates a similar model of Cambridge, which can show how people of different incomes interact, or don’t — and how mixing affordable housing throughout a district, rather than clustering it together, can increase integration. The goal is “evidence-based design and decision-making” that looks at every project, every parcel, in context. CityScope is already working with Barcelona to implement some of these ideas in their 22@Innovation District, and with South Korea, as that country develops entirely new cities from scratch.

But the idea of algorithms and machine learning shaping our cities worries many. Solomon Greene is a land use lawyer, urban planner, and senior fellow at the Urban Institute, whose research focuses on how housing, land use, and technology can be used to create more equitable cities. When TechCrunch wrote about Clippinger and Larson’s proposal, Greene got a lot of emails about it.

“I definitely think the idea of creating new mechanisms to have zoning be more flexible, more responsive to real-time needs, I think there’s an element of that that has value,” he says. In some ways, he sees the proposal as just a “technology-enhanced version of an old idea”: that people vote with their feet, and will leave a neighborhood if it lacks the amenities they want and need. Thus, local governments should think about zoning and other incentives to attract those amenities.

What concerned Greene, though, was the imagined city dwellers in that article. Though Larson and Clippinger believe this type of zoning could make housing more affordable, the article seemed more concerned with the needs of the “knowledge economy worker” — hardly a city’s most vulnerable residents.

“I think starting with that as your paradigmatic audience or who you are trying to satisfy is really problematic,” he says. Think about the example of the school teacher who gets a token to qualify for subsidized housing in a neighborhood.

Clippinger says the community would have input on what types of professions and other social qualities the system would value, but Greene is concerned with who in the community would give that input? What about the unemployed? What happens if the results turn out to be wildly disparate based on race and class?

“Against the backdrop of structural racism, structural inequality, you’re going to amplify past inequities [within] the algorithm,” he says.

Greene also wonders where people would turn if a system like this failed to achieve equitable results.

“Machine learning and artificial intelligence could actually make it harder to hold public decision-makers to account. Because they could always say, ‘it’s the algorithm,’ as opposed to having a public person you could vote out of office,” says Greene.

Clippinger knows there’s a need for protections in a system like this. But, he says, “The problem with the guards is the guards get captured. How hackable is democracy? It’s amazingly hackable.”

In other words, he does harbor suspicions of a centralized point of control in making these decisions. Clippinger says this is not zoning by Google. There would be no one tech giant controlling all of this information, but rather a system of randomization, peer-to-peer governance, and other protections.

On the website for the Token Commons Foundation, a group that advocates for protocol around crypto-tokens, Clippinger writesabout mathematics as “the sole and intrinsically verifiable authority that cannot be manipulated nor subverted. … [M]ath combined with digital crypto-currencies provides a practical opportunity for providing something that has been missing throughout human history, a provable, incorruptible token of universal value exchange and trust.”

Whether or not this all sounds like a tech dystopia depends on where you’re standing. “This is not a top-down, all-seeing system, this is dynamic, changing, and people-centric,” says Clippinger. Yet so far, the idea has primarily been tested in innovation districts and new cities being built more or less from scratch, in which governments are able to exert a lot of top-down planning control.

Either way, Clippinger says planners need to embrace technology in city building. He doesn’t want cities to look like Silicon Valley, or San Francisco, but, he says, “this is the problem, people equate technology with a particular ideology. So if you’re tech-oriented, [and] see solutions technologically, it means you’re a Silicon Valley type.”

Rather, he holds up Barcelona, known for its thriving public life and concern for the commons, as an example of the healthy, future-oriented city. He says Barcelona is currently engaged in conversations about decentralized data ownership, and implementing many other ideas Clippinger would like to see spread. According to Clippinger, that’s what it will take to find out whether this is an achievable utopia.

“We need to see it succeed somewhere,” he says.