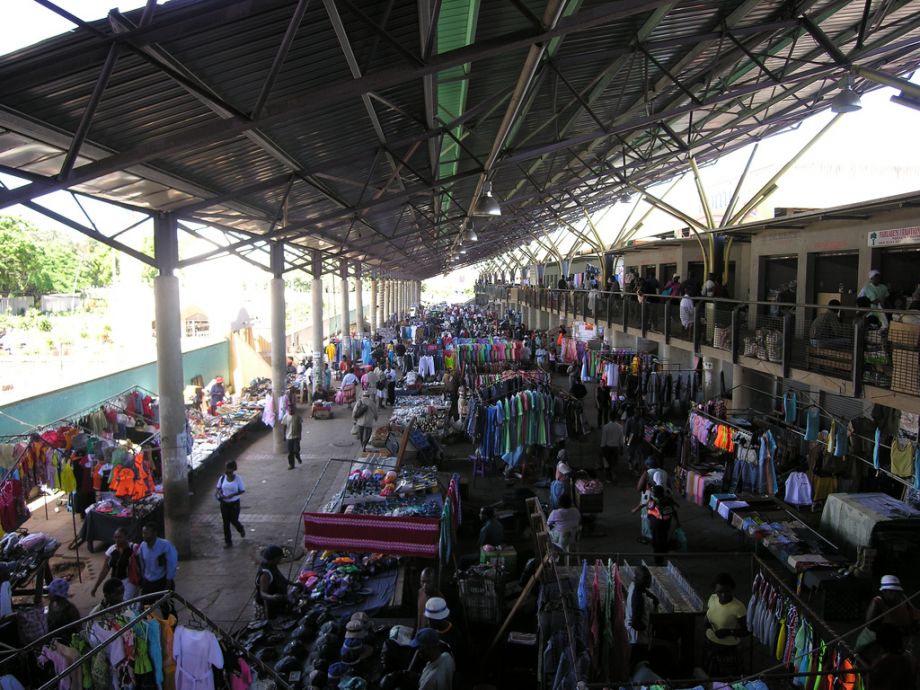 True enough anywhere, and in a place like Durban, doubly so. Home to the continent’s busiest harbor and manufacturing giants like Toyota, big business is the lynchpin of the city’s economy. But even here, small and medium enterprises play a critical role. Layman’s organization lists 2,700 member firms in the city; he reckons this represents between five and ten percent of all businesses in the city.

The chamber represents endeavors of all types and sizes, from globally recognized brands to corner-store mom-and-pop shops. These businesses all mix at the annual Durban Business Fair, held every year and now in its fifteenth year. The fair gives small, medium and macro enterprises a platform to showcase their goods and services. It’s recognized for having turned hundreds of fledgling firms into self-sustained companies. When it started, it had 100 exhibitors; now more than 500 small businesses attend to be seen by 11,000 visitors, partner with bigger companies and attract the interest of venture capitalists.

“These are businesses that have become national and, better yet, they are getting work in the private sector, not by relying on government tenders,” says Zama Pakathi, who has been involved in publicizing the fair for years.

That’s significant a country that is fast becoming known as Africa’s biggest welfare state. Last year a report by the South African Institute of Race Relations said more people in South Africa were receiving social grants than had jobs, prompting economist Mike Schussler to describe South Africa as the biggest welfare state in the world with a dependency ratio of three people to one taxpayer. This year it emerged that more than 16 million South Africans (of a total population of 50 million) received grants in the form of state pensions, disability allowances, child support grants and other stipends.

Durban Business Fair organizer Phillip Sithole believes the way to fix that is by encouraging entrepreneurship. “Consistency and determination when nurturing a business is the road successful entrepreneurs have to walk,” says Sithole. “Most of them started small.”

Mpume Nkomo is a perfect example. Her business, LNK Décor and Designs, was helped immensely by the fair. “I managed to sell lots of my products at the fair. I secured orders and I am now known to people who didn’t have a clue that I existed.”

Stories like this illustrate why Durban invests so much of the city’s money putting on the annual event: $6 million since it was launched – big bucks in South Africa. “Durban does everything it can to nurture self-starters. We’ve created a platform for growth,” says Sithole. “The fair alone has contributed immensely to the city’s economic viability… We’ve helped nurture enterprises and facilitated business development. The top 15 businesses exhibiting at the fair this year, for example, have a combined turnover of more than $5 million. Almost all the firms that have exhibited have grown. Collectively they have created more than 2,000 sustainable jobs.”

Running parallel to the fair is work being done by Protas Madlala and his colleagues at the Small Enterprise Development Agency (SEDA), whose clients often exhibit at the fair. The organization provides 16,000-square-meters in mini-factory units in downtown Durban to startups, providing subsidized rental premises to more than 60 tenants. Madlala says he’s seen small businesses blossom with the city’s support.

“Every little initiative counts,” he says. “We’ve a helped a host of businesses. For example, a private ambulance service was started by two youngsters without access to a bank loan. Now they have five vehicles and are really successful.”

Madlala says some of these companies are now exporting to other African countries. “We’ve also set up a cooperative division. One of the small businesses was trained in Germany and now they clean the train station [in Durban]. We’re trying to bridge the gap between entrepreneurs and a lack of technical training. We help 5,000 businesses every month with everything from business registration to management training.”

Successful small businesses are critical in creating a viable, sustainable city says Glen Robbins, the city’s former economic head and now a researcher and lecturer at the University of KwaZulu-Natal’s School of Development studies.

“Support such as the small business fair and other government programs… demonstrate that the city is keen to help cultivate more small businesses that can help grow the economy and create jobs.”