Hospitals Play a Key Role in Building Pathways Out of Poverty 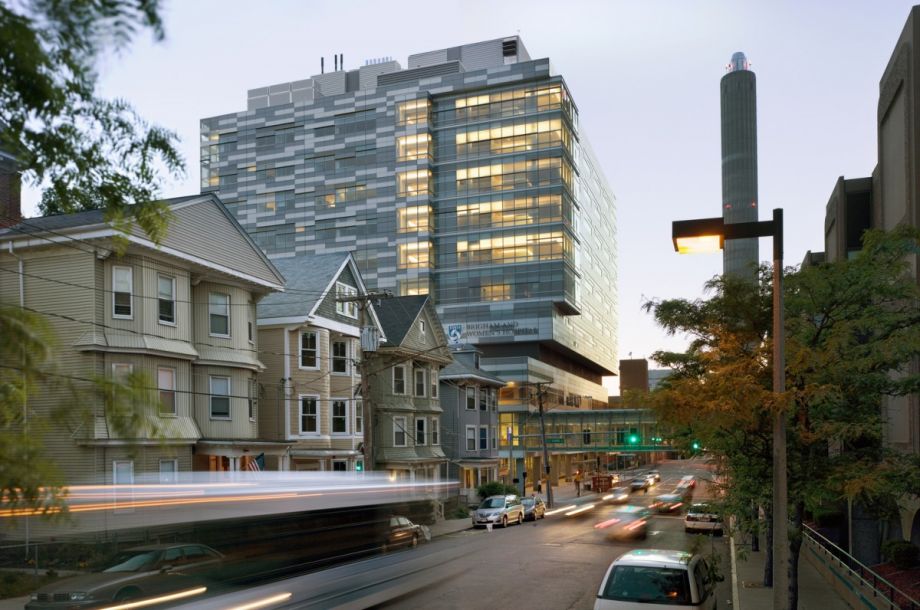 As jobs in many low-income neighborhoods have migrated to suburbs (or overseas), so have retailers and newer housing for those well-off enough to pull up roots. Not so for the large hospitals that have substantial capital investments in existing buildings. Public hospitals in particular tend to find themselves embedded in some of the most distressed communities in America.

As a planner working with many stressed cities in the “Rust Belt,” I frequently find local hospitals are the last and most committed economic anchors, but also the ones most impacted by economic decline in urban cores. City governments are searching for ways to leverage the economic benefits of these anchor institutions for the benefit of the larger community. And some forward-thinking governments, along with aligned organizations and foundations, are now advancing policies and programs to do so.

For example, in Cleveland, the nonprofit development organization University Circle, Inc. has been cooperating with the city’s many world-renowned hospitals to enhance the surrounding neighborhoods. One such initiative, Greater Circle Living, is an employer-assisted housing program created to encourage eligible employees to live closer to their jobs, thus strengthening the local housing market and reducing traffic congestion on regional roadways.

So how can regional healthcare institutions that are struggling to provide quality care and attract new insured patients benefit from these types of efforts and develop their own?

Think Local
Under new accountable healthcare mandates, hospitals no longer necessarily profit from serving unhealthy populations as they may once have. Many local hospitals want to improve their positioning, marketing and general appearance for insured patients, but they also need to address the general health of the local populations which suffer from the highest preventable disease rates. Urban hospitals across the country treat residents in communities where nearly half the population is either uninsured or on Medicare. Treating population health issues and their causes is now more important than ever to reduce healthcare costs.

In the past, responses to poor local conditions may have led hospitals to clear blight in their vicinity, or to turn their backs on negative conditions in an effort to screen the problems and present a brighter face to their regional customers. Security frequently took the form of a siege mentality: fencing or large parking lots that separated troubled neighborhoods from secure zones within the campus. This approach did not do much to reverse neighborhood decline or negative impacts on the anchor institution, nor did it improve health outcomes of local residents.

Practice what you Preach
As in Cleveland, the Aultman Health Foundation (an integrated health system with two hospitals, a health plan and a college) in Canton, Ohio, is demonstrative of a more comprehensive approach. Aultman remains within the city limits, serving the city’s reduced urban population of 70,000 as well as the growing metropolitan-area population of 400,000. While the neighborhood is arguably less blighted than the surroundings of other famous urban hospitals, the contrast is striking for patients and employees, and local conditions do not support healthy lifestyles for nearby residents.

The health district could eventually involve the entire neighborhood of 40 square blocks where, for example, existing residents would have access to a much-needed wellness center, outpatient clinic, quality daycare and healthier food options. Local residents will share these resources with hospital staff, nursing students, patients and patients’ families. Nursing students, medical residents and staff will find housing in the immediate neighborhood in renovated homes or in new apartments. Redesigned roadways will reduce accidents and provide safer pedestrian crossings for kids and the elderly. Parks and tree-lined streets will encourage residents and patients to get outside in a safer neighborhood.

Be the Convener
As one might expect, some healthcare institutions are cautious about exercising skill sets beyond providing healthcare. They were rarely organized, or willing, to take on community blight or mixed-use development projects. But they are good at team-building. And this “Health district strategy” takes many players — healthcare institutions, governments, foundations, private enterprises, even architects and planners — to succeed.

Aultman Health Foundation, by working with the city of Canton and their comprehensive plan, has begun to develop a comprehensive strategy for neighborhood transformation that involves an expanded group of stakeholders. At this point Aultman has convened city government, the Ohio Department of Transportation, the Canton Community Development Corporation, a local foundation and a private real estate developer to create a blueprint for a health district. From fixing blighted houses to rebuilding roadways and adding needed retail and services, each of these players are addressing specific coordinated actions that are essential for success.

Aultman Health Foundation and Cleveland provide examples for other progressive healthcare institutions to follow. Anchor institutions can take a look at their surrounding communities to find win-win opportunities. One needn’t be a world-class center of medicine like the Cleveland Clinic to make a difference in one’s own community. Rather than retreat from each other in fear, institutions and communities can actively engage to reverse decline and surround the hospitals with the goods, services and housing that will heal both.

Alan Mountjoy is a Boston-based urban designer and architect at NBBJ, named one of the world’s most innovative firms by Fast Company. He is a regular instructor at the Harvard Design School and teaches on design guidelines for urban design and planning, and riverfront development.